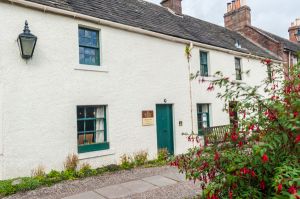 See the simple house where JM Barrie, author of Peter Pan, was born. The upper floors are as Barrie would have known them, while the adjacent house has an exhibition on Barrie and his literary works.

On 9 May 1860 novelist and dramatist James Matthew Barrie was born in this simple two-storey house on Brechin Road in the heart of Kirriemuir. Barrie's childhood here formed the basis for his later Peter Pan novel.

Barrie's older brother David died in a skating accident when James was just 6 years old, and the tragedy affected Barrie's mother deeply. The young James tried to bring his mother out of her inconsolable despair by dressing as David and even learning to whistle like his elder brother. David was always 'the boy who wouldn't grow up' to his mother, and the family's heartbreak created the idea for Peter Pan and the Lost Boys.

The character of Peter Pan first appeared in a 1902 novel entitled The Little White Bird. This was followed by a stage play in 1904 called 'Peter Pan; or, The Boy Who Wouldn't Grow Up', and finally in 1911 by a novel based on the play called 'Peter and Wendy'. Barrie's enduring character of Peter Pan has appeared in numerous films and is remembered most famously by a statue in Kensington Gardens, near Barrie's London home.

Though the ground floor of the house has been altered, the upper floor rooms have been restored to look as they would have done during Barrie's childhood. There are also numerous personal items from later in his life when he became a celebrated writer. Objects include the cradle where the infant Barrie slept, and his christening robes (used by his nine brothers and sisters and loaned out to others in the parish).

Later items include the writing desk from his London flat, and a letter to Princess Margaret promising a royalty of 1 penny for every performance of his last play, The Boy David. You can see the kitchen, study, and bedrooms, and on some of the beds costumes for Peter, Wendy, and the Lost Boys are laid out.

See the small outdoor communal washhouse that was Barrie's first theatre. It was here that he produced and performed in his first play at the age of just seven, and the wash house served as the inspiration for the 'Wendy House' built by the Lost Boys.

The neighbouring building (number 11 Brechin Road) has been fitted out as a museum and features an exhibition called 'The Genius of J M Barrie', with a focus on his theatrical works and novels.

A short walk away is the kirkyard, where you will find Barrie's grave and memorials to other members of the Barrie family. Above the burial ground are a large park and playing fields where you will find the pavilion that the cricket-loving Barrie donated to the town. The pavilion features a camera obscura, offering wonderful panoramic views over the surrounding area. 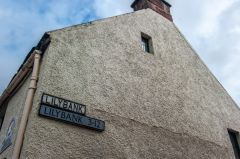 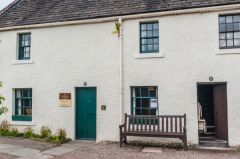 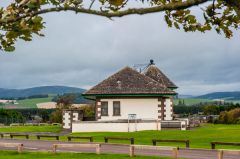 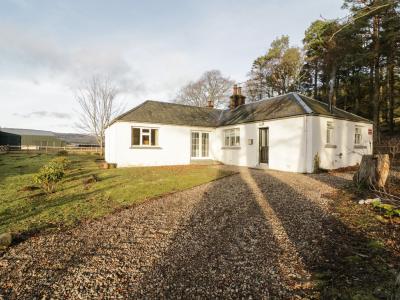 A detached bungalow located near Kirriemuir in Angus, Scotland that can sleep five people in two bedrooms.
Sleeps 5 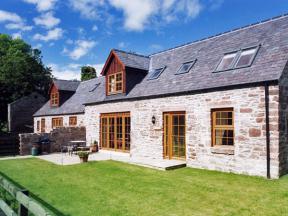 With a spacious open-plan living-area, this property has been designed to provide stylish, comfortable accommodation for six people across one twin and two double rooms.
Sleeps 6