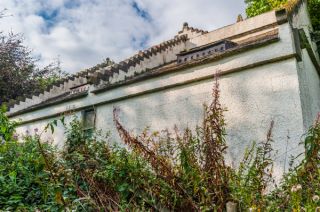 A 16th-century dovecote ("doocot") believed to be the largest in Scotland, with over 2400 nesting boxes. The doocot was built by the Earl of Crawford.
NOTE:
When we visited, there was a chain link fence restricting access to the doocot and a notice from the National Trust for Scotland announcing that the doocot was closed pending essential repairs. It looked like the notice had been up for some time and the lane leading to the site was overgrown, so it doesn't look like they are making those repairs a high priority. Given that, perhaps the best way to actually see the doocot is simply to drive by in the northbound lane of the A90 - you can see it clearly immediately south of the exit for Oathlaw.

UPDATE:
It appears that the National Trust for Scotland is planning a major refurbishment of the doocot, using traditional tools and techniques to repair the deteriorating masonry, rebuilding damaged walls, re-harling, and lime-washing the exterior. So at least the doocot is not simply being allowed to decay!

If you take the Oathlaw exit you'll find the lane to the doocot about 100 yards from the exit, on your left. 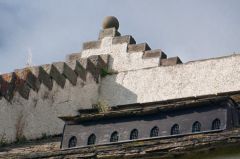 More self catering near Finavon Doocot >>

This wonderfully converted cottage rests peacefully in the hamlet of Aberlemno near Forfar and can sleep six people in three bedrooms.
Sleeps 8 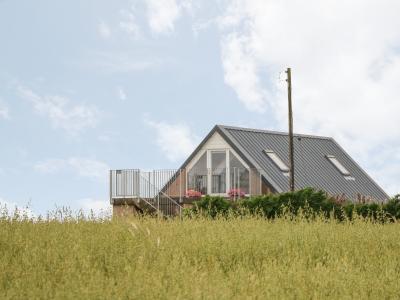