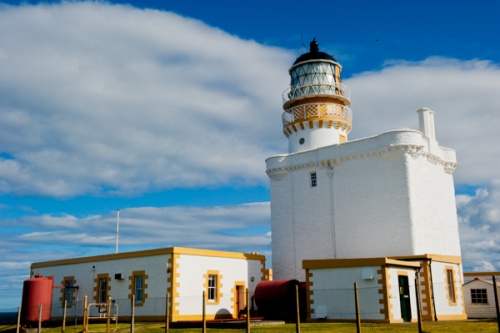 Take a guided tour to the top of Kinnaird Head Lighthouse, a 16th century castle converted into a lighthouse by famed Scottish engineer Robert Stephenson. The museum contains a large collection of lighthouse equipment and a multi-media AV presentation.

In 1824 Robert Stephenson of the famous Stephenson family of engineers was called in. He completely re-engineered the original light and built a new tower amid the castle buildings. It is this tower we can see today.

Stephenson's light was fixed, but in 1902 it was converted into a revolving light that flashed every 15 seconds. Also in 1902, a large foghorn was erected on the cliffs west of the lighthouse.

The light and foghorn were replaced by an automatic light in 1991, and the lighthouse tower and associated buildings were converted to serve as the Scottish Museum of Lighthouses in 1995.

You approach the lighthouse through a series of odd-looking concrete pillars, like a forest of branchless trees. This is the net-drying area, where fishermen would spread their nets. There are guided tours of the lighthouse and the associated buildings, and you can climb to the top of the lighthouse tower. 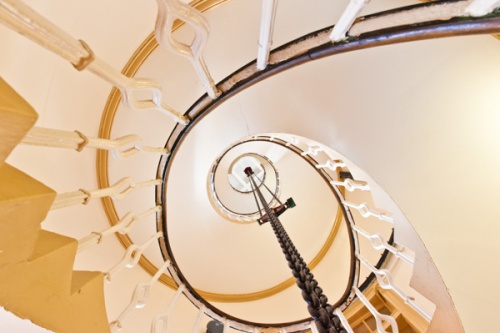 Behind the lighthouse, on the edge of the cliff, is the Wine Tower, a peculiar late medieval structure that is the oldest building in Fraserburgh. It may have been built by the powerful Fraser family as a chapel, or it may have been a form of Customs house. The interior chambers are vaulted and feature finely carved pendants. And, naturally, this being Scotland, there is an old tale associated with the tower.

Death of a Piper

It seems that a piper fell in love with the laird's daughter. Her angry father put the piper in prison in the lowest chamber of the tower, and locked his daughter in an upper chamber. The tide came in and drowned the piper, whereupon the daughter threw herself in despair from the tower window onto the rocks below, staining the rocks with her blood.

Each year, the lighthouse keepers threw red paint on the spot as a mark of respect, and it is said that the lonely sounds of a pipe can still be heard. I checked, and yes, there is a large discoulred area on the rocks at the base of the tower that is stained a dark red hue. Coincidence?

Beside the lighthouse museum is the Fraserburgh Heritage Museum, a former Scottish Museum of the Year winner. 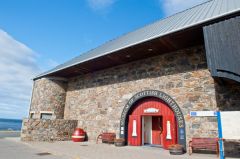 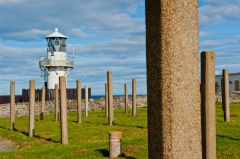 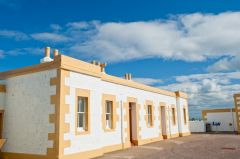 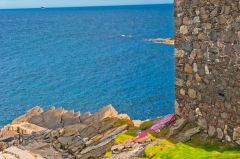 More self catering near Museum of Scottish Lighthouses >>

More bed and breakfasts near Museum of Scottish Lighthouses >> 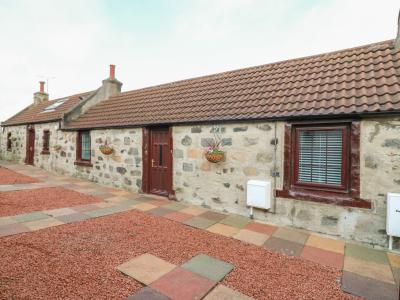 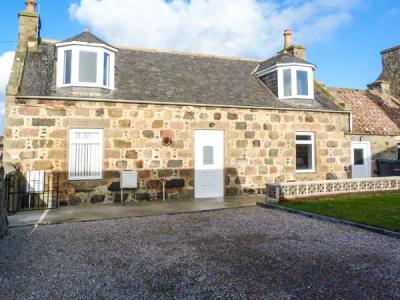 This fresh stone cottage is in the village of St Combs near Fraserburgh in Aberdeenshire and can sleep four people in two bedrooms.
Sleeps 4