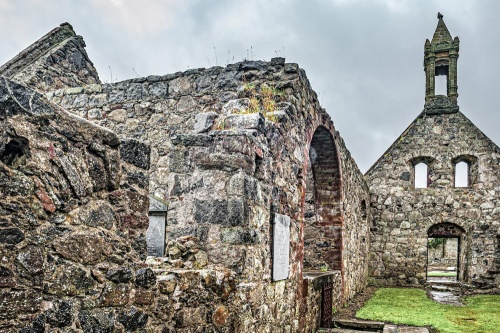 The church was built shortly after 1630 in a mix of Renaissance and Gothic style, with a striking belfry over the west gable. The walls still stand to full height.

The church is of a simple design, on a T plan, with a south aisle accessed via an external stone stair. Immediately to the north of the old church is the present kirk, which replaced it in 1890. A watercolour painting depicting the Old Church hangs in the newer building.

From 1636 to 1781 the south aisle served as a burial vault for the Forbes family of Pitsligo, whose fortified tower house, known as Pitsligo Castle, stands further north on the outskirts of Rosehearty. 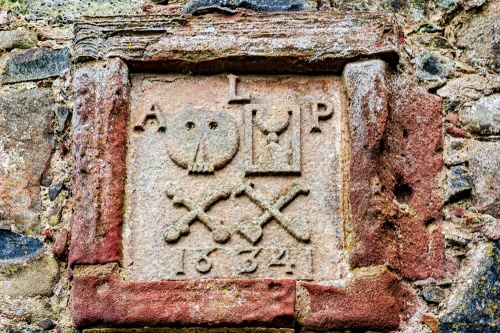 1634 grave marker with symbols of mortality

In 1633 Alexander Forbes of Pitsligo petitioned the Scottish Parliament for permission to combine the existing parishes of Aberdour, Fraserburgh, and Tyrie to form the new parish of Pitsligo. This was the last parish created within the Synod of Aberdeen.

It is entirely possible that Alexander Forbes began construction of a church at Peathill before receiving Parliamentary consent, possibly even prior to 1630. The new church was known locally as 'Cant's Kirk, after its first minister, Andrew Cant, and 'The Visible Kirk', because its belfry was a landmark for fisherman at sea.

The church was built with a harled exterior (a lime-based render mixed with gravel), with red sandstone dressings for door and window openings and for the corners of the building. The original roof was of thatch, which was later replaced with slate. 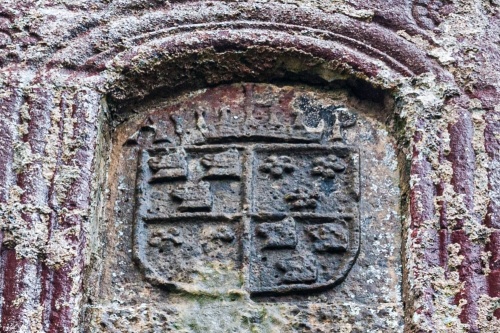 Coat of arms over the west doorway

The most striking feature of the church is the decorative belfry, or bell-cot, thought to have been created by a Dutch craftsman in 1635. The bell-cot was restored in 2003.

It is worth taking some time to explore the burial ground that surrounds the Old Church. There are roughly 145 recumbent tombstones, a form of memorial known as a tablestone. These date to as early as 1643. The earliest tablestone memorials are carved with symbols of mortality such as an hourglass, while later tablestones are often carved with trade symbols.

Entrance to the church is through a doorway under the west gable. above the entry is a worn coat of arms.

Against one wall stands the very large gravestone of Alexander Swan (d 1678), decorated with carvings of a skull and crossed bones, traditional symbols of human mortality. 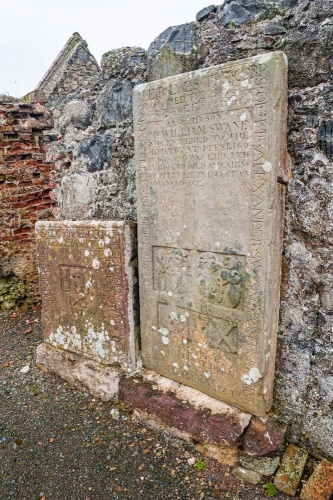 The first minister of Peathill Old Church was Andrew Cant, mentioned earlier. Cant (1634–39) became a leader of the Covenanting movement. A later minister was William Swan ((1687–1716), who was the last Episcopalian minister. He was removed from office for his Jacobite sympathies.

William Mercer served from 1720 to 1767. His son Hugh supported Bonnie Prince Charlie's bid for the throne in 1745. After the Jacobite defeat at the Battle of Culloden, the younger Mercer left Scotland for the New World, where he struck up a friendship with George Washington and became a General in the Revolutionary army. He died in action at the Battle of Princeton in 1777. 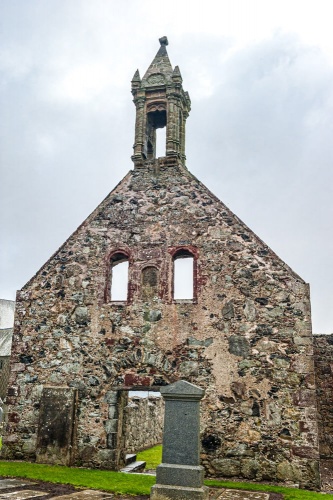 The west facade and 1635 belfry 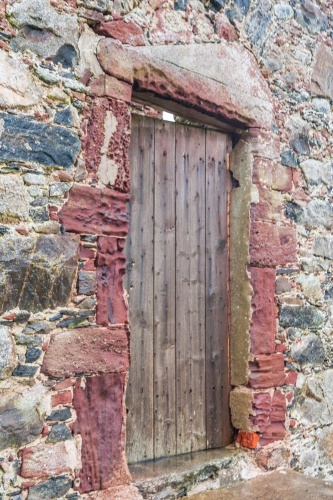 Peathill Old Church is directly beside the minor road leading south from Rosehearty towards Peathill village and Mid Ardlaw. The ruins stand immediately south of the present kirk and burial ground.