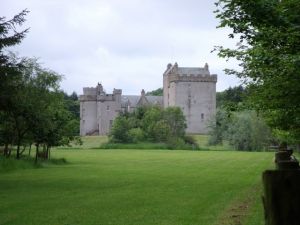 Cairnbulg Castle
Cairnbulg Castle is a historic fortified tower house dating back to the 13th century. The castle stands beside the River Philorth, and indeed, it was originally called Philorth Castle.

The castle was founded by the Comyns, Earls of Buchan, sometime in the late 13th century, at a time when this area of north-east Scotland was under almost constant Norse threat. Though it is now well inland, at the time it was built the castle probably occupied a strategic position guarding coastal approaches.

The stretch of land now between the castle and the coast gradually filled in with sand and silt over the course of time, leaving the castle a long walk from the shore.

The castle was destroyed by Robert the Bruce during his 'Harrying of Buchan', following the Comyn's unsuccessful bid for the throne. The castle was granted to the Earls of Ross, and Joanna, daughter of the 5th Earl, helped restore the castle after her marriage to Sir Alexander Fraser of Cowie in 1375.

They built the imposing tower which forms the central part of the castle we can see today. Sometime in the 16th century a second tower, this time in round shape, and several wings were added.

The Frasers of Philorth sold Cairnbulg in 1613 to pay off debts, and it passed through the hands of several branches of the Fraser clan, until in 1775 it passed to George, 3rd Earl of Aberdeen, who stripped it of building materials and furnishings to use on a number of other houses in the area in which he installed his mistresses.

By the late Victorian period, the castle was a ruin, but then its fortunes changed. It was purchased by the Duthie family, wealthy shipbuilders of Aberdeen. Sir John Duthie restored the castle, and then in 1934 it was bought by Lord Saltoun, direct descendant of the 8th Laird. And so the castle has come [almost] full circle, back to the Fraser family.

Cairnbulg Castle houses a rich collection of portraits, including one of every laird dating back to 1570, and most of their family members and relations as well. As such, it is a valuable collection of family history and a source of information about fashion and art styles over the past 4 centuries or more.

As the castle is a private home it is generally only open to visitors by written arrangement. For contact details visit the Clan Fraser website.

Only a mile away is another historic house, the 18th-century neo-classical gem of Cairness House. At Inverallochy is Maggie's Hoosie, a traditional fish-wife's cottage preserved as a museum, and a few miles distant is Memsie Cairn, a large Bronze Age burial mound.

More self catering near Cairnbulg Castle >> 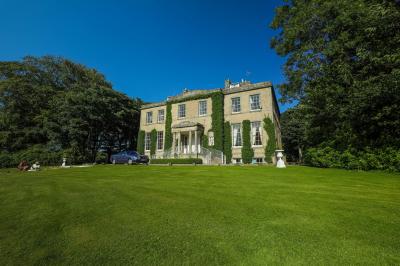 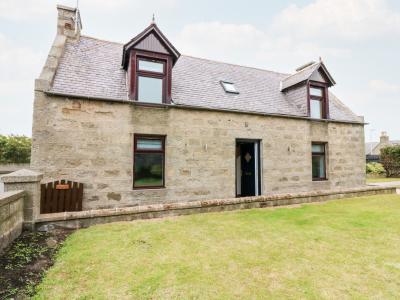 This fisherman's cottage rests in Fraserburgh, Scotland and can sleep six people in three bedrooms.
Sleeps 6