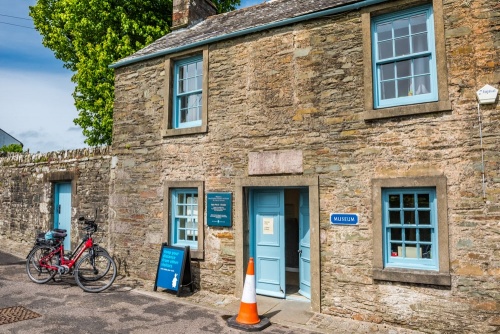 This delightful museum is situated in the grounds of Whithorn Priory, the site of the first Christian church in Scotland, founded by St Ninian in the 5th century. The museum showcases the history of the priory, but the main reason to visit is to see the wonderful collection of over 60 early Christian crosses, among them the Latinus Stone, the earliest Christian memorial in Scotland, dated to AD 450.

Highlights of the museum collection include:

The oldest Christian monument in Scotland, the stone bears a Latin inscription which translates as 'We praise you, the Lord! Latinus, descendant of Barravados, aged 35, and his daughter, aged 4, made a sign here.' The significance of the stone is that it indicates an early Christian presence here in the middle of the 5th century, at a time shortly after the Roman legions left Britain. The stone was reused as a building stone in the medieval cathedral until it was rediscovered in 1890. 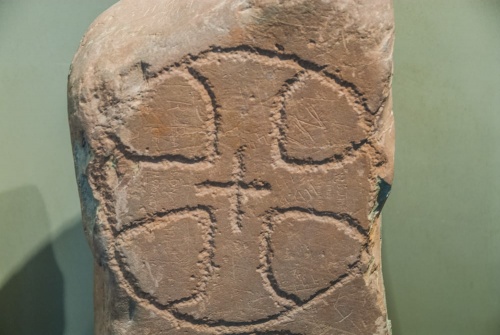 The tallest cross in Galloway, the Monreith Cross stood for many years at a court hill used by the local Maxwell lairds. This was a place where the laird handed out legal judgments, like an outdoor courthouse. The cross may have had iron rings in its shaft for binding criminals.

This small carved cross stood for many years on the main pilgrim route to St Ninian's Chapel at Isle of Whithorn. It may have marked a burial site, and later became a pilgrim destination in its own right.

Aside from these highlights, there are several crosses found at St Ninian's Cave, dating from as early as the 7th century. After you are done viewing the crosses inside the museum, just nip outside the door and you'll find yourself in the ruins of Whithorn Priory, a medieval foundation on the site of Ninian's original monastery.

The museum is on Bruce Street, accessed through the medieval gateway knmown as The Pend, the last surviving gate to Whithorn Priory. 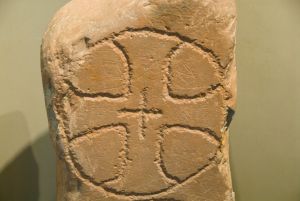 More self catering near Whithorn Museum >> 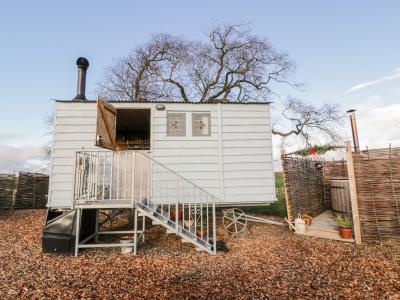 This detached shepherds hut rests in Whithorn, Scotland and can sleep two people in one bedroom.
Sleeps 2 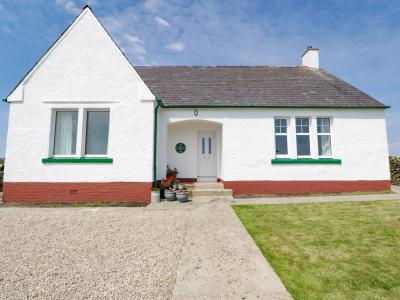 This charming bungalow rests in Whithorn in Dumfries and Galloway and can sleep four people in two bedrooms.
Sleeps 4