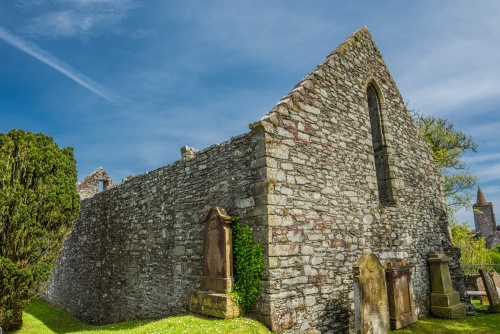 Whithorn Priory stands on the site of the first Christian church in Scotland, founded by St Ninian in the 5th century. The priory later became the cathedral church of Galloway. Perhaps the best feature of the ruins is a beautifully carved Romanesque doorway. Near the Priory stands Whithorn Museum, which houses a wonderful collection of early Christian carved stones and crosses.

St Ninian is traditionally credited with the founding of Whithorn in the 5th or 6th century. The monastery founded by Ninian became an extremely popular place of pilgrimage during the medieval period as thousands of pilgrims came here to visit the shrine of St Ninian.

In the 12th century, a Premonstratensian priory was built at Whithorn on the site of the Celtic monastery. This priory rose in stature to become the cathedral church for all of Galloway. 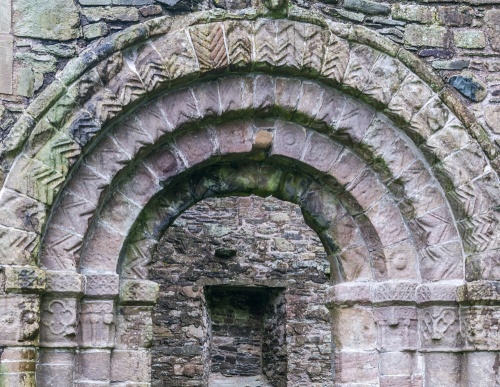 Little of the medieval building remains intact, but St Ninian's shrine can still be seen in the priory vault, beneath the presbytery and high altar. This is approached via a 15th-century vaulted undercroft, which holds an unusual small oven in the west wall, where wafers for mass were baked.

The importance of St Ninian's shrine can be judged by the fact that in 1507, at a time when pilgrimage was becoming a less popular activity, King James IV walked from Edinburgh to pray at St Ninian’s tomb.

Before James came Robert the Bruce, who came to Whithorn to seek a cure for an illness in 1329. In 1563 James IV's granddaughter Mary, Queen of Scots came to Whithorn Priory on a royal progress. Look for the Stuart royal coat of arms over The Pend gateway. 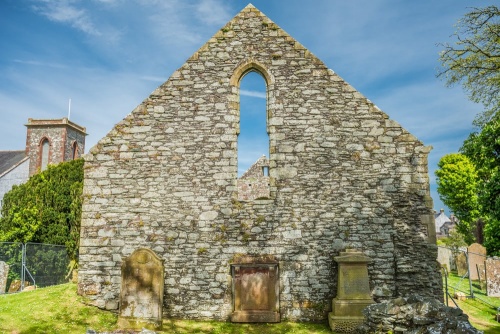 We do not know precisely where Ninian's church was located, but it may have stood near the nave crossing of the medieval priory church. Evidence of several timber buildings has been found, and a possible early Christian burial ground.

East of the church a children's graveyard was found, containing over 45 skeletons, all under 10 years of age. There is some evidence that a Roman or post-Roman whitewashed building stood on the site, which would account for the origins of Whithorn's name, which comes from the Old English 'hwit aerne' (loosely 'white house'). 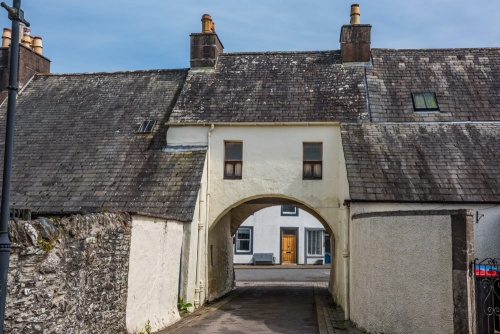 The roofless remains of Whithorn Priory stand at the end of Bruce Street, off George Street, beside Whithorn's parish church. You reach the site by passing through The Pend, a medieval gateway facing onto the old market place.

On the right as you reach the end of Bruce Street is the whithorn Museum, operated by Historic Environment Scotland, where you can see a colection of Early Christian carved stones discovered in the Whithorn region. Among these is the Latinus Cross, the oldest Christian monument in Scotland. 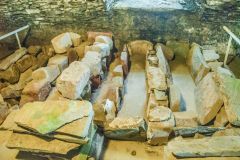 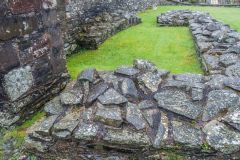 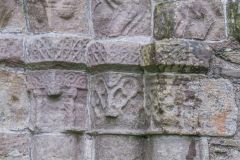 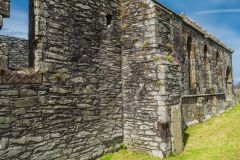 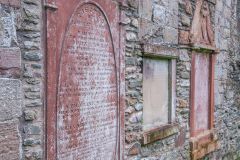 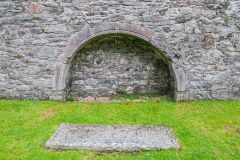 More self catering near Whithorn Priory >> 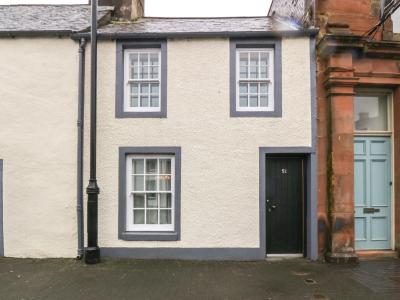 This Georgian cottage rests in Whithorn, Scotland and can sleep three people in two bedrooms.
Sleeps 3 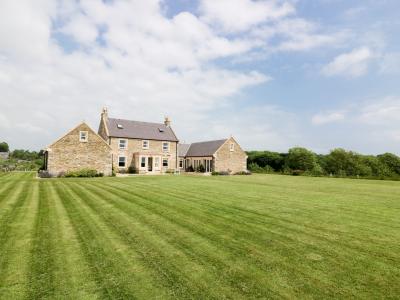 This impressive detached cottage is situated near the burgh of Whithorn in Dumfries and Galloway and can sleep up to 17 people in 8 bedrooms.
Sleeps 17