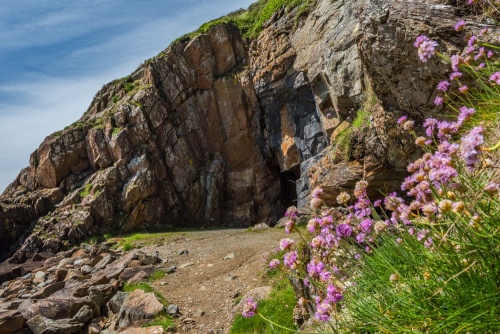 St Ninian's Cave is a natural cave on the southwestern coast of the Machars of Galloway, traditionally associated with St Ninian. Early Christian crosses were found in the cave (these can be seen at Whithorn Museum), and several incised crosses can still be seen carved into the cave walls.

The earliest crosses found at St Ninian's cave date to the 6th and 7th centuries, and suggest that the cave was used by early Christian hermits, probably associated with St Ninian's monastery at Whithorn.

Other crosses range from the 8th to the 11th century, while the carvings on the walls range from the 8th and 9th centuries, with possible later additions. Other items found here include a polishing stone, a handle made of deer horn, and a stone whorl. 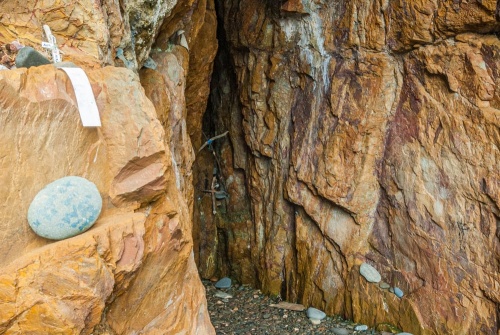 The cave is only about 7 metres deep and 3 metres high (roughly 22 feet by 10 feet). It is possible that it was once larger, but became partially blocked due to rock falls. We do not know at what date the cave became associated with St Ninian, and there is no evidence that the saint ever visited here. But by the early medieval period, St Ninian's Cave was a popular destination for pilgrims.

Even today the cave remains a magnet for pilgrims. Many people leave behind flowers or small gifts of money, and some people bring beach stones marked with crosses. Each year a large pilgrimage is undertaken by the Roman Catholic Diocese of Galloway, which holds a ceremony at the cave entrance.

Do take the time to visit; it is a wonderful location, and it's also well worth seeing the crosses in the Whithorn Museum that came from the cave. 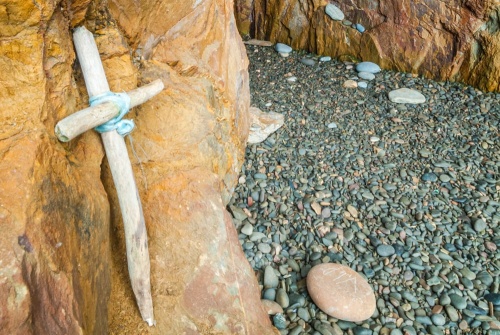 The cave is still a place of pilgrimage today

From Whithorn take the A746 south and turn left after one mile at the Glasserton four-way junction (you will see a war memorial to your left). Look for the brown tourist sign for St Ninian's Cave. After half a mile turn right onto a minor road, again following the brown tourist sign. This ends at a car park near Physgill House. 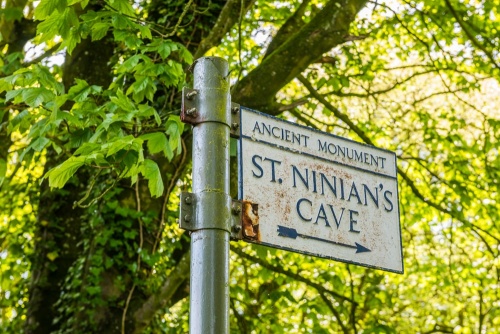 From the car park, take the clearly signposted path that leads along the edge of a farm field before crossing a paved farm road and entering a woodeed area that lines Physgill Glen. The glen is lush with vegetation, including swaths of wild garlic in season. It can also be muddy after rain, so good waterproof footwear is recommended. 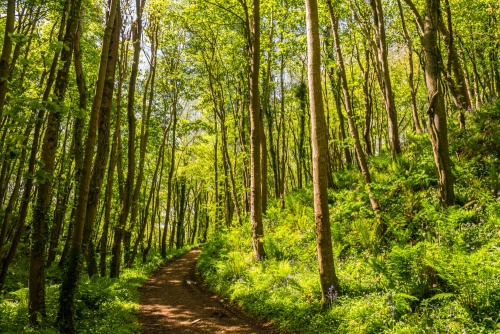 The trail runs through woodland along Physgill Glen

You emerge from the glen onto a pebbled foreshore. A signpost points you right, along the shoreline, towards the cave, which is visible a few hundred yards away. It is slow going due to the uncertain footing, and you do need to keep an eye on the incoming tide, but it is perfectly safe. Though you can easily see the cave from the bottom of the glen, it will take at least five minutes to walk along the shore to the cave mouth. 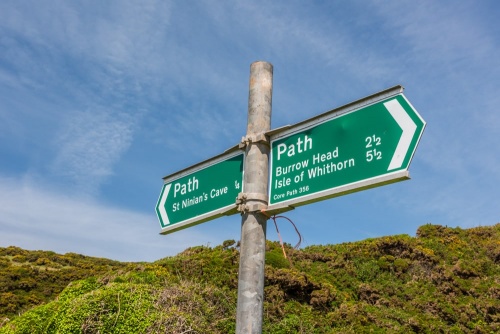 Where the glen meets the shore is a signpost 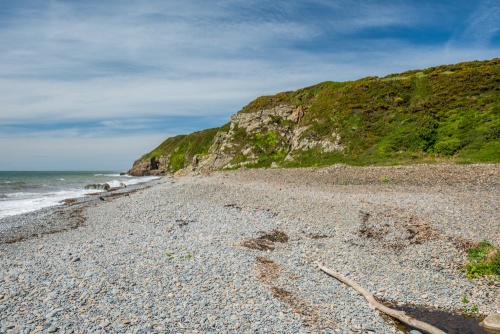 The cave is visible along the shore 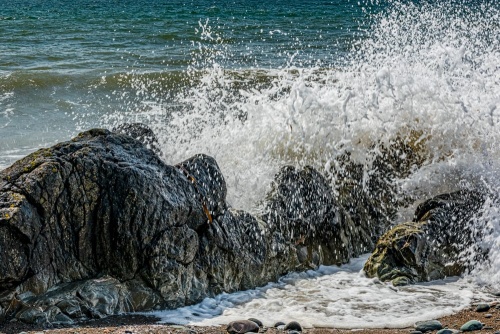 Watch out for waves!

It is perhaps a 20 minute walk from the car park to the cave. 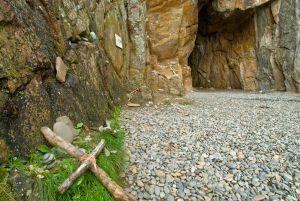 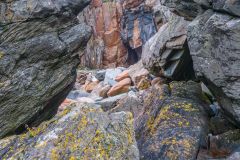 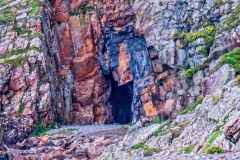 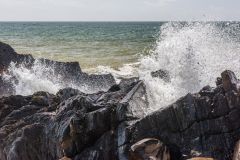