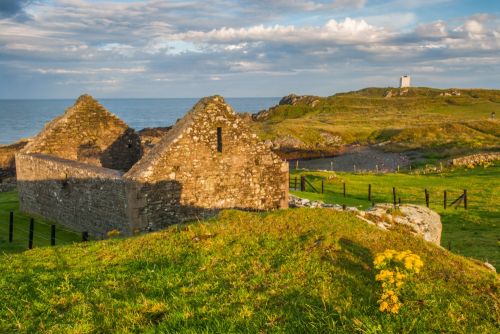 St Ninian's Chapel is a roofless 12th-century chapel erected on the hillside overlooking Isle of Whithorn harbour. The chapel was probably used by medieval pilgrims making their way to Whithorn Priory and the shrine of St Ninian. The chapel is a simple rectangular building measuring about 31' x 16'6" internally. It was built around the year 1300 on the site of an earlier 12th-century building.

Internally the chapel is divided into two sections; a nave roughly 17' square, and a much smaller square chancel. It stands within a semi-circular enclosure, a rough oval about 110 feet long that may belong to an earlier Celtic period of use, perhaps as a burial ground. The chapel ruins were restored by the Marquess of Bute in 1898.

The location on the edge of the cliffs is utterly magnificent.

Pilgrims would arrive on the shore below and make their way up to the little chapel to give thanks for a safe passage. You can still see a medieval stone bench provided so weary pilgrims could sit and rest, looking over the seascape below.

St Ninian's Chapel was just one popular stopping place for pilgrims travelling to Whithorn Priory. Other nearby pilgrim sites include St Ninian's Cave, Laggangairn Standing Stones, and Chapel Finian on the western coast of the Whithorn peninsula.

In a touching continuation of the pilgrim tradition, modern visitors can add stones to a Witness Cairn by the entrance to the Chapel field. Next to the Witness Cairn is a bench erected in memory of fishermen who died when the 'Solway Harvester' sank in 2000.

There is a parking area by the harbour, at the end of the A747. The Chapel is an open site, free to visit at any time. 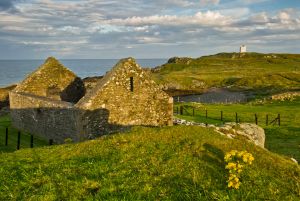 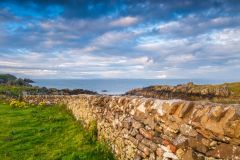 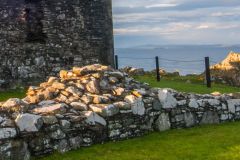 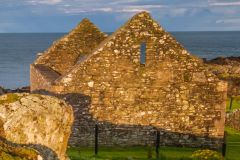 
Isle of Whithorn (Self catering) 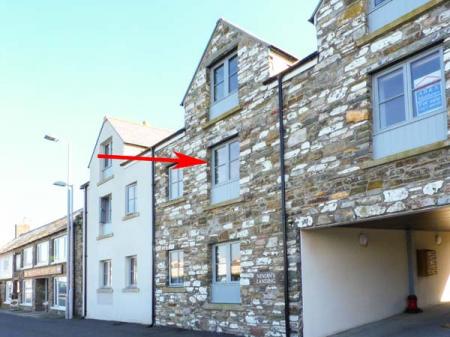 More cottages in Isle of Whithorn >>

Isle of Whithorn (Self catering)

This welcoming first floor apartment overlooks the harbour in Isle of Whithorn, and sleeps two people in one bedroom.
Sleeps 2

More cottages in Isle of Whithorn >>