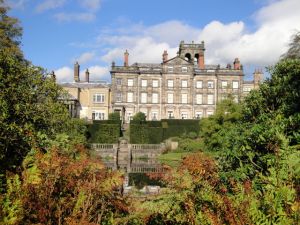 Biddulph Grange Garden
A series of small themed gardens linked by tunnels, banks, and walls. See a Chinese garden, Egyptian garden, lily pool, and a sunken dahlia walk among other delights.
Sometime around 1840 James Bateman of Knypersley Hall purchased the farmhouse at Biddulph, remodelled the house, and set about creating a magnificent garden around the house, which was recreated as an Italianate villa.

Bateman was wealthy enough to indulge his taste for horticulture because his father had made a fortune in steel and coal. The gardens were a joint project with his friend, artist Edward Cooke. The association with Cooke was rather convenient, as his father owned one of the largest plant nurseries in England.

The unique feature at Biddulph is how each area of the garden is hidden from the others by making use of rock piles and shrubbery, creating isolated pockets of garden on individual themes.

James Bateman and his wife Maria purchased specimen plants from some of the great Victorian plant-hunters, and set about designing a garden to showcase their wide-ranging collections. One of the specimens they collected was a golden larch, brought from China in the 1850s and thought to be the oldest golden larch in England.

The Batemans were especially interested in orchids, azaleas, and rhododendrons. The Bateman interest in the natural world was handed down to future generations. One of James and Maria's sons was artist Robert Bateman, who spent his childhood at Biddulph.

The gardens at Biddulph are a bridge connecting the landscape gardens popularised by Capability Brown, and the High Victorian formal style. The garden is divided into themed areas, including a Chinese garden area, Egyptian Garden, and Italian Garden areas. Other notable features include a lime avenue, a pinetum and arboretum, a Himalayan Glen garden, formal parterres, a cherry orchard, and a Cheshire cottage garden.

The house itself burned down in 1896 and was rebuilt by Robert Heath. The Batemans were long gone by that point; they had spent the family fortune and had to move to London. The house served as a children's hospital, and the gardens were allowed to decay and become overgrown. The National Trust took over the property in 1988 and have restored the gardens to their Victorian splendour.

The Geological Gallery shows how James Bateman used the garden to express his ideas on geology and theology, taking the visitor on a trip through time from the Creation of the universe.

This cottage is situated in the village of Biddulph, near Stoke-on-Trent, and can sleep six people in three bedrooms, with a further single bedroom upstairs, off one of the main …
Sleeps 7 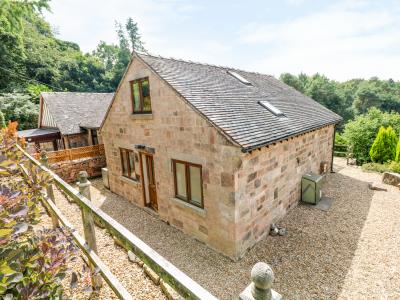 This lovely stone cottage is located in the town of Biddulph, on the Staffordshire-Cheshire border, and can sleep up to six people in three bedrooms.
Sleeps 5