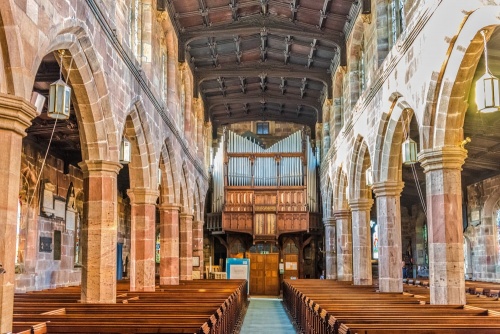 The pretty medieval parish church of Sandbach stands on a low hill above the Dingle Brook, the 'sandy beck' that gave the town of Sandbach its name. The church is mentioned in the Domesday Book of 1086 when it was owned by the Earl of Chester, but that early building was rebuilt in the late 15th century to give us the church we see today.

Unfortunately, the 15th-century builders chose to use the local reddish sandstone, which does not stand up to weathering very well. As a result, the medieval church had to be comprehensively restored in 1847, under the direction of Sir George Gilbert Scott, one of the most famous (and prolific) architects of the Victorian period.

Scott replaced much of the medieval fabric and encased the remaining walls in newly carved stone. He also extended the east end of the church by 40 feet and rebuilt the west tower in the same style as the medieval one. 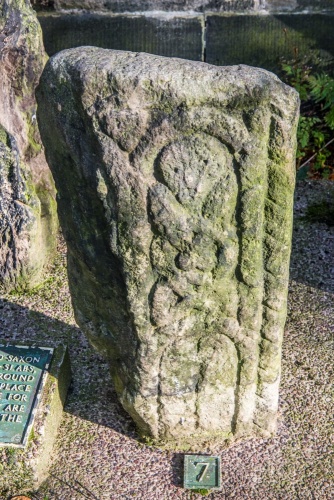 Construction was carried out by the Derby firm of Cooper and Son, using stone quarried at Mow Cop as a gift from Sir Philip Grey Egerton, MP. The west end of the building was damaged by fire in 1894 and had to be repaired.

he most dramatic event in the history of St Mary's Church occurred in 1651 during the Civil War. When Charles II's bid for the throne ended in defeat at the Battle of Worcester his Scottish supporters marched north for home. Around 1000 of the Scots paused in Sandbach on their way north.

It was a mistake, for they were set upon by the local inhabitants. It was the time of the annual fair in Sandbach, so the inhabitants grabbed poles and staffs used to make their market stalls and marched against the tired Scottish soldiers. In a skirmish lasting several hours, three townsfolk were killed, while ten Scots lay dead. Around 100 more Scots were captured and herded into the church. 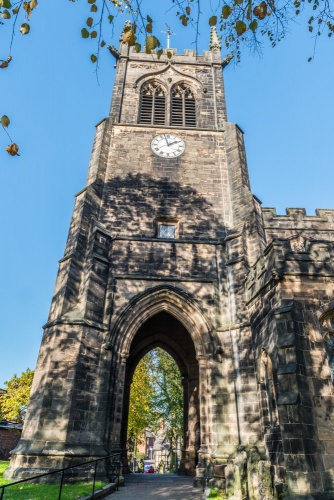 Tradition says that the dead soldiers were buried at Brindley Green, which has born the name of Pipers' Hollow ever since. It seems that a Scottish piper, being dragged there for burial as he was thought to be dead, regained consciousness and played a lament on his bagpipes for his fallen comrades.

The first record of a priest comes from 1128 when the Earl of Chester presented a priest named Steinulf. The Earls later granted the living to the Abbey of Dieulacres, near Leek in Staffordshire. When the abbey was suppressed by Henry VIII in 1537 the advowson (the right to present the priest) was seized by the Crown. It was granted to Richard Wilbraham in 1557, who served as the Master of the Jewel House and Revels under Queen Mary. 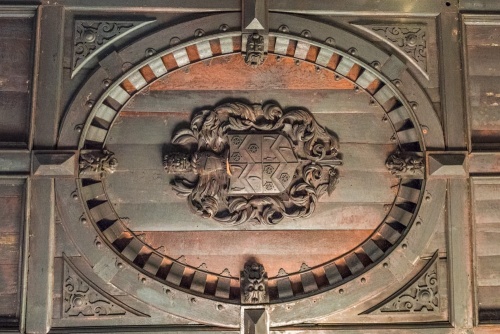 Outside the west doorway are several fragments of Saxon crosses. These originally stood near the famous Sandbach Crosses in the town square but were moved to the churchyard to protect them from damage by passing motorists. There are also several pieces of tomb slabs, used to cover stone coffins. Like the cross pieces, the tomb slabs date to the 8th century.

The oldest memorial in the churchyard is to John Fletcher the Elder of Cresswallshawe (now known as Cresswellshawe) who died in 1660. The tomb is on the south side of the church near its east end.

Most of the interior furnishings date to Scott's restoration in 1847. Among the Victorian furnishings is the font, made from Caen stone by a local craftsman named Thomas Stringer in 1857. It is carved with a palindrome (words that read the same forwards and backwards) in Greek text reading 'NIYON ANOMHMA MH MONAN OYIN' which translates as 'Wash my guilt and not my face only'.

On the left side of the nave is the old medieval font. It was thrown out when the new font was installed and for many years it served as a garden ornament for a nearby house. It was not until 1938 that its historical value was recognised and it was returned to the church. The font probably dates to around AD 1200. It is octagonal in shape and carved with acanthus leaves and flowers. 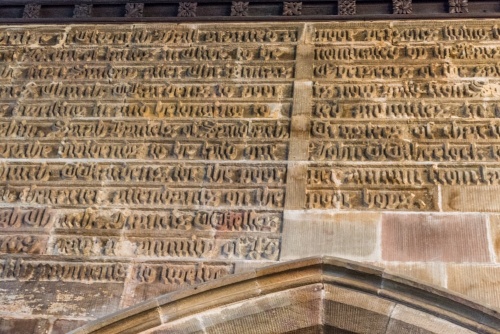 There are 29 carved corbel heads around the church, probably carved in the 13th century.

In the north aisle is a marble monument to Reverend John Armitstead, who served as the vicar from 1828-65. It was designed by the prominent sculptor and painter George Frederick Watts, who is famous for his links to the Symbolist movement. Watts is known for his saying, 'I paint ideas, not things'. In this case, he designed the monument but it was actually sculpted by George Nelson.

The oldest memorials in the church are on the north wall, including a tablet commemorating Joseph Furnival of Arclid (d 1714). Other 18th-century memorials include William Hurst (d 1724), Thomas Welles (d 1728), and John Amson (d 1735).

As you pass from the north aisle towards the pulpit, pause and look up. You will see a carving of the Leversage coat of arms. The Leversage family lived at Wheelock Hall, and in 1587 they were granted the right to the Wheelock Chapel (later replaced by a modern chapel).

There are more medieval corbel heads over the choir stalls. Those on the north side depict (from right to left) Richard I, Edward I, and Queen Berengaria, wife of King Richard. On the south are Simon de Montfort, Roger Bacon, and Archbishop Stephen Langton. As the church guidebook says, this is an odd mixture of personalities. Berengaria, for one, never set foot in England. 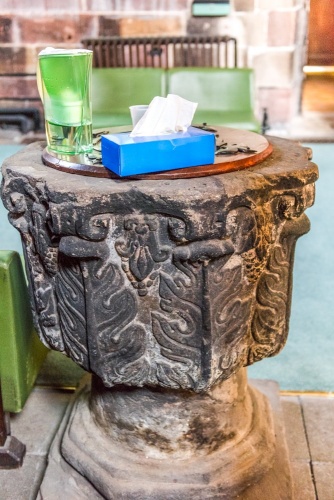 Above the corbel heads is a list of donors to the Charity Trust established in the 17th century. Contributions from the donors were pooled to buy property at Burslem in Staffordshire. The income from that property has helped support the poor of Sandbach for centuries, especially after coal was discovered under the ground.

South of the chancel is the chapter house, formerly the Bradwell Chapel. In the south aisle is an oak roof beam with the date 1633 carved on it. Further along the aisle is a wall tablet to Richard Jackson of Betchton (d 1718).

St Mary's Church stands in an elevated position on Church Street just a stone's throw from the market place and the famous Sandbach Crosses. There is no dedicated parking but there is pay and display parking in the town centre. We managed to find a free parking spot on Well Bank, just off Church Street. The church was open when we visited. 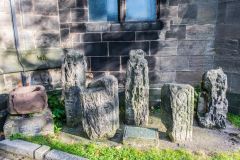 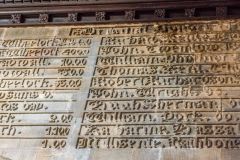 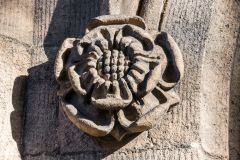 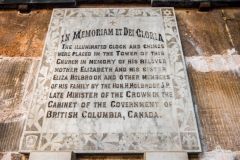 Self Catering near Sandbach