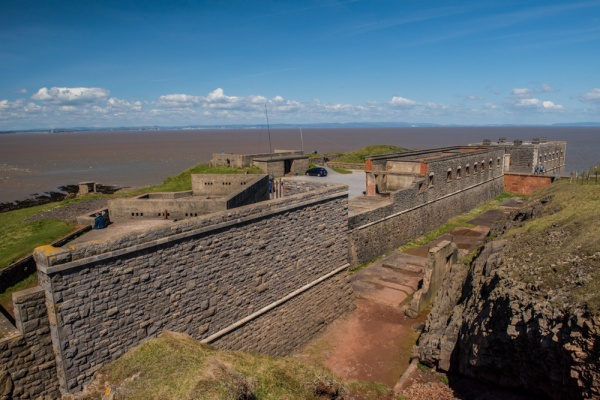 Perched on a headland extending far out into Bristol Channel is an 1865 Palmerston Fort, housing an exhibition on Brean's history. Steep but exhilarating walks take in an outstanding natural environment and a scenic peninsula pier extending 1.5 miles into the Channel.

The prominent cliffs on the headland of Brean Down made it appealing to Bronze Age settlers. Pottery and jewellery from the Early Bronze Age have been unearthed. Many of these archaeological discoveries can be seen at the Museum of Somerset in Taunton.

The Romans also recognised the strategic importance of the site and coins from as early as the reign of Augustus (27 BC - AD 14) have been found. At the landward summit of the Down are the remains of an Iron Age fort, enclosed within high earthworks, and to the north is the site of a Roman temple. 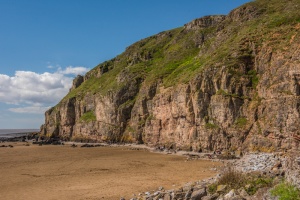 Though the site was used for defensive purposes thousands of years ago, it is the remains of a Victorian fort that draws visitors today.

Lord Palmerston, Prime Minister from 1859–1865, initiated a string of coastal forts to counter the threat of a French invasion. These 'Palmerston Forts' as they were known, were the most extensive - and expensive - defences ever erected in Britain during peacetime.

The forts were ridiculed by the public for the huge expense and the fact that they never saw action; in fact, the style of fortification was outmoded before the forts were built.

The Brean Down Fort was one of several on both sides of the Bristol Channel aimed at protecting approaches to Bristol and Cardiff. The military requisitioned 4 acres of land on Brean Down headland in 1862.

The fort was begun in 1864 and finished in 1871. It was armed with seven 7 inch guns cast at Woolwich Gun Foundry. The guns were supplied by a large underground magazine and served by a garrison of 50 officers and men of the Royal Artillery. Like most of the Palmerston Forts, the Brean Down Fort never saw action or fired a shot in anger.

In 1900 one of the gunpowder magazines exploded. The official version of events is that a soldier had intentionally fired his gun down a ventilator shaft after he was put on charge for being late returning to the barracks. This explanation may have been a story invented after events, however, and one alternative explanation is that the soldier intended to commit suicide. It is remarkable that the explosion only killed the single soldier responsible; no one else was harmed.

The ruined fort was used for a variety of purposes, including a cafe, until it was rearmed in WWII as a Coastal Artillery battery. It was also used as a test site for rockets and for trials of experimental weapons, such as a bouncing bomb.

The fort and the surrounding headland are now owned by the National Trust and have been named a Site of Special Scientific Interest for the wealth of rare plants and geological interest. It is also a listed site for the range of archaeological sites it contains. There are traces of a pre-Roman shrine which was later re-founded as a Romano-Celtic temple in the 4th century, as well as prehistoric barrow tombs, an Iron Age hillfort, and Bronze Age huts. 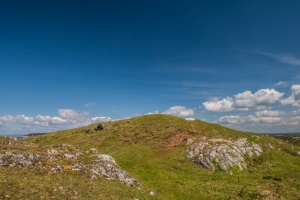 The Iron Age fort on Brean Down

Follow signs for Brean, and keep going through the village to the end of the road, where you will find a National Trust car park, cafe, and toilets. A circular trail leads from the car park, up the slope of the Down, to the top, then circles west to the Palmerston fort and returns via the northern slope of the Down, past the Iron Age fort and WWII firing positions, then back to the car park. If you follow the entire circular path it will take approximately 90 minutes, depending how much time you spend exploring the fort.

I found the fort fascinating; the location is superb, with views across the Bristol Channel to Wales. You can explore the roofless remains of the barracks, and the much better preserved officers quarters. Though the fort is ruinous, a lot of the buildings are intact, and you can explore tunnels leading to the magazine, and the observation post. There is a small exhibit area in the officers quarters with information on Brean Down, its ecology, and its history.

I thoroughly enjoyed visiting the fort and exploring the Downs. I came on a sunny afternoon in April, and there were a LOT of people on the footpaths around the Down, so be prepared to have plenty of company if you come in the summer season. 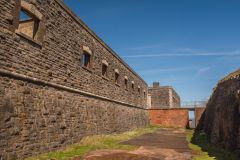 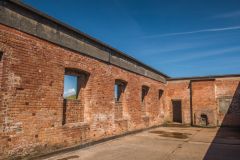 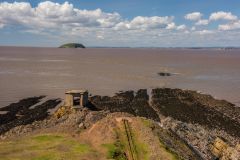 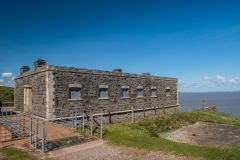 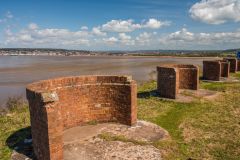 Nearest Accommodation to Brean Down Fort:

More self catering near Brean Down Fort >>

More Hotels near Brean Down Fort >>

More bed and breakfasts near Brean Down Fort >> 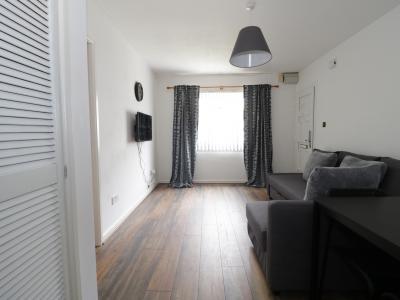 This cottage is situated in the village of Brean, near Burnham-on-Sea, and can sleep four people in two bedrooms.
Sleeps 6 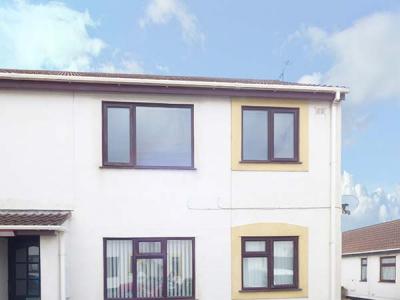