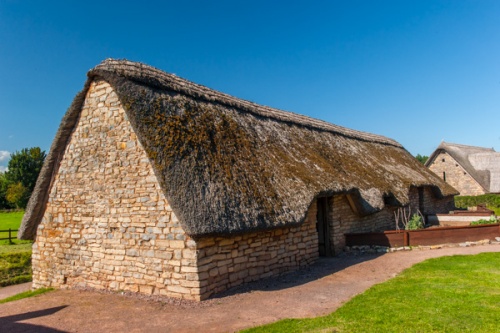 In 1978 construction was underway on Cosmeston Country Park, when the remains of medieval buildings dating to the 13th century were revealed. Further archaeological investigation revealed remains of an entire village, lost to time. The entire village of Cosmeston was restored, recreating the village as it might have looked over 600 years ago.

In the late 11th century the Normans pushed into southern Wales, conquering the area of modern Glamorgan. The first Norman lord of Glamorgan was Robert Fitzhamon. One of Fitzhamon's followers was a knight from Cotentin, in northern France. The Costentin family were the first lords of Cosmeston, and the name of the village comes from Costentinsune, meaning loosely 'place of the Costentins). 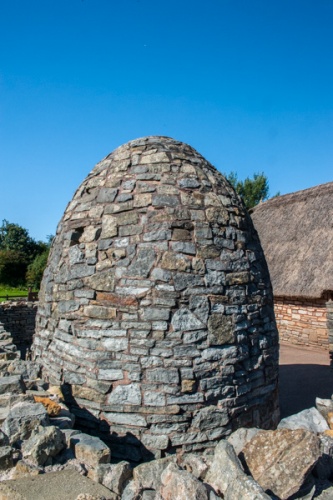 The Costentins built a manor house, perhaps supported by a few outlying farms, but very little development took place until the 14th century. Unusually, there seems to have been no church. In 1317 ownership passed to the de Caversham family, and in 1550 to the Herberts.

In 1766 the estate passed to the 4th Earl of Bute. The Bute family built a road through the estate to the port at Swanbridge. The first real written record we have of the village was a map prepared for the Marquis of Bute in 1824, showing only four scattered crofts and a farmhouse. Where was the village? 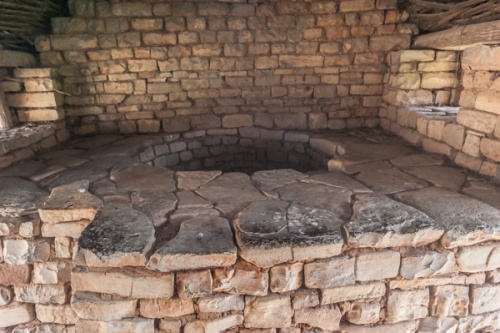 The most likely answer is that Cosmeston village was wiped out in the Black Death in the mid-14th century, or perhaps in a later outbreak of the plague. Whenever it happened, at some point in the medieval period the village of Cosmeston was deserted, the stone buildings left to decay, and eventually the existence of the village was completely forgotten. 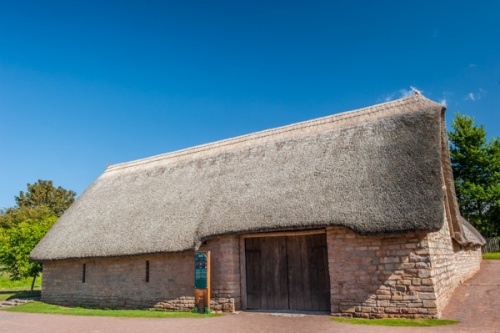 We do not actually know what the excavated buildings were used for, so what you see today is just a representative version of what a typical medieval village in this area would have looked like. There is a Reeve's Cottage, Barn, and Byre, arranged around a courtyard. These buildings would have been leased from the lord of the manor.

The reeve was like an administrator, whose role was to ensure that the village economy functioned smoothly, that crops and fields were looked after, and that villagers abided by the lord's wishes. The Reeve's Cottage is obviously made for a person of high social status in the community. 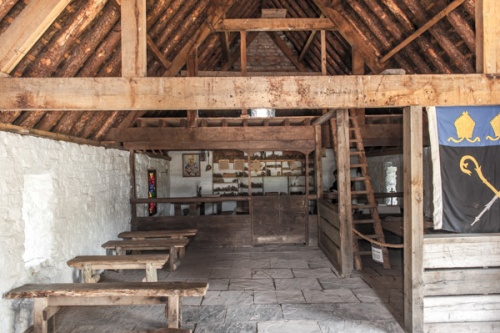 By comparison to the Reeve's Cottage is Jakes Cottage, much less grand and well made, which would have been used by 'free' villager or a villein, who was bound to the village. There is a Baker's House, with an outbuilding for baking bread in a pair of ovens.

Only the baker would have been allowed to bake bread, and this restriction would make them rather unpopular among the other villagers, much like millers. There is a swineherd's hut, which is not just a dwelling but a multipurpose building combining a dwelling house with a butchery and pig stye. There is also a large tithe barn, where the fruits of the harvest were stored for sale or disbursement to the church.

Regular visitors and school groups can take educational tours of the village from costumed actors, who play the roles of villagers from 1350, including a reeve, swineherd, priest, and carpenter's wife.

Accommodation
Self Catering in Glamorgan


More self catering in Glamorgan