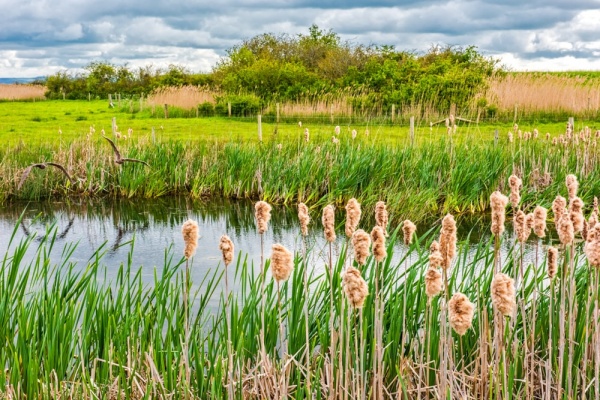 The Steart Marshes are a wetland area fed by the River Parrett as it makes its way to Bridgwater Bay, on the north-west coast of Somerset. The wetland area is managed by the Wildfowl and Wetlands Trust as a nature reserve and as an important wildfowl habitat, with a large bird population, especially in winter, as well as wildlife such as brown hares, otters, and roe deer.

Steart Marshes is a man-made wetland, created to counter the effects of rising sea levels on the British coastline. The rising water inundated wetland areas, making them unsuitable as bird and plant habitat, so the WWT and the Environment Agency created Steart Marshes as one of the UK's largest wetland reserves.

Steart Marshes are a new kind of nature reserve; the first of the WWT's 'Working Wetlands', showing how wetlands can be productive economically as well as offer a buffer to local homes and businesses. The reserve incorporates flood banks to protect human habitat and farm fields, and the salt marshes are used to raise lamb and beef, while the creeks are stocked with fish.

There are nature trails throughout the Marshes and several bird hides for observation and photography of the birds that thrive in the marshes. All trails and bird hides are designed to be wheelchair friendly.

In addition to footpaths, there are also bridleways and cycle paths through the reserve. Areas of the reserve are maintained as grassland, rich in flowers, and other areas as arable land. Bordering the river are long stretches of saltmarsh and mudflats. 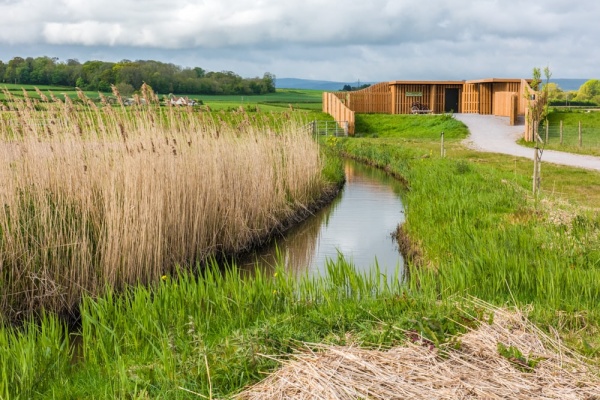 South of the main visitor car park is the Stockland Marsh, offering a freshwater habitat. With both freshwater and saltwater habitats so close together Steart Marshes offers the chance to see a wonderful variety of bird and plant life at all seasons.

Perhaps the highlight for visitors is the Wetland Walkway, with gravelled trails along raised beds of ground leading to bird hides. Another highlight is Breach Point, where a channel of the River Parrett diverts to create a large area of coastal marsh. This area is at its best during high spring tides. You can check tide times on the Wildfowl and Wetlands Trust website.

The low-lying marshes provide sweeping, panoramic views of the surrounding countryside, and on a clear day you can see as far as the Brecon Beacons of Wales and, closer to hand, the Mendips, Quantocks, and Brendon Hills.

During the winter months the wetlands are home to a large bird population that includes teal, golden plover, meadow pipit, peregrine, and widgeon. In summer, lapwing, skylark, swallow, and little egret abound, while late in the summer you can see shelducks roosting. Dragonflies are evident all through the summer months.

Other star species include merlin and short-eared owls, with hen harriers and marsh harriers in winter. The best time of the year for birds is in winter, especially around high tide times. 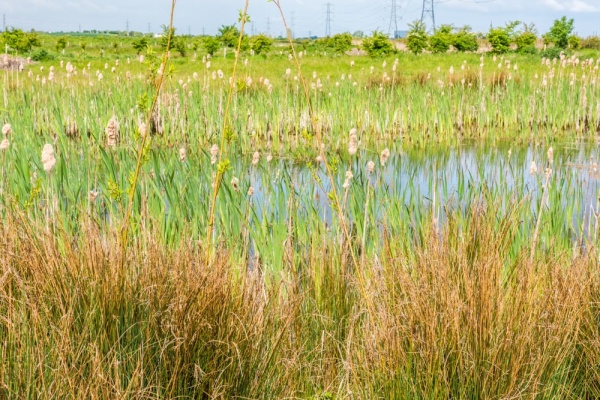 Reed and water habitat by the Wetland Walkway

Access is simple, though not necessarily quick! The reserve is at the end of a minor road through Stockland Bristol, north of Cannington. From the A39 take the Cannington turnoff and follow signs for Hinkley Point. Past Cannington, take the brown signs to Steart Marshes. There are three visitor car parks along the road. The first one you come to has toilets, the others do not. Note that the toilets are only open daylight hours. All parking is free and the reserve is open at any time.

Our family visited Steart Marshes on an overcast spring day. We were staying a few miles away near Shurton and took the opportunity for a nature walk. We enjoyed the Wetland Walkway and the chance to watch for birds from the hides. We did spot some nesting swans not far from the bird hide so that was a thrill.

We also spotted several sculptures along the Walkway, such as a pair of hares fighting. Though the Walkway isn't promoted as a sculpture walk it does seem as though the WWT is trying to add interest for visitors with works by local artists. 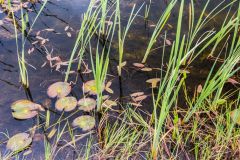 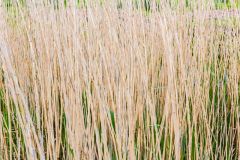 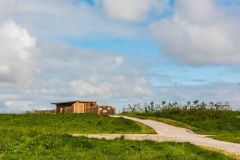 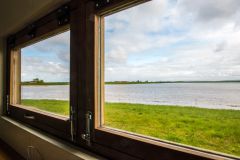 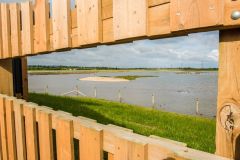 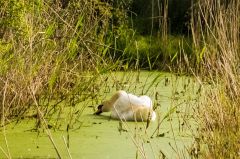 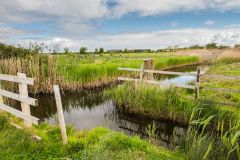