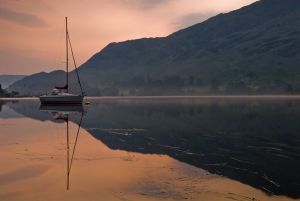 Dawn over Ullswater at Glenridding

Glenridding is a lovely Lakeland village at the southern end of Ullswater. A good centre for the eastern Lakes, the Ullswater Steamer leaves from here on a regular trip up the lake. Boats can be hired for exploring Ullswater by sail or under motor power.

Set at the foot of nearby Helvellyn is the Greenside Mine, once the largest lead mine in the Lake District. Lead ore was extracted here from the late 18th century, and the Greenside Mine opened in 1838. The economic activity generated by the mine enabled Glenridding to survive and grow at a time when other Lakeland villages were declining.

Some of the mine shafts reached 3000 feet underground, and the miners created a vast underground network of tunnels stretching under Helvellyn, Sheffield Pike, and Glencoynedale.

A series of dams were built to control water flow to generate power for the milling machinery. Remains of the dams can still be seen at Red Tarn, Sticks Gill, and Kepple Cove.

In 1927 the dam at Kepple Cove burst, sending a devastating wave of water down the hillside, washing away miners cottages and inundating the village below. A larger dam was built downstream to prevent a similar catastrophe. Some of the old mine buildings at Greenside now serve as a popular hostel, used by hill walkers.

Glenridding might have faded away into obscurity after the lead mines went out of production in the middle of the 20th century, but instead, the natural beauty of the surroundings has made it a magnet for tourists. The village is perfectly positioned for some of the Lake District's most popular walking routes, including the ascent of Helvellyn.

Though Helvellyn can be climbed from the western side, the most popular route is from Glenridding, across the knife-edge ridge called String Edge. We've taken the Striding Edge route, and it is stunning, but not for the faint-hearted, as the narrow ridge drops away steeply on both sides, and winds (and fog) can be severe at times.

A much more leisurely way to enjoy the area is by taking the Ullswater Steamer. Glenridding acts as the southern terminus for the steamer trips, aboard the Lady of the Lake or Raven. The Lady of the Lake came into service in 1877 and Raven followed in 1889. The vessels were converted from steam to diesel power in the 1930s. They were later augmented by the Lady Dorothy (2001) and the Lady Wakefield (2006).

Trips begin at either Glenridding or at Pooley Bridge at the northern tip of the lake and travel the full 7.5 miles of the length of Ullswater, with wonderful views of some the Lake District's finest scenery.

By the shore stands the Victorian mansion of Glenridding House, built in 1820 in neoclassical Regency style for a Reverend Askew. Charles Darwin stayed here in 1881 for a family holiday and wrote 'This place is magnificently beautiful, and I enjoy the scenery'. The house now operates as a hotel.

A mile north is Glencoyne Bay, where poet William Wordsworth found a field of daffodils that inspired one of his most famous poems. Further north is Aira Force, a spectacular waterfall that passes directly under a picturesque footbridge.

We've visited Glenridding several times, and this is definitely one of our favourite areas of the western Lakes. 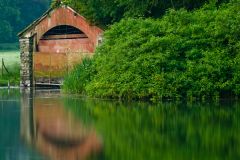 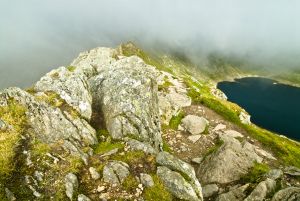 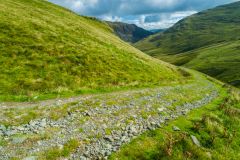 More self catering near Glenridding >>

More bed and breakfasts near Glenridding >>