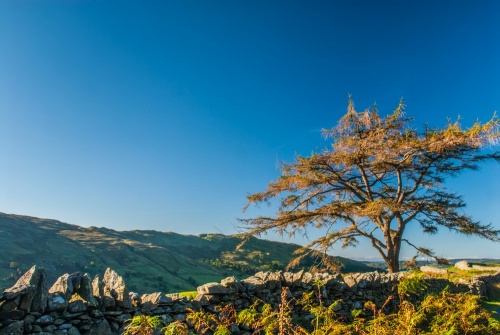 If you fancy a good view, take my advice and turn your steering wheel south from Ullswater on the A592. Head through the hamlet of Patterdale and begin the long climb up to the summit of Kirkstone Pass, at 1489 feet the highest pass in the Lake District.

The scenery is fabulous, with views across Patterdale and Troutbeck valleys. Near the summit is the Kirkstone Inn, the 3rd highest inn in England. A former coaching inn, it has welcomed travellers for over 500 years. Records for the building go back to 1496 when it belonged to a local monastery. This medieval building was extended in the early 19th century to create a coach house.

The name 'kirkstone' refers to a tall standing stone by the Ullswater road, whose tapering shape resembles a church steeple (kirk being the Scottish term for a church).

The steep road up from Ambleside was traditionally known as 'The Struggle' because of its harsh gradient, reaching 1 in 4 in places. The road follows the route of a drover's road, used by farmers taking cattle to market over the pass.

By the summit of the Pass is Pets Quarry, worked by the Kirkstone Green Slate Company, where green and blue-black slate were mined to be sold at Skelwith Bridge near Ambleside. The mining company went out of business in 2012, but the quarry workings can still be easily seen.

Kirkstone Pass is featured in the ballad 'Witch of the Westmorland' by Archie Fisher. 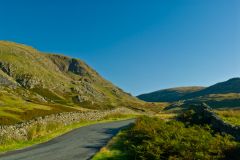 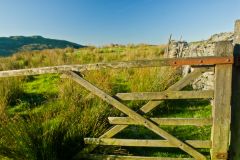 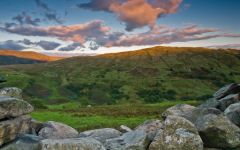 About Kirkstone Pass
Address: Ambleside, Lake District, Cumbria, England
Attraction Type: Countryside
Location: On the A592 between Patterdale and Ambleside. The pass is just north of the junction of a minor road from Ambleside with the A592.
Location map
OS: NY401084
Photo Credit: David Ross and Britain Express

More self catering near Kirkstone Pass >>