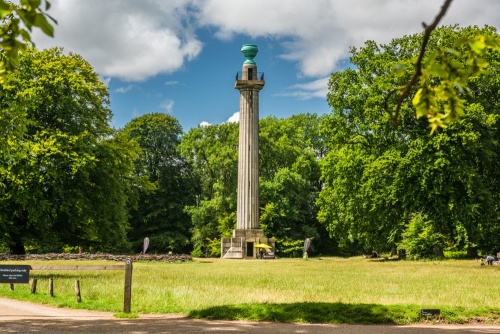 The Ashridge Estate covers a huge area of mixed woodland and chalk downland on the edge of the Chiltern Hills. The estate is home to The Monument, erected in 1832 by the Duke of Bridgewater. The Ashridge Estate provides excellent rambling country, with miles of waymarked paths.

The neo-Gothic mansion of Ashridge House was built by the 7th Earl of Bridgewater in the early 19th century. The house was designed by James Wyatt, but when Wyatt died in 1813 it was completed by his nephew Jeffry Wyatt, later to become known as Sir Jeffry Wyattville.

The result is one of the best examples of an early Gothic Revival building in England. The house incorporates parts of a 13th-century priory that was torn down in 1800. The refectory undercroft survives; it is now a beer cellar.

One of the highlights at Ashridge House is a Gothic Revival chapel designed by architect James Wyatt. The most striking feature of the chapel is its slender spire. Unfortunately, the spire we see today is a fibreglass replica, as the original was pulled down when it became structurally unsafe.

The house is now home to a business training college and is only open to the public for occasional tours during the summer months.

Near the house is a 14th-century Monk's Barn, set in a garden. The medieval barn was remodelled by Jeffry Wyattville in 1816, with the addition of a covered walkway. 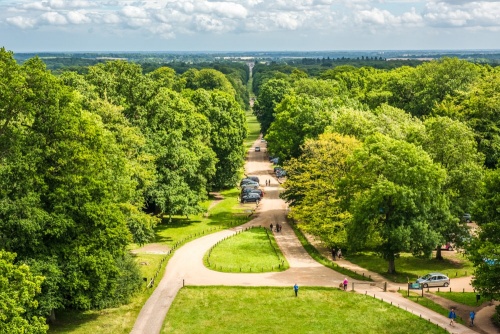 The view from the Bridgewater Monument

Often called simply 'The Monument', this neoclassical tower was built in memory of Francis Egerton, the 3rd Duke, who died in 1803. The Duke was known as 'the father of inland navigation' and 'the Canal Duke' for his role in popularising canal-building.

Bridgewater's major canal project stretched from his coal mines at Worsley to Manchester. The Duke began his canal in 1759, and the first canal boat voyage came in 1761. Transporting coal by canal immediately lowered the cost of coal by half.

The canal stretched 40 miles, and the 200,000-pound cost of building it almost bankrupt the Duke. He let his house at Ashridge crumble into decay for all his money was going towards the canal. By the time the Duke died in 1803 every room in Ashridge House was open to the rain. For all his troubles the canal eventually rewarded him with an income of some 80,000 pounds per year.

The Duke's ground-breaking canal project was the first commercially successful use of canals, which led to an explosion in canal building that resulted in a network of over 2,300 miles of inland canals and waterways. It was the canal network that helped launch the Industrial Revolution. The location of the Bridgewater Monument is no accident; it stands within sight of the Grand Union Canal.

The Monument was designed by Jeffry Wyattville in Doric style and stands 108 feet high. Visitors can climb 172 steps to a viewing platform, with excellent views over the Grand Union Canal and Aldbury village.

The Monument is built of large blocks of granite from Aberdeen, supported on a plinth of York stone. At the top of the column is a neoclassical vase made of copper, on a framework of wrought iron.

The location is far from Ashridge House - and for good reason, for the Duke's mother is said to have remarked that she desired 'not to see or be reminded of my infernal son'.

Within the estate is Ashridge Woods and Commons, an area covering over 1500 acres of mixed woodland, plantations, and grassland on the border of Hertfordshire and Buckinghamshire. The woodland is known for its annual display of bluebells, and the area has been designated a Site of Special Scientific Interest. 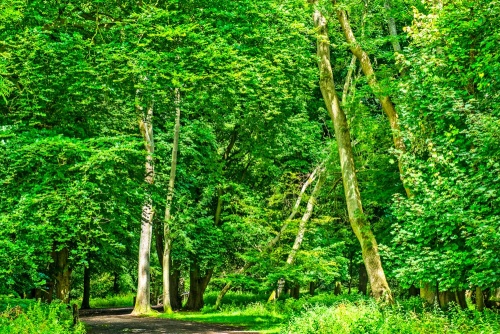 On the Woodland Walk trail

The best way to enjoy the estate is on foot or by bicycle. There are miles of footpaths and cycle trails, and the main National Trust visitor centre has maps and route details. There are four main walking routes.

Meadleys Meadow track is the shortest route, a circular, level walk from the visitor centre that loops around an open meadow and talkers only 20 minutes to complete.

Slightly longer is the Woodland Walk, an easy 30-minute stroll through woodland. Linking to the Meadleys Meadow walk is the circular Foresters Walk, which meanders through pleasant woodland and will take about 90 minutes to complete.

By far the most challenging walking route is the Boundary Trail, a challenging 17-mile trail that skirts the entire estate boundary.

Aside from these waymarked trails, there are miles of bridleways and public footpaths linking the estate to nearby villages.

Within the estate boundary is the Ashridge Estate Dovecote at Aldbury. The Dovecote was built in 1753 by Arnold Duncombe, the owner of Stocks Farm. It was given to the National Trust in 1990. The attractive red-brick Dovecote has space for 964 nesting pigeons. Just outside the Estate and also owned by the Trust is Pitstone Windmill, built in the late 16th century and one of the oldest post mills in England.

Our family enjoyed climbing the Bridgewater Monument for wonderful views over the surrounding countryside. There is a small charge (free to Trust members) and the Monument is only open on fine days.

Be aware that the spiral stair inside the Monument is very steep and tight, so that passing other visitors is a bit of a challenge. The views are quite incredible; we visited on a clear afternoon in July and were able to see as far as Wembley Stadium and The Shard in London. 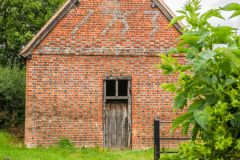 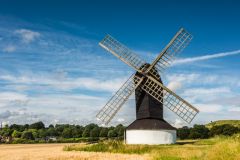 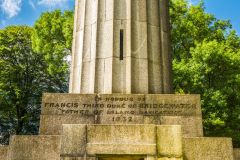 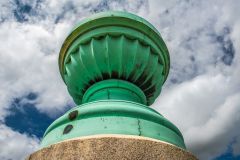 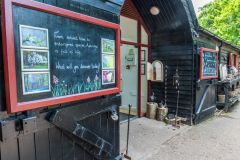 More self catering near Ashridge Estate >>