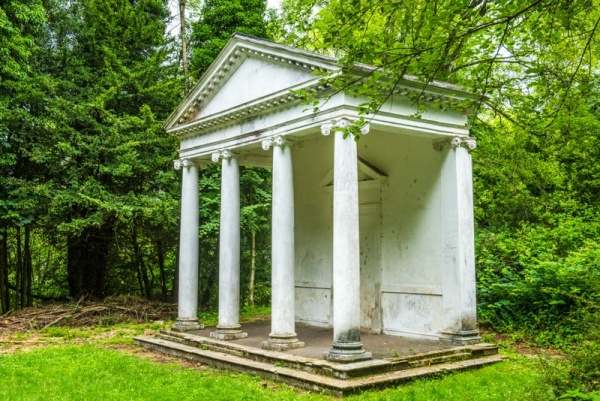 The 18th-century summerhouse in Tring Park

Tring Park (not to be confused with the manor house and school of the same name) is a historic 18th century landscaped parkland on the southern edge of Tring. The landscape was designed in the 1720s by Charles Bridgman, one of the pioneers of English landscape gardening, for William Gore, owner of the Tring estate.

The Park is made up of mixed woodland and chalk grassland covering some 264 acres (107 hectares) and forms one of Hertfordshire's most important wildlife habitats.

The history of Tring Park and its estate goes back to at least the 11th century when William the Conqueror gave the Manor of Tring to Count Eustace II of Boulogne, who fought with him at Hastings. The Count's granddaughter was Matilda, who married Stephen of Blois.

Throughout the medieval period, the land that now forms Tring Park was part of Tring Common, where commoners could graze their animals and forage for firewood. An area of woodland in the Park is called North Pest House Wood, suggesting that during the Black Death of 1348 victims of the plague may have been cared for in a house there. 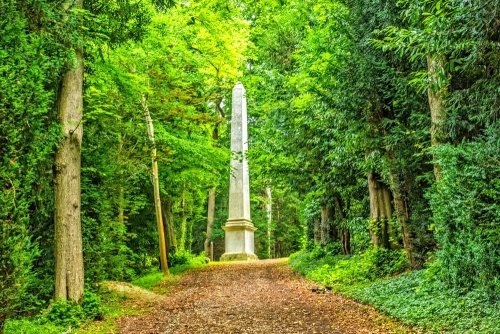 Almost 200 years later Henry VIII seized Tring Park for the Crown and granted it to Sir Edward North in 1546, but it was back in Crown hands just two years later. In 1554 Queen Mary granted Tring to Henry Peckham but just a few years later Peckham was implicated in a Protestant conspiracy against Mary and was executed for treason. Peckham's wife continued to live at Tring but when she died in 1602 the manor once more reverted to the Crown.

Tring was later owned by Charles I, who gave it to his wife Henrietta Maria. After his death, it passed to Charles II's wife Catherine of Braganza. When Queen Catherine died Charles gave Tring to his Groom of the Bedchamber and Clerk of the Treasury, Henry Guy. One of Guy's tasks was to look after Charles' mistress Nell Gwyn. Tradition says that Gwyn lived for a time at a house in Tring, and the Obelisk in Tring Park was erected in her honour.

Henry Guy transformed Tring Park; he called upon Sir Christopher Wren to design an opulent new mansion, and he laid out elegant gardens surrounding the mansion. The money for these projects was not all legally obtained, and in 1699 Henry was forced to resign from government on charges of corruption, with a strong suspicion that he had been syphoning off Treasury funds for his building works.

In 1705 Guy recouped some of his losses by selling the Manor of Tring to William Gore, a Lord Mayor of London and one of the first Directors of the Bank of England. When William died the manor passed to his son, also named William.

The younger William Gore wanted to make a splash in the world. He called in the most fashionable architects of the day to redesign the mansion interior, and he called upon Charles Bridgman to create an elaborate picturesque landscape, turning the estate park into a vast canvas of avenues, woods, and trails, dotted with neoclassical follies. 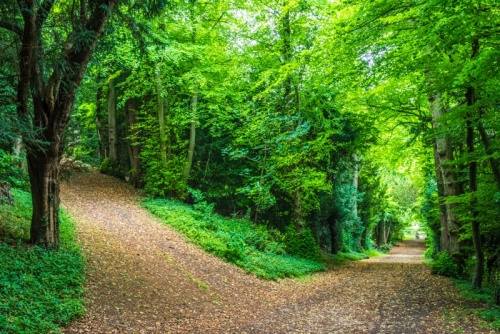 Bridgman's vision included a grand canal leading from the mansion to a small pyramid. Sadly nothing of this part of the garden remains.

Further from the house, the land rises to a small hill, crowned by woodland. Here Bridgman's vision remains almost unaltered. The woodland was laid out between 1720 and 1725 with a geometrical pattern of paths and broad avenues, a pleasure garden shaded by tall trees that help define the walking trails. The woodland garden is centred on King Charles' Ride, leading from Bishops Wood to a Grecian summerhouse on Oddy Hill.

Closer to the mansion a lime avenue leads across open fields towards the woodland. Gore installed a herd of deer, enclosed by a boundary fence. The deer not only provided meat, but they also added to the picturesque atmosphere of the park.

There are two major follies remaining. One is the Obelisk, a slender Egyptian pyramidal column designed by James Gibbs. The Obelisk stands at the top of a rising woodland trail, acting as a magnet for the eye as you climb the trail. It stands 50 feet high and is made of red brick and ashlar upon a square pedestal. Local legend says that it was built to commemorate a visit to Tring by Charles II and Nell Gwyn. 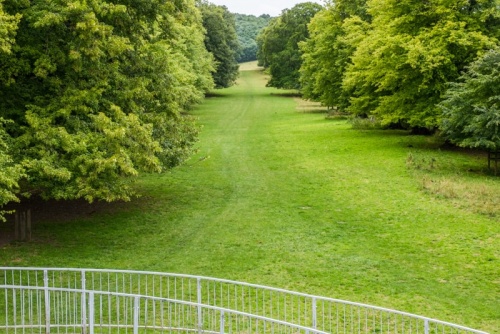 A short, straight path leads from the Obelisk to the second remaining folly, a summerhouse in neoclassical Greek style, also designed by James Gibb. The summerhouse was built of red brick and painted plaster. The front facade looks like an ancient temple, with four columns supporting a decorative portico.

The summerhouse was practical as well as decorative; it was used as a dwelling and by the late 19th century it housed a gamekeeper and his son. A later resident was the actress Dame Peggy Ashcroft, who lived in the summerhouse during World War Two.

Only the front of the summerhouse remains intact; the rear was torn down when the Wigginton road was widened in the 1970s.

When the wealthy Rothschild family purchased the ring estate in 1872 they transformed the mansion but left the Park essentially unaltered, though they did add exotic trees and filled in gaps in the lime avenue. The Park played host to the Tring Agricultural Association Show from 1890-1939. The Show became the most popular one-day agricultural show in Britain during that time.

Lionel Walter Rothschild followed a lifelong passion for zoology and collected huge numbers of exotic animals such as kangaroos, cassowaries, cranes, zebras, a spiny anteater, and a tame wolf. The animals wandered freely around the Park until one day a cassowary chased his father as he was riding. Walter Rothschild's legacy is his astonishing natural history collection now housed in the Natural History Museum, located at the very entrance to the Park. 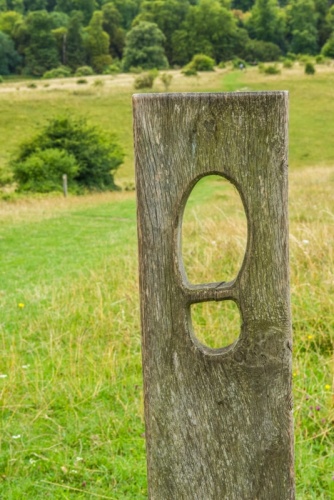 A footpath leads to the woodland garden

In 1975 the A41 bypass cut through the Park, dividing it into two sections; the formal areas near the house and the park and woodland areas south of the road. Since 1994 the park south of the road has been managed by the Woodland Trust on a 399-year lease.

A pedestrian footbridge was added to make it safe for visitors to explore the parkland. A footpath links the Natural History Museum to the footbridge.

Visiting Tring Park is a delight. The open fields near the road give way to the more formal woodland garden, with several colour-coded circular walks of varying lengths laid out through the woods. The long-distance Ridgeway Path National Trail runs through the woodland, following King Charles' Ride.

You can also access the Park directly from several surrounding roads. There are two entrances off Hastoe Lane, two on Merlin Hill, and three on the village roads in Wigginton to the east. 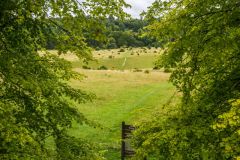 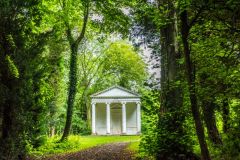 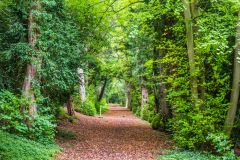 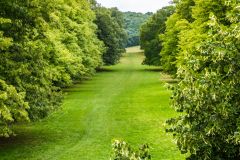 About Tring Park
Address: Tring, Hertfordshire, England, HP23 6AP
Attraction Type: Garden
Location: The easiest access is by a signed footpath from the Natural History Museum in Tring, by way of a footbridge over the A41. There is a free car park at the Museum, off Hastoe Lane.
Website: Tring Park
Email: tringpark@woodlandtrust.org.uk
Woodland Trust
Location map
OS: SP932106
Photo Credit: David Ross and Britain Express

More self catering near Tring Park