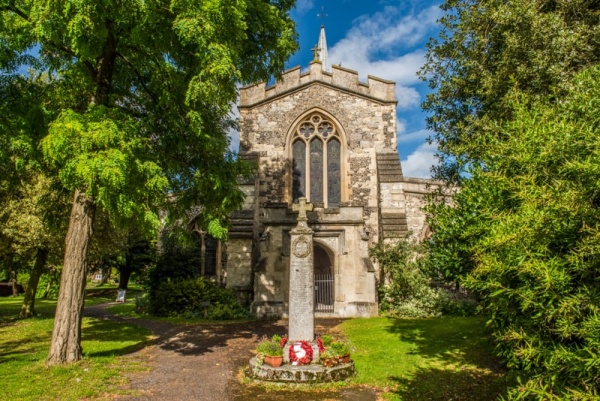 The attractive Buckinghamshire village of Ivinghoe is best known for the nearby Ivinghoe Beacon, the terminus for the Ridgeway National Trail. The village is well worth a visit in its own right for its pretty timber-framed buildings and its picturesque setting, but also to explore the 13th-century parish church of St Mary the Virgin.

The church was built around 1220 but its west wall incorporates stonework from an earlier church on the same site. One of the highlights is a beautifully carved 15th-century angel roof, decorated with figures of 24 angels and 12 figures standing on the corbels that support the roof.

That first church was owned by St Peter's Church in Winchester, and the Bishop of Winchester held the manor of Ivinghoe at the time of the Domesday Book in 1086. The bishops held the manor until the Dissolution of the Monasteries under Henry VIII. 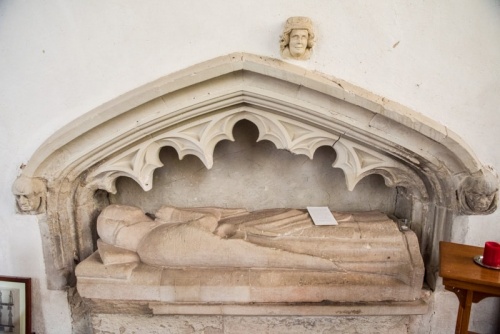 Relations between the Bishops and the local residents were not always cordial. In 1231, around the time the church was rebuilt in its present form, a band of men under Richard Siward rebelled against the Bishop and set fire to the village.

Siward had a habit of rebelling against authority; in 1220 he joined William de Forz in a revolt against Henry III but the king pardoned him for his role in the short-lived rebellion.

In 1241 Henry III granted the living of Ivinghoe to Peter de Chaceport, or de Chaseporc, of Poitou. Chaceport undertook an embassy to France on the king's behalf to negotiate with Queen Blanche for safe passage for Henry III's troops to Gascony.

The king must have been pleased with the cleric's work for when he sailed to France 2 years later to meet with Louis VIII he brought Chaceport in his retinue. The cleric fell ill on the return journey and died in Boulogne, where Henry III buried 'his beloved clerk' with great ceremony.

In a recess in the chancel wall is a worn effigy of a man in the robes of a cleric, thought to represent De Chaceport, though his body lies in Boulogne. There is a good reason the effigy is so worn; it was once called 'the best bit of sharpening stone in Buckinghamshire'. 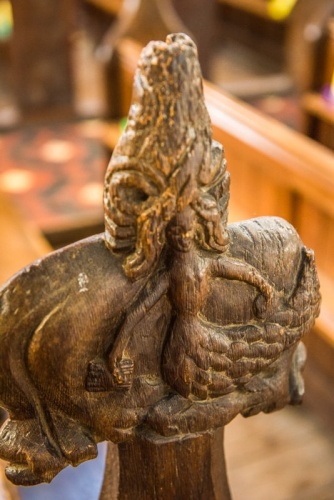 The identity of the figure is uncertain and it may not depict Chaceport but Ralph de Ivinghoe, who died around 1304. It has also been claimed with some optimism to be Henry of Blois, Bishop of Winchester and brother of King Stephen. And there is yet another possibility; that the effigy depicts a fourth man known as Granfer Greybeard. The tomb recess may originally have served as an Easter Sepulchre.

The effigy and its supporting slabs are carved from a single piece of Totternhoe stone.

In the chancel are several late medieval and Tudor brasses to wealthy wool merchants, including one depicting Thomas and Joan Duncombe (c 1531) set below a later pair of brasses to John and Alice Duncombe (c. 1594). Another brass depicts Richard Blackhed and his unnamed wife (c 1517). 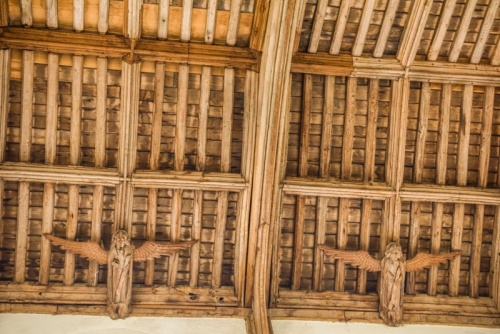 The church boasts an excellent collection of late medieval carved bench ends, decorated with a wide variety of subjects including knights in armour, witches, and the figure of a mermaid carrying a mirror and comb. There are several carvings of a Green Man and another of a priest celebrating mass.

The pulpit is a beautiful carved example of Jacobean craftsmanship, with a richly decorated tester and side panels. The back panel shows Christ's Ascension, and you can see where the carving has been damaged, probably during the religious turmoil of the Civil War. Next to the pulpit is a wrought-iron hourglass holder dated to the 17th century.

The lectern is 15th century and bears graffiti carved in 1686. There are also several extremely good carved corbels in the shape of grotesque beasts.

The church was extensively restored by GE Street in 1872. Street added the north and south porches, rebuilt the west window, installed the floor tiles and created the Baptistery. He also installed the ornately decorated font. 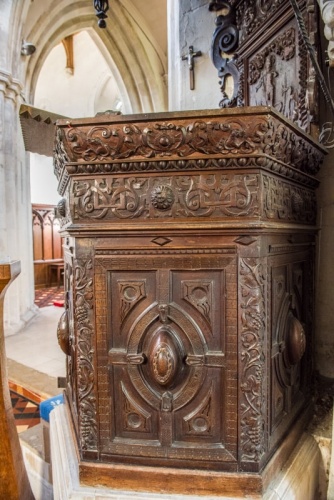 One final note; look for the thatch hook fixed to the churchyard wall. The iron hook is affixed to the end of a long wooden pole and was used to pull burning thatch from roofs before the fire could spread. Next to it is a 'man trap' used to catch - and probably maim or kill - poachers.

Below the thatch hook is a plaque commemorating the coronation of King Edward VII in 1902, bearing the names of the vicar as well as the chairman and clerk of the parish council.

We have visited St Mary's twice and each time we found the church open. It is well worth exploring, particularly for the angel roof, the medieval bench ends, and the medieval and Tudor memorial brasses. 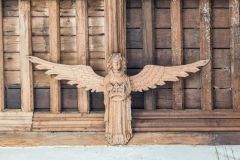 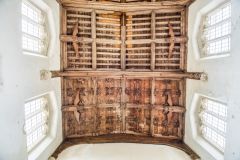 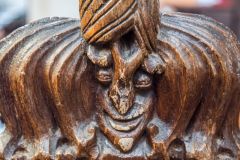 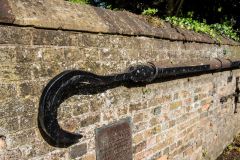