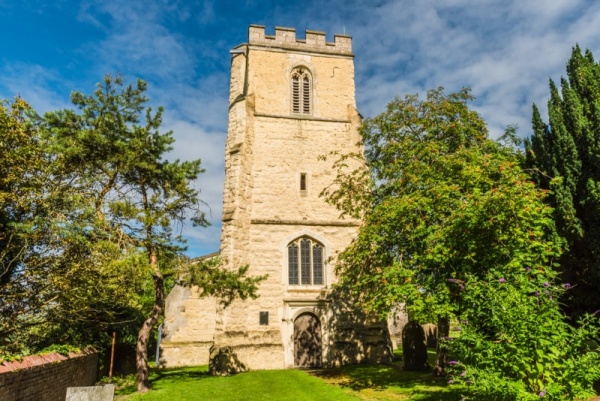 St Mary's is essentially a 13th-century church, set in an attractive location on the slope of the Chiltern escarpment, directly beside the long-distance footpath known as the Icknield Way, one of the ancient 'Four Roads of England'. 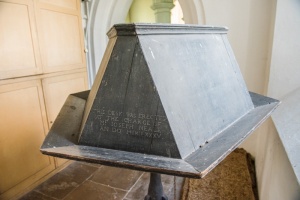 The building consists of a nave, north aisle, chancel, north chancel aisle, vestry, south porch, and west tower. Oddly, the chancel is aligned at a distinct angle to the body of the nave, making a noticeable dogleg to the north.

The interior features some excellent early medieval carving on the column capitals of the nave, and a Norman font rescued from an earlier church on the site. The font is carved as a fluted circular bowl on a tapering base and probably dates to about 1190. It is one of 22 fonts known as 'Aylesbury fonts' after the one in St Mary's Church in Aylesbury. All of the Aylesbury fonts were made from Totternhoe stone, a hard form of chalk from quarries near Dunstable.

The chancel floor has quite a few medieval tiles, assembled here from other parts of the church. The tiles depict a variety of heraldic symbols and allegorical signs.

There is a wealth of Elizabethan and Jacobean woodwork throughout the church, including the early 17th-century pulpit with carved and panelled sides. Look for the beautifully carved 15th-century piscina, decorated with the head of a Green Man in the pediment over the bowl.

Other interior features are an interesting brass to Lady Neyrnut, wife of a local nobleman, who died in 1324. It is one of the oldest (and smallest) memorial brasses to a woman in England. The brass was discovered in the churchyard in 1935. 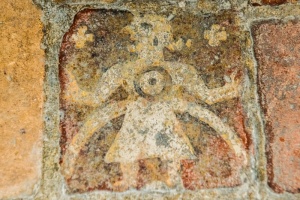 Medieval tile of a demon

Over the chancel arch is a royal coat of arms to George II, set between painted texts of the Lord's Prayer, The Creed, and the Ten Commandments. Under the coat of arms is an inscription reading 'Richard Sear and Bartholomew Adams Church Wardens, 173-'. According to records, the date was likely 1733. It seems very likely that the Biblical texts were painted over earlier medieval wall paintings.

Look for the old iron-bound parish chest, thought to date to the late 13th century and still retaining its original ironwork.

In the east wall of the nave is a small squint, or hagioscope, made to allow people in the south side of the nave to see what was happening at the altar during church services. The altar is a 17th-century communion table, and it is set off by communion rails set on wonderfully slender twisted balusters of the same date.

Perhaps the most interesting feature inside the church is a series of medieval encaustic tiles in the chancel and at the foot of the altar table. The tiles were made at Penn in the 14th century. The Penn tile industry supplied many churches in Buckinghamshire and the surrounding counties but very few are still in place like the ones at Pitstone. One fascinating tile depicts a grotesque demon with a circular 'target' on his chest. Others show fleur-de-lys, birds, strange beasts, and geometric patterns. 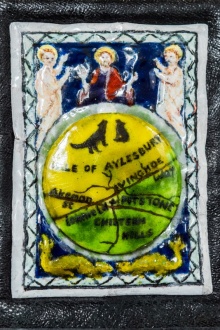 Hanging on a chancel pillar is a copy of an extraordinary medieval relic; an enamelled map of the Pitstone area. The enamelled map was possibly the work of a monk from Ashridge Priory, made to celebrate the building of the first stone church here over 900 years ago. The map is based on the 'Psalter Map of Jerusalem'. According to tradition, the map was one of several copies made to be distributed to wealthy men in the Pitstone area as a way of encouraging them to donate money to build the new church.

St Mary's is home to one of the most peculiar reading desks in an English country church. This polygonal desk is set on a revolving stand and was made to hold chained books. On one end is the inscription 'This desk was erected at the charge of Mr Joseph Neale AN:DO MDCLXXXV.' (1685).

The church is in the care of the Churches Conservation Trust and is no longer used for regular worship. Nearby is the historic Pitstone Windmill, the oldest post mill in the south of England, and the Ridgeway long-distance path passes close by.

The church is usually closed but there is a keyholder nearby. We came to visit on the dull, overcast day in July and found the church locked. There was a notice telling us where to find the keyholder, who proved to live just a few minutes walk away. She proved to be very friendly and we had a good chat about the church and its history. 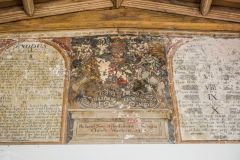 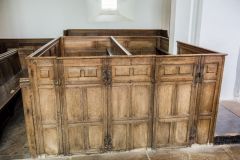 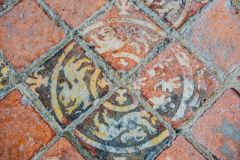