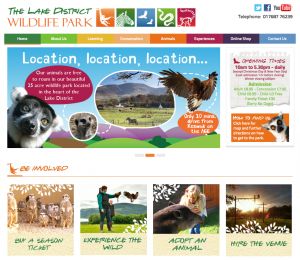 Meet animals from around the world at the Lake District Wildlife Park (formerly Trotters World of Animals), from a Canadian lynx to a bald eagle or wild boar. Organised by continent, so it's really like a mini-tour of the animal world. There are flying displays, and chances for young visitors to handle the animals.

The wildlife park occupies 24 acres on the shore of Bassenthwaite Lake, in the northern Lake District, near historic Armathwaite Hall. Within the park are over 100 species, including both familiar domestic animals and more exotic species like lemurs, Canadian lynx, tapirs, America bison, zebras, reptiles, and birds of prey. One of the star local residents is a Lar gibbon named Brian.

There are regular falconry displays and public talks about the more exotic species. Animal feeding takes place several times daily. Younger visitors will also enjoy an adventure playground and the chance to go on a tractor ride.

One of the most popular exhibits are the meerkats, but there are a lot more species to enjoy, including mandrills, Guernsey goats, Asian otters, and even a boa constrictor.

The Park also supports the International Vulture Programme and the Azafady Project in Madagascar, as well as managing over 300 acres of the Armathwaite Hall estate. 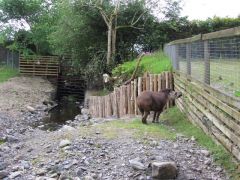 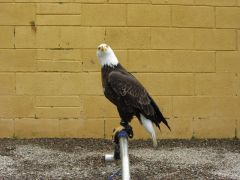