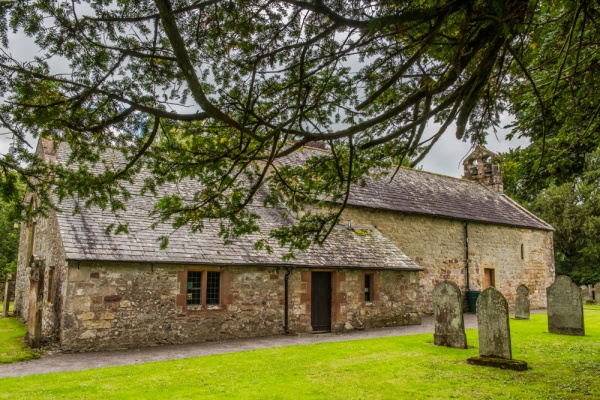 St Michael and All Angels, Isel

The pretty church of St Michael and All Angels sits in a bend of the River Derwent, in one of the most idyllic settings in the northern Lake District. Above the church, perched on the hillside, is historic Isel Hall.

The church dates to about AD 1130, though what we see today is very much a result of a thorough restoration in 1878 under architect CJ Ferguson. The layout is very simple, with a nave, chancel, south porch and north vestry. There is no tower, just a double bellcote over the west gable.

The south doorway is Norman, decorated with two orders of zigzag carving. Pieces of carved medieval stones are incorporated into the porch walls. The chancel arch is also Norman, but the font is later medieval, with an octagonal bowl. 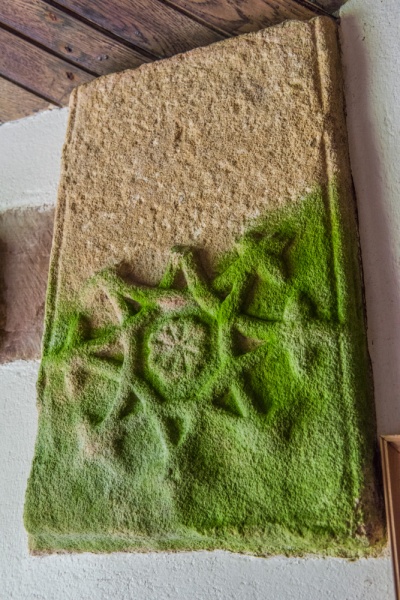 Medieval grave slab in the porch

On the wall is a royal coat of arms to George I, dated 1721. There are also two fragments of a late Celtic cross shaft, possibly 10th century.

Probably the best monument is a slate memorial to Sir Wilfrid Lawson, MP, who died in 1632. The epitaph is a verse by Sir Walter Raleigh, written on the night before his execution.

The altar frontal was worked by the Royal School of Needlework and contains pieces of cloth from hangings in Westminster Abbey.

The church's most important historic treasure is, or rather was, the Triskele Stone, a Viking carved stone. The stone was carved with a triple spiral, or three-legged symbol depicting the Norse god Thor, along with a swastika or 'fylfot', representing Thor's hammer, plus a sun snake and spiral. The stone is thought to have been carved as early as the 9th century. Unfortunately, it was stolen from the church in 1986 and has never been recovered. In its place, there is simply a photo of the stone.

The churchyard setting is wonderful. with the nearby river and a real sense off rural solitude.

The church is usually open to visitors daily from spring through autumn, and on weekends in winter. At least, that's the theory; the last time we visited late on a June day we found the church locked an no sign suggesting where we might find a key. 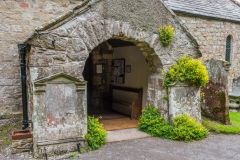 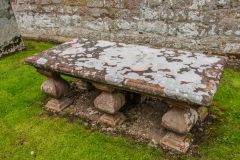 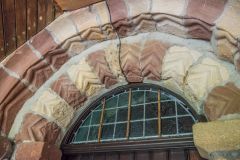 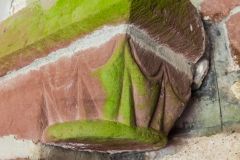