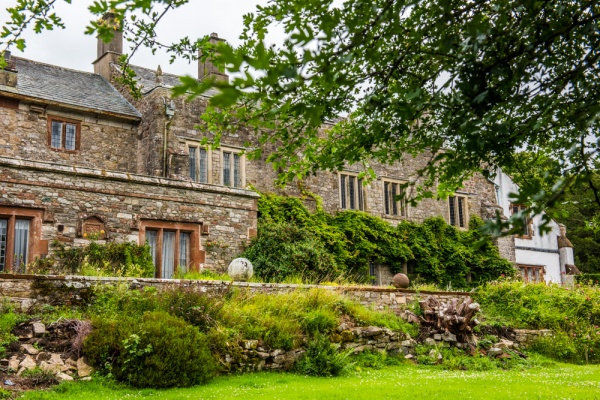 The 16th-century wing at Isel Hall

Isel Hall is a Grade-I listed stately home based around a 14th-century pele tower, standing on a high slope above the River Derwent. The tower was extended in the 15th century with the addition of a hall wing. The house was further enlarged in the 16th and 17th centuries and now consists of the three-storey tower with a two-storey hall wing at an angle. To the east, the remains of a medieval moat are still visible.

The pele may date from 1400, and was possibly built to replace an earlier structure that was sacked when the Scots raided Cockermouth in 1387. 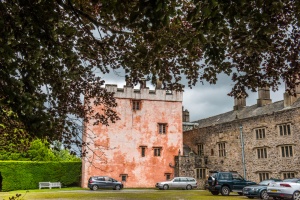 The history of Isel goes back at least to the reign of Henry II, when a document records that Randulph d'Engayne received the manor from Alan, the son of Waltheof. The estate passed by marriage to the De Lucy and Moulton families, and then in 1315 Margaret Moulton married Sir William de Leigh. Sir William is buried in Isel churchyard beside his horse. The Leigh family held Isel until 1572. In that year the estate passed to the Lawson family, who lived at Isel until the family line died out in 1986.

Perhaps the most famous Lawson was Sir Wilfrid Lawson, 3rd Baronet, who served as Groom of the Bedchamber to George I. The last Leigh at Isel was Margaret Austin-Leigh, who left the house to her friend and relative Mary Burkett OBE. Ms Burkett was the director of the Abbot Hall Gallery in Kendal. She initiated much-needed restoration work at Isel Hall, helping repair the pele tower, sunken garden, and the terrace behind the house.

Isel Hall is situated on the banks of the River Derwent, close to Bassenthwaite Lake. The house faces west over the river, with wide terraces where rhododendrons bloom in spring.

We visited Isel Hall on a rather blustery day in June. Admission is only by guided tour, but we did not have to pre-book. It must have been a quiet afternoon at the Hall, for our family were the only people on the tour. Our guide was excellent and showed us first around the Tudor hall, which was remodelled in the Victorian period. 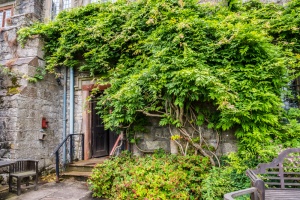 We saw several very comfortable family rooms on the ground floor, including the drawing room, created from the newest addition to the house, a 19th-century billiard room. That word 'comfortable' is a good description of Isel Hall; it's not an opulent stately home like Harewood House or Blenheim Palace, but a comfortable historic house.

The real treat for us was to be able to see the pele tower. This was originally free-standing, even after the neighbouring wing was built in the Tudor period. During the 19th century, the space between the wing and the pele tower was covered over and a passage created between the two parts of the Hall.

Our guide let us have a glimpse at the vaulted medieval undercroft of the pele tower. With its low, barrel-vaulted ceiling and narrow slit windows, it feels like you are stepping back in time, to an age when the inhabitants of Isel Hall would have lived in constant fear of attack from Scottish raiders.

Both inside and outside the house you will see examples of the Lawson family crest. The crest is a rebus, or symbolic pun, with two arms of the law holding a sun (Law + Son = Lawson).

We loved our visit to Isel Hall, and can highly recommend it.

NB. I've seen the name of the hall and nearby hamlet spelled various ways; most often as Issel, or Issell. The correct spelling is Isel, with one 's' and one 'l'.

NOTE: Since our visit, opening arrangements have changed. The Hall is now only open to public by arrangement only. 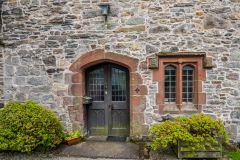 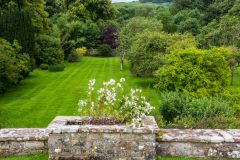 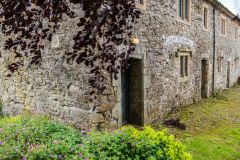 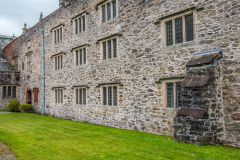 More self catering near Isel Hall >>