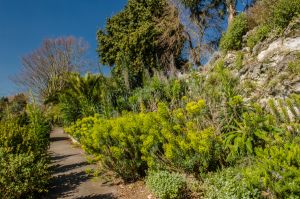 22 acres including many rare tender plants from Mexico, the Himilayas, and China. Included are a pinetum and a rose garden with over 700 varieties. Temperate House contains exhibits from Australasia, southern Africa, Crete, and St Helena.

Ventnor Botanic Garden occupies a unique environment; protected by the chalk downs that rise inland, nestled on a terrace at the centre of Ventnor Undercliffe, the gardens are sheltered from the prevailing northerly winds. The result is a remarkable micro-climate which has more in common with the Mediterranean than the rest of Britain. The result is that plants thrive at Ventnor that would be impossible to grow elsewhere in England.

The gardens are laid out to showcase plants by region, or area of the globe where they are most common. Thus, the South African terrace leads to the Australian zone, and then to the New Zealand Garden. There is a special Mediterranean Garden, and Olive Grove, and a Palm Garden. One of the most recent areas of the garden to be planted is the Herb and Medicinal Garden, showcasing plants often grown for their culinary or medical properties.

The Tropical House is modelled after the curvilinear conservatories that were popular in the Victorian period. Beside the conservatory is the Arid Garden, with cacti, aloes, and agaves planted on a dry slope.

One of the oldest parts of the gardens is the Walled Garden and Long Border, which dates to the 19th century, when the Ventnor site was occupied by the Royal National Hospital of Diseases of the Chest. This area is planted with herbaceous perennials, and fruits like nectarines, peaches, pears, and even bananas.

The Ornamental Lawns at the bottom of the garden feature many 'champion trees', that is, the largest of their species in the country. In this area is a totem pole, rather oddly displayed lying horizontally just off the ground.

One of the more unusual features at Ventnor are specially built 'lizard walls', made to provide a habitat for the largest colony of common wall lizards in Britain.

I don't pretend to be a gardener, though I love the natural beauty that gardens display. Names of species are lost on me, yet I thoroughly enjoyed visiting Ventnor. Strolling through the winding paths and terraces, you can't help but get the feeling that this is a garden where a great amount of care and love has gone into creating an environment for plants to grow and thrive, plants that we would ordinarily never expect to see in England.

Ventnor is a delight to explore. The gardens are not overly large, and unless you are an avid horticulturalist, it will take no more than a couple of hours at most to experience the full extent of the gardens. Hold onto your ticket; when I visited the ticket was good for a week, so I could have returned as often as I wished. 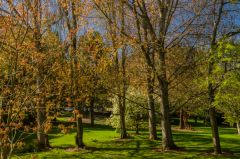 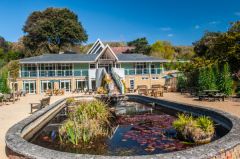 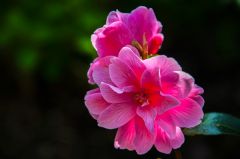 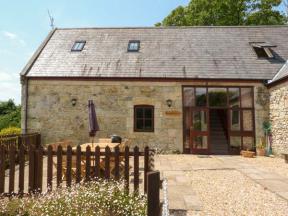 A semi-detached, Island Stone holiday cottage, situated in 30 acres of farmland near St Lawrence on the Isle of Wight, with four bedrooms accommodating eight people.
Sleeps 8 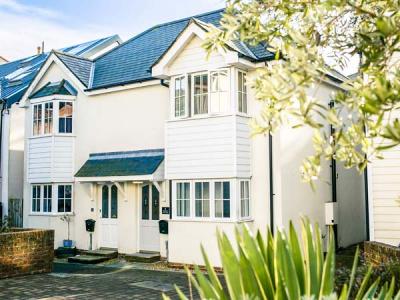 A semi-detached luxury cottage in the centre of Ventnor on the Isle of Wight and can sleep four people in two bedrooms.
Sleeps 4