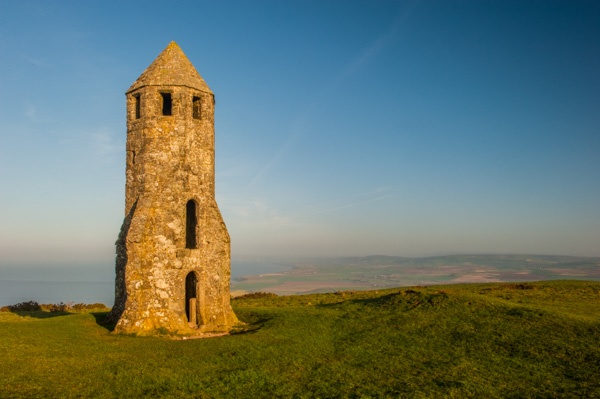 A peculiar 13th-century monument, somewhat resembling a modern rocket, standing atop a high hill above Blackgang, on the south-west coast of the Isle of Wight.

St Catherine's Oratory was built in 1328, as a combination of an oratory and a lighthouse. The lighthouse originally formed the west tower of the oratory, but now it is the only part remaining. Remains of the oratory can be seen as earthworks up to 1 metre high.

The lighthouse is octagonal on the exterior, but square within. To one side of the tower are the remains of a Bronze Age burial mound (2600-700 BC). Excavations on the site also revealed the remains of a medieval lime kiln, presumably used to make mortar during the construction of the oratory.

The story goes that St Catherine's Oratory was built as penance by Walter de Godeton, a local man who was convicted of stealing casks of wine belonging to the church from a ship wrecked off Chale Bay in 1314. The church threatened de Godeton with excommunication if he did not build a combined oratory and lighthouse above the site of his crime.

It is possible that the oratory replaced an earlier chapel on this site. The oratory was endowed with funds for a priest to tend the lighthouse and say prayers for the souls of people lost at sea. Apparently, this arrangement continued until the Dissolution of the Monasteries.

After the Dissolution, the oratory gradually fell out of use but the beacon was maintained as a service to shipping. The oratory was still in existence in 1566, but by the end of the 18th century only the lighthouse remained.

Because of its shape, this octagonal tower is known locally as The Pepperpot. The Oratory is part of the Tennyson Heritage Coast, which connects several monuments along a stretch of the downs along the south coast.

Behind the oratory, slightly over the brow of the hill and beyond the fence, is the truncated base of a circular 18th-century structure meant to replace the Pepperpot. This was built in 1785 but never finished, and today it stands within a modern radio tower installation, rather incongruously protected by a mesh fence. The local inhabitants have a sense of humour, for the newer structure is known as the 'Salt Pot', in contrast to the earlier 'Pepperpot'.

I've been to the Oratory twice, and I can tell you it is well worth the climb from the parking area just for the views! The whole sweeping landscape of the downs opens up below you in a wonderful panoramic vista. The main appeal of the Oratory is its striking shape; there is not a whole lot to the actual structure.

You can go inside the tower base and see the empty shell rising up above your head, and examine the door and window openings, but that's about it. There is an information board with an artists impression of how the oratory and beacon must have looked in the medieval period.

You can go through a nearby gate in the fence behind the Oratory and walk to the Salt Pot a hundred yards away, but you can't get close to that building due to the modern steel mesh fence. 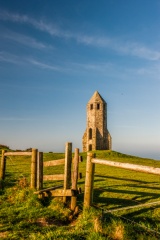 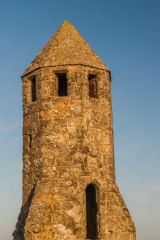 The top of the oratory tower 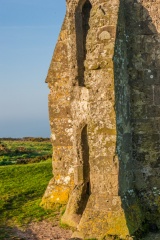 Thick medieval buttresses
at the base 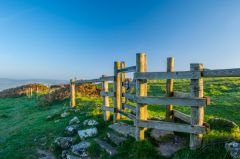 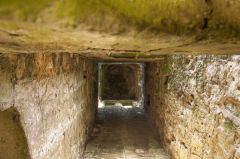 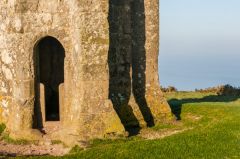 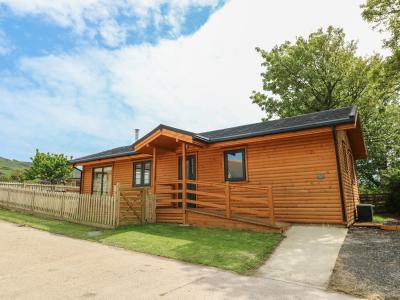 This delightful lodge rests in the pretty village of Chale, on the Isle of Wight, England and can sleep six people in three bedrooms.
Sleeps 6 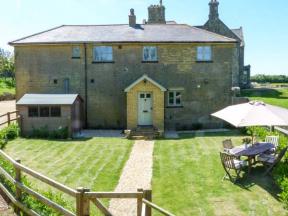