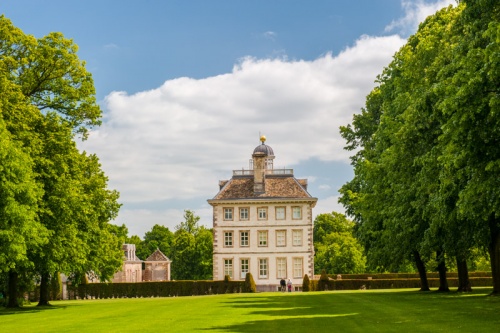 Ashdown House from the North Ride

Ashdown House is an extraordinary Dutch-style 17th-century house perched on the Berkshire Downs and famous for its association with Elizabeth of Bohemia ('The Winter Queen'), Charles I's sister, to whom the house was dedicated.

Ashdown House has compared to a doll's house, a testament to its delicate, ornate exterior and box-like outline of the central block.

The house was begun by Lord William Craven as a gift for Elizabeth of Bohemia. Elizabeth was the daughter of James I of England and VI of Scotland, and in 1619 she married Frederick, the Elector Palatine. The couple reigned as monarchs of Bohemia for just a single year. Frederick was defeated at the Battle of White Mountain in 1620 and the royal couple were forced to flee into exile in The Hague.

There the exiled queen met Lord Craven, a nobleman and soldier, and one of the richest men in England. Craven was smitten by the queen, and for the rest of his life served her, offering financial support at a time when she badly needed money. When Frederick died Queen Elizabeth returned to England with Craven and took up residence at his London house on Drury Lane. We do not know how close their relationship became, but rumour suggested that they had secretly married, and Lord Craven certainly acted the role of husband, escorting the queen to social events and behaving as the unofficial head of her household. 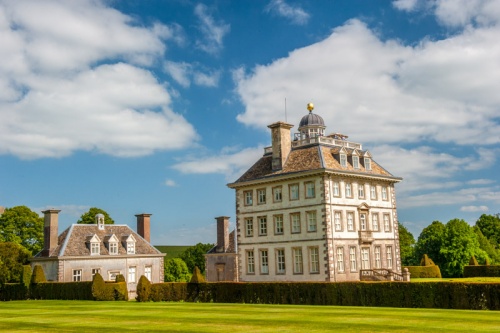 The house and lodge from the north-west

Plague was a constant threat in London, and Lord Craven was concerned lest the queen contract the deadly disease. He wanted to provide a haven, a safe country retreat far from the perils of city life. He chose Ashdown as the site for a miniature palace, a royal residence in the countryside, where Elizabeth could enjoy the hunting life she loved.

But tragedy struck, for Elizabeth died before the new house was complete. In her will she left Lord Craven many of her belongings, including personal papers, portraits, and hunting trophies.

Lord Craven never married, and after his death the house passed down through generations of his descendants until the 20th century. It was used as a military base in World War II and Ashdown was given to the National Trust in 1956.

One of the finest interior features is a grand staircase of carved oak and elm. At the top of the house is a cupola with acces to the roof, where on a clear day you can see over 3 counties. Outside the house is a lovely formal parterre, and further afield is quiet woodland with walking trails. 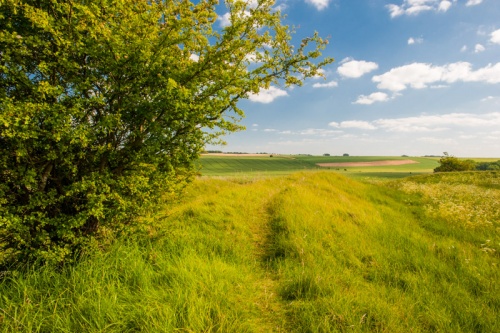 The house has limited opening times, but the larger estate is open dawn until dusk, and is a popular place to enjoy country walks. There are 500 acres of woodland, parkland, pasture, and downland, with miles of pathways to explore. The woods are home to muntjac, roe, and fallow deer. Throughout the estate you can see Balleroy ponies, a breed of Highland pony bred from Scottish stock.

The National Trust has now purchased the Iron Age hillfort known as Alfred's Castle, immediately west of the Ashdown grounds. An easy 10-minute walk from the house leads to a gate giving way to a level path to the hill fort.

Alfred's Castle takes its name from the tradition that King Alfred the Great prepared for a battle against the Danes here, within the ruins of the much earlier Iron Age earthworks. If true, Alfred would have seen the remains of a Roman villa built within the hillfort walls. I looked for the villa remains when we visited, but the interior of the hillfort was overgrown with summer yarrow so any trace of the villa was hidden. 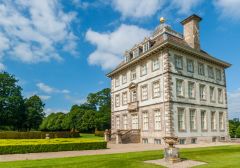 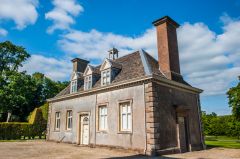 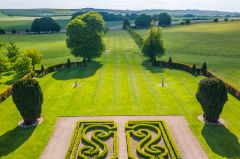 More self catering near Ashdown House >>