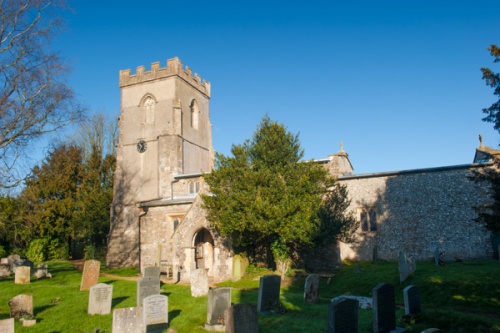 The old Roman road of Ermin Street passes through the hilltop village of Baydon, in the north-east corner of Wiltshire. Nowadays it is a more modern road that intrudes, as the sound of the busy M4 motorway creates a constant background noise to the chirping of birds in the small, leafy churchyard of St Nicholas church.

This Grade II listed building is one of six within the Whitton group of churches, which include Baydon's closest neighbour, Aldbourne. St Nicholas church dates to at least the Norman period, and the nave and north arcade survive from the Norman church.

The earliest reference to Baydon comes from 1196, so we can infer that the church did not exist at the time of the Domesday Book in 1086. The first church was constructed of flint rubble and limestone, and the three-stage tower was rebuilt during the 15th century. The belfry clock is dedicated to nine men of Baydon who lost their lives in World War I.

Within the belfry is a ring of three bells, the oldest dating to 1670. To the Norman work in the nave has been added an Early English south aisle and clerestory. The north aisle is more modern still, rebuilt by Victorian Gothic master GE Street.

In an interesting historic sidelight, there is a written record that in 1249 the chaplain of Baydon was murdered, though no more details of this event can be found.

The south doorway is 15th century in Perpendicular style. The doorway is a relative newcomer compared to the curious font, dating to the 13th century and built as a circular bowl in an octagonal top, each face of the octagon carved in a sunken arcade. The font stands by the south arcade, the oldest part of the building, dating to around 1100 AD. A number of Georgian monuments decorate the chancel walls.

In the words of the church guide, written by Mark Child, St Nicholas, Baydon is 'a simple country church, successfully wrestling with the cracks, the crumbling masonry, the damp patches, the woodworm and death watch beetle. Here and there, modern gifts of woodwork abound, hymn boards, table altar - the tangible evidence of faith within'. I couldn't have said it up better myself. 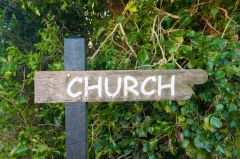 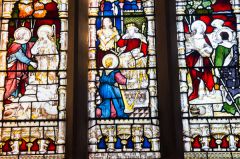 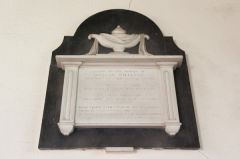 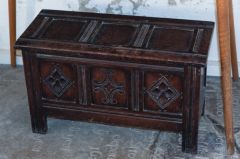 More self catering near Baydon

More bed and breakfasts near Baydon