HERITAGE HIGHLIGHTS:   St George's Chapel, home of the Order of the Garter 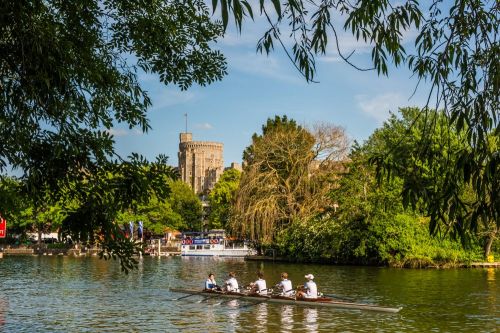 Windsor Castle from the River Thames

Windsor Castle is the largest inhabited castle in the world and the oldest in continuous occupation. The enormous castle was begun by William the Conqueror on a typical Norman motte and bailey plan. William chose a commanding spot for his fortress, on a high (100ft) cliff overlooking the Thames River. He built up a mound of earth and erected a wooden palisade atop the mound, or motte.

Though the castle has been expanded and enlarged numerous times over the subsequent centuries, the basic layout of William's plan can still be seen.

Henry I replaced the wooden structure with a shell keep of stone, using stone quarried at Totternhoe in Bedfordshire.

Henry II rebuilt the defences and added a second bailey in 1175, and at the same time provided for more comfortable accommodation. Henry was fond of Windsor and planted a herb garden and a vineyard here. It was Henry who built the first royal apartments, the foundations of which can still be seen in the basement of the present apartments. 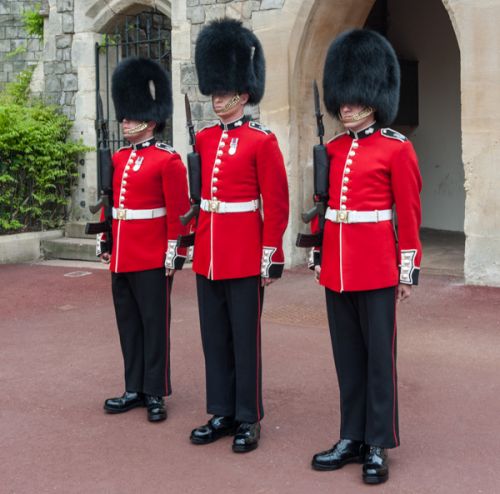 The castle withstood two sieges in the early medieval period. Prince John attempted to take the throne in 1194 when his brother Richard I was out of the country. Nobles who remained loyal to the king tried and failed to wrest control of the castle from John.

Later, when John was legitimately king, Windsor was unsuccessfully besieged again by the nobles as part of the hostilities which culminated in the signing of the Magna Carta.

Though Henry III contributed some minor building, the next major builder was Edward III. In the years following the Black Death in 1349 Edward lavished over 50,000 pounds on Windsor Castle, making it the single largest crown building project of the Middle Ages. Edward was driven by a desire to match the French crown in architectural splendour. From that time on Windsor has stood as one of the principal residences of the monarch. 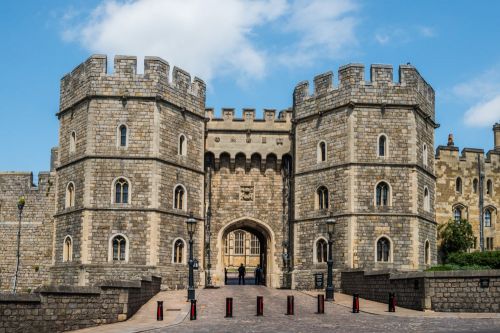 Later monarchs added to the complex of buildings we now know as Windsor Castle. Henry VIII built the great entry gate which bears his name. The last major building took place under George IV when the tower was raised - at the cost of 1 million pounds - to make it the highest of any castle tower in the country.

The grounds contain St. George's Chapel, one of the most beautiful examples of medieval church architecture in England. The chapel is the official home of the Order of the Garter. Every June an official gathering of the Order is held at Windsor Castle, and at that time any vacancies are filled with new members.

The monarch and royal members of the order attend an official luncheon at the Waterloo Chamber, after which they walk in procession to a service at the Chapel. More on the Order of the Garter. St George's Chapel was begun in 1475 by Edward IV and finished 50 years later.

Within the chapel are the tombs of 10 monarchs, including Edward IV, Charles I, George V and Queen Mary, and George VI. Also buried here is Henry VIII, who lies beside his favourite wife, Jane Seymour. 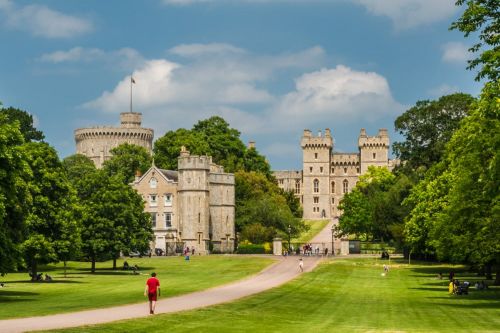 Behind St George's Chapel is the entrance to the Albert Memorial Chapel, built by Queen Victoria in memory of her husband and consort, Prince Albert. Albert himself is buried in the Frogmore Mausoleum in the grounds of Windsor Great Park.

When the queen is in residence the Royal Standard flies atop the Round Tower. At other times the Union Jack is flown.

Visible across the river from the castle is Eton, home to one of Britain's most historic - and exclusive - public schools. 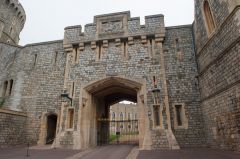 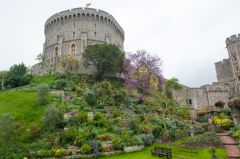 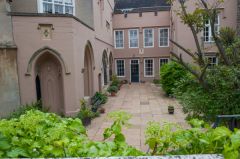 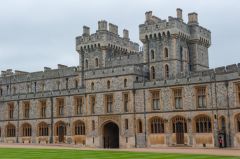 Note: You can get Free Entry to Windsor Castle with the London Pass

More self catering near Windsor Castle