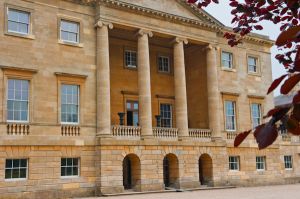 This beautiful Palladian mansion was built in 1776-83. The interior is notable for its original delicate plasterwork and elegant staircase, as well as the unusual Octagon Room. The house fell on hard times early in the last century but was rescued and restored by Lord and Lady Iliffe, who filled it with fine pictures and furniture. The early 19th-century pleasure gardens are currently being restored and there are way-marked trails through the parkland.

The National Trust has essentially preserved two aspects of Basildon; the elegant 18th-century interiors and the 1950s house as Lord and Lay Iliffe knew it. So you pass from classically-decorated Georgian rooms to mid-20th-century bathrooms and offices to a restored 1950s kitchen. It's a bit of an unusual juxtaposition, but it makes the house all the more real and 'lived-in'.

The most impressive room in the house is arguably the entrance hall, where the ceilings feature stunning plasterwork in Palladian style. The dining room features a quite fabulous ceiling, gilded and painted in neo-classical style with scenes from Dante's Inferno. 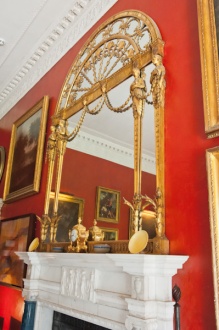 The Library at Basildon

Another fascinating room at Basildon is the Bamboo Bedroom (you'll know why its called that when you see it!). In this Oriental-themed room are a pair of unusual 19th-century Chinese medicine dolls.

These dolls were used by Chinese nobility when they visited a doctor. Because their status meant they would never undress before a doctor, they would simply point to afflicted areas on the dolls to show the doctor where they hurt!

The Iliffes were friends with artist Graham Sutherland, who created the 'Christ in Glory' tapestry at Coventry Cathedral. An entire room at Basildon is filled with Sutherland's drawings for the tapestry.

There is a 400-yard walk uphill from the parking area near the stables, passing through very pleasant woodland, to reach the house itself.

The neo-classical entrance facade of Basildon is imposing - it seems to loom over the pleasant parkland beyond its grand facade. By contrast, the rear of the house is much more understated and simply elegant, with wonderful views across the sloping fields below the house. I would describe the main garden area behind and below the house as pretty and pleasant, but not particularly impressive.

Of course there is much more to the grounds at Basildon than the gardens; the woods and parkland are extremely nice, with signposted walks indicated by different coloured markers. You could easily spend much of a day meandering around these estate paths.

Visitors to Basildon may be guided around the lower floor as part of a tour, depending on the number of staff available. When we visited the ground floor was only viewable by tour but on the first floor we were free to wander at our own speed.

The ground floor tour guide was very knowledgeable and interesting and clearly enjoyed telling visitors about the history of the house and its owners. If you have to opportunity to take a tour I would suggest you do so; it can really add to your appreciation of the property. 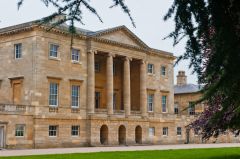 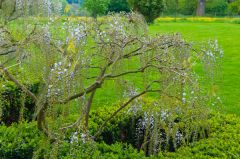 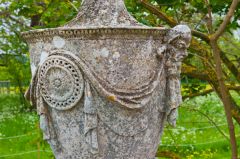 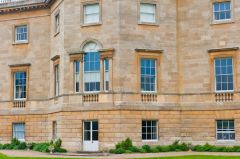 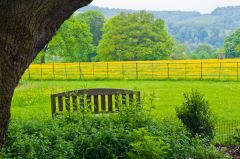 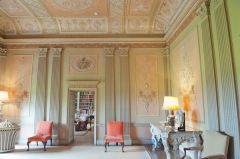 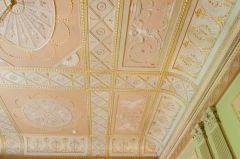 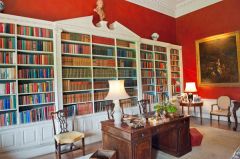 More self catering near Basildon Park >>