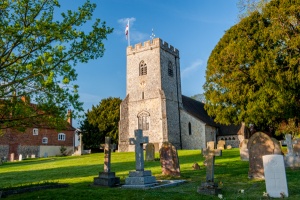 A large church in a pretty village on the east bank of the River Thames, St Andrew's dates to the early 13th century, though there was almost certainly a much earlier church on this spot. The parish is thought to have been founded in Saxon period by St Birinus, but the earliest part of the church we see today is a pair of lancets in the south aisle and north wall. Fragments of medieval glass are gathered in the south aisle window.

The church was completely rebuilt in the first quarter of the 13th century, using local flint and rubble. In layout is consists of a nave, chancel, north and south aisles, south porch, west tower, and vestry.

The dedication to St Andrew may be because Birinius, who founded many churches in the Thames Valley, came from the Abbey of St Andrew in Rome. St Andrew was also a fisherman, and fishing, particularly for eels, was an essential part of life for the local inhabitants. 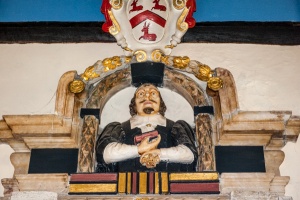 St Andrews is especially interesting for its memorials. In the chancel is a mural monument to Dr Griffiths Higgs, Dean of Lichfield and once chaplain to Elizabeth Stuart, Queen of Bohemia (The winter queen). Higgs was born in 1589 and was baptised at South stoke. He attended St Johns College, Oxford, and became first a Fellow, then a Master, at Merton College. In 1627 Charles I sent him to his sister Elizabeth, Queen of Bohemia, to be her Chaplain, a post he filled for a dozen years.

Higgs was recalled to England by the Archbishop of Canterbury and eventually served as Chaplain to Charles I himself. He lost his position in the Civil War due to his Royalist associations and retired to South Stoke. On his death in 1659 he gave £100 to buy land for the poor and the huge sum of £600 to fund a free school in perpetuity.

Unfortunately for Higgs' noble intentions, his nephew embezzled the money! The villainous nephew's conscience bothered him in the end and he repented. He was buried outside the church door so that every visitor steps on his grave! 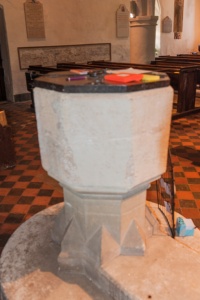 The large font is 13th century, though the base appears older. The chancel arch and large east window are 14th century, as is the south doorway. In the south aisle is a canopied statue niche in Decorated Gothic style (14th century).

On the north wall is another niche, of a slightly later date. Look for the corbels supporting the niches; they are nicely carved with faces, though the carving has been defaced, probably during the Reformation.

In the centre aisle are a pair of 18th-century grave slabs to William and John Clackson, and in the chancel is a 13th-century piscina, with another by the south door and a third on the north wall.

In the chancel are three chairs; two are Victorian 'Glastonbury Chairs', but the third is 14th century; a remarkable survival that was used by clergy until 1857. On the north wall is a fragmentary wall painting from the late 16th century.

We visited St Andrews as part of a wonderful walk along the Thames Path, taking in historic churches at North Stoke, Mongewell, and Newnham Murrent. I can highly recommend the route for a lovely walk on a sunny day! 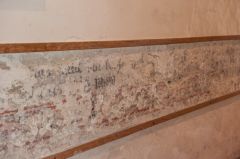 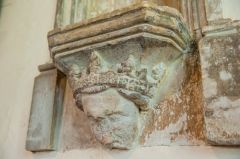 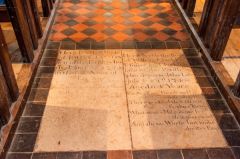 More self catering near South Stoke