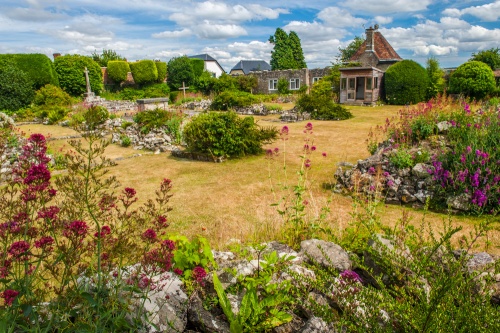 Shaftesbury Abbey was founded by King Alfred around AD 888, and Alfred's daughter Aethelgiva was the first Abbess. The town grew up around the abbey during the late Saxon period and gained in importance to the point where it was granted the right to have no less than three money minters under Aethelstan.

During the medieval period, the Abbey was a popular destination for pilgrims who flocked to the shrine of St Edward. The excavated remains of the abbey church lie within a walled garden, and the Shaftesbury Abbey Museum traces the history of the site.

About the Abbey - what to see

The Saxon monastery built by Alfred was later replaced by a medieval abbey, of which only fragmentary remains still stand, but enough has been restored to give a clear picture of what the site looked like during the Middle Ages.

The foundations of the abbey church are laid out on the turf, with the major areas well signposted. The probable site of Edward the Martyr's shrine is preserved in the north-east corner of the church, near the high altar. To the north of the church is a recreation of a medieval herb garden, and in the centre of this, surveying the whole site, is a striking statue of Alfred the Great.

The abbey grounds are entered through a modern museum telling the story of the abbey and displaying artefacts found during excavations on the site.

The first Shaftesbury Abbey was built around the year AD 888 by Alfred the Great, possibly in thanks for his victory over the Danes. In order to solidify that victory, Alfred founded a series of fortified towns, or burhs, across the south-west. Among these was Shaftesbury, which was founded several years earlier, around AD 880. 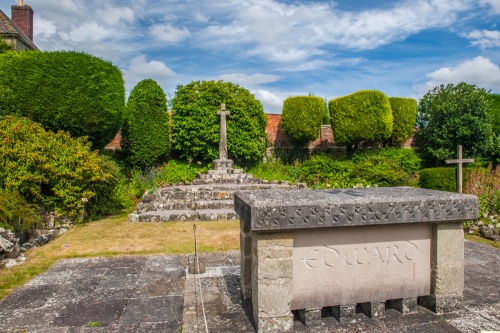 The site of the high altar

The abbey followed 7-8 years later, and Alfred placed his own daughter Aethelgifu at Shaftesbury as the first abbess. Shaftesbury Abbey was the first British monastery completely reserved for women; before that time British monastic houses had been double houses (with both men and women).

The eventual success of the abbey was ensured when the remains of Edward the Martyr were brought here after his murder at Corfe Castle in AD 978. A combination of royal patronage and the considerable wealth brought by pilgrims coming to pray at the shrine of St Edward made Shaftesbury a rich and powerful abbey.

Among the visitors to the abbey was King Canute (or more properly, Cnut), who died here in 1035. In the early 20th century a small container was excavated at the abbey which is thought to have contained Canute's heart. A metal plaque to Canute is set into the wall just outside the abbey entrance.

The abbey also served for a time as a royal prison; in 1312 Elizabeth Bruce, wife of Robert the Bruce, was held at Shaftesbury Abbey by Edward II. When Robert defeated the English at the Battle of Bannockburn in 1314 Elizabeth was released. Later royal visitors included Henry VII and Catherine of Aragon, on her way to London to marry Prince Arthur.

The abbey was dissolved by Henry VIII in 1539, the last English abbey to close. The abbess, sub-prioress, and 50 nuns were pensioned off, and the abbey was sold to the powerful Arundel family. 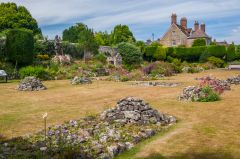 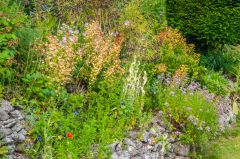 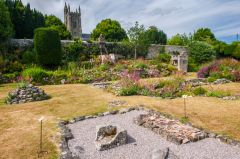 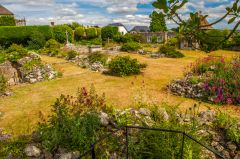 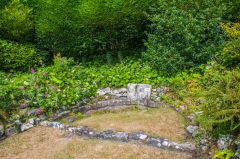 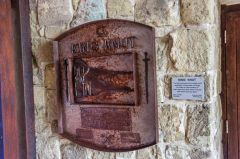 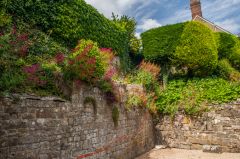 More self catering near Shaftesbury Abbey Museum and Garden >>

More bed and breakfasts near Shaftesbury Abbey Museum and Garden >> 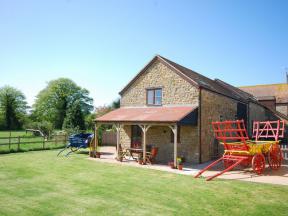 Comfortably nestled into the grounds of a farm amongst the Dorset hills this cottage is perfect for quiet couples break. With the picturesque rolling hills and dales of Dorset right …
Sleeps 2 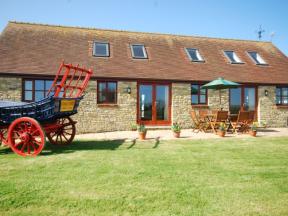 This property enjoys an idyllic location on the owners land in North Dorset close to the border with Somerset. The surrounding countryside is perfect for country walks and cycle rides …
Sleeps 6