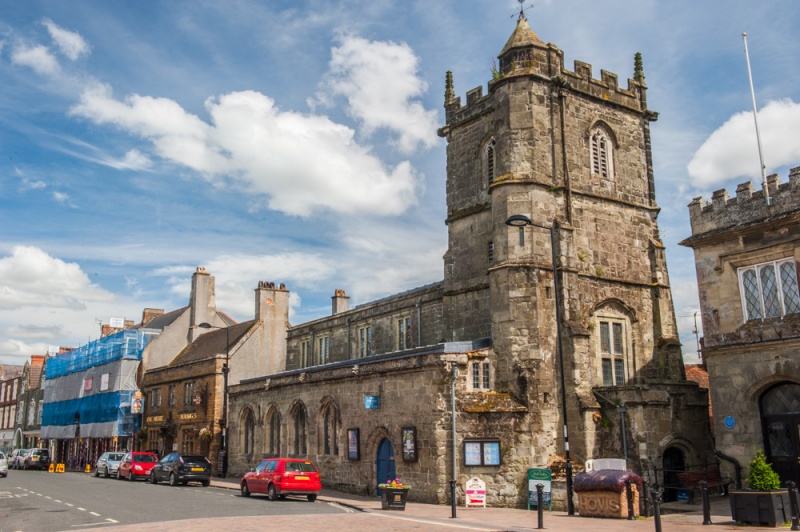 The historic church of St Peter stands between the striking town hall and the Mitre pub, at the top of Shaftesbury's famous Gold Hill. St Peter's dates to the 14th century and is the oldest church in Shaftesbury. It was built to serve pilgrims coming to Shaftesbury Abbey and stood just outside the abbey wall.

The first recorded rector comes from 1305, but workmen have uncovered remains of much earlier foundations under the nave floor. A section of flooring has been covered by a clear pane of plexiglass so visitors can see the old foundations beneath the nave.

Shaftesbury was hit hard by the Black Death of 1348 and suffered extreme poverty, so it took well over a century to complete the church. As a result, it is a mix of different styles, including Decorated and Perpendicular Gothic.

The base of the tower is the oldest part of the present church, with two 14th century arches. In the tower hang 6 bells, the oldest of which was cast in 1670. The nave and aisle arcades are 14th century, and the interior is lit by large clerestory windows inserted in the 15th and 16th centuries. The church is built of rubble and Greensand ashlar. The nave roof is 16th century, and under the south aisle is a 16th-century crypt.

In the south aisle is a grave slab to Stephen Payne (d. 1508) showing the indents where his memorial brass was set. The communion rails are 17th century, as is the altar table. The octagonal font is 15th century, with an 18th-century wooden cover. There are some very good 15th and 16th-century glass panels in the east nave window. One 15th-century panel depicts a shield with the Five Wounds. Other panels bear coats of arms to Sir John Fitzjames of Lewston (d. 1539).

During the late Victorian period, the church fell into disuse and nearby Holy Trinity was used as the parish church. St Peter's was used only for occasional services and began to decay badly. During WWII the church interior was used as a grain store. It was declared redundant in 1971, but it was restored by the Redundant Churches Fund and reopened in 1977.

St Peter's has been open on both occasions I visited. The church stands just a few steps from the top of Gold Hill, the iconic cobbled lane framed by picturesque thatched cottages. 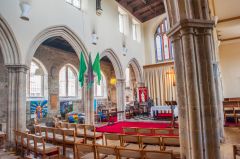 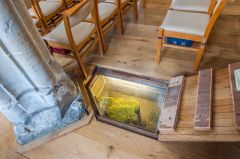 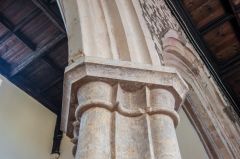 More self catering near Shaftesbury

More bed and breakfasts near Shaftesbury

Self Catering near Shaftesbury