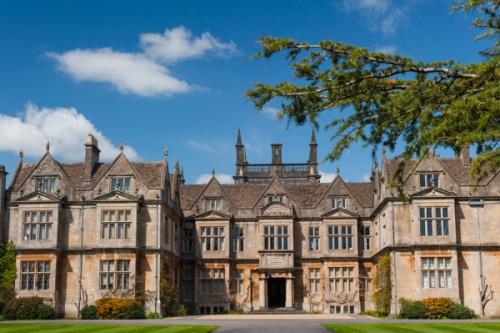 Corsham Court
Corsham Court is a beautiful Elizabethan mansion built in 1582 and much remodelled over the subsequent centuries. The opulent state rooms were designed by Capability Brown, with furnishings by Robert Adam and Chippendale. The ground floor has been given over to a collection of Renaissance paintings, primarily by Italian and Dutch masters.

The Kings of Wessex had a summer palace at Corsham as early as 978 AD, and from there the estate passed down through generations of royal owners until Elizabeth I leased the property To Thomas Smythe. Smythe built a manor here, completed in 1582. Like many Elizabethan manors, Smythe's new house was on an E-plan, with projecting wings and a smaller central entrance block.

The Art of Corsham

The pride of Corsham is the fabulous art collection amassed by Sir Paul Methuen in the 18th century and added to by subsequent generations of the Methuen family. Sir Paul was a career diplomat, and over the course of a long career in postings around the globe he built up a large collection of paintings, including quite a few Old Masters.

After Sir Paul's death his estates passed to his nephew, also named Paul, who made a fortune in the wool industry and married Kitty Cobb, heiress of another wealthy west country wool family. 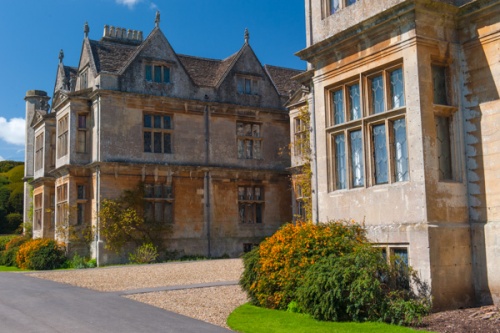 Before he even received his inheritance in 1745 the younger Paul Methuen bought the 16th-century manor of Corsham Court and immediately began to plan to transform the house into a setting for the family art collection. Right from the start, the house was meant to be both a residence and an art gallery.

Nathaniel Ireson designed a new north front in Palladian style, but that was just the beginning. The younger Methuen inherited in 1757 and within 3 years Capability Brown had begun work on the manor house and the surrounding gardens.

Brown's commission was to design a Picture Gallery and integrate it with the earlier Elizabethan frontage. This he did in some style, creating a triple cube Picture Gallery linked to a Cabinet Room. 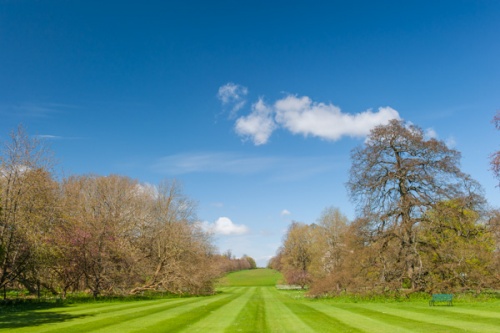 While Nash's designs might have been fabulous, his estimates were not; his initial estimate for the work was 5647 pounds, but by the time work ended in 1805 the bill had reached 25,500 pounds.

Just as seriously, Nash had grown so popular that he was seldom on hand to supervise work, and as a result, the materials were inadequate, the roof leaked, and the foundations proved inadequate to the weight of the new additions.

Dry rot set in, and the Methuen's had had enough. They sued Nash, who in turn blamed knavish workmen. Within 4 decades all of Nash's work had to be replaced, save for a quite exquisite dairy in Gothic style, oriel windows and turrets on the east front, and some windows and gables in the servant's quarters. 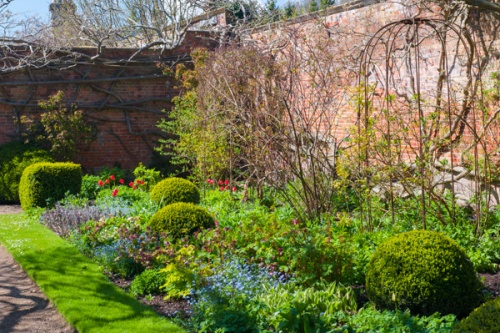 The opulent state rooms provide a wonderful setting for the paintings, ceramics, and other art objects collected over the centuries. Among the most memorable objects on display when we visited was Fra Filippo Lippi's Annunciation, painted in 1463 for the Cathedral Church of Pistoia.

In 1844 the Methuen heir married into the family of Reverend John Sanford, who himself had a large art collection, and when he died the Sanford bequest was added to the earlier Methuen collection to create the wonderful displays we can see today.

To accommodate the new artwork - and the counter the decay of Nash's work, Methuen brought in Thomas Bellamy to rebuild the north front - the third time in a century this had to be done!

Unfortunately, work on this third attempt followed the same sequence of events as the second; Bellamy was seldom on the site, costs ballooned, and lawsuits inevitably followed. Having said that, he successfully remodelled the Dining Room and Music Room, and his grand staircase is a work of art. 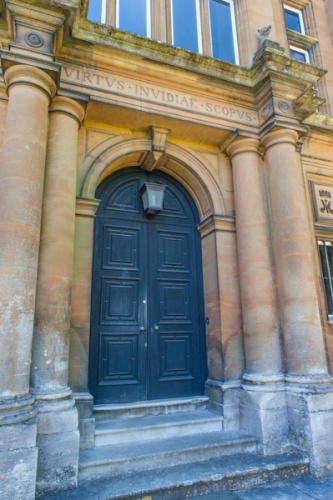 The setting is superb; the Court set in a townscape of lovely warm-toned buildings mixing medieval and Georgian architecture. The manor house is stunning, with projecting wings reaching out towards the main gates. Visitors can view artwork on the ground floor only, or opt to simply enjoy the gardens laid out by Capability Brown.

The Corsham collections are one of the finest and most enjoyable displays of fine art in private hands anywhere in Britain. There is a particular emphasis on Italian works of the 15th-17th century, with several works by Salvatore Rosa, a Neapolitan artist active in Rome.

There are several works by Anthony van Dyck, and a copy of van Dyck's famous painting of Charles I on horseback. More modern are portraits by Sir Joshua Reynolds, George Romney, and a watercolour of Ely Cathedral by JMW Turner. 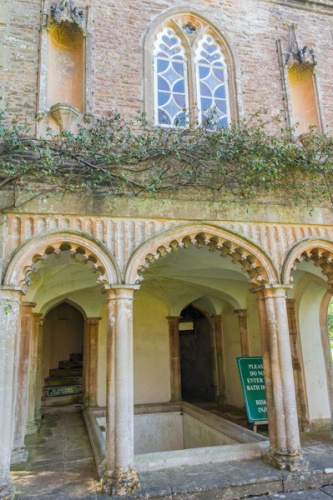 Unfortunate there is no photography allowed inside the house, so we can't share images of the art of the fantastic interior furnishings.

Corsham Court is open throughout the year, with longer hours in summer, and weekend hours in winter. The private wing is only open for guided tours on specified days in summer. Check the website for specific tour dates.

It is a very short and enjoyable walk to the Corsham Almshouses, about 5 minutes away down the avenue leading from the front gates to the Court. Immediately beside the manor is the parish church, which I can highly recommend, and it is worth taking your time to wander around the historic core of Corsham itself, which has a large number of attractive period buildings including a row of houses built for Flemish weavers.

Be aware that the parking area outside the Court has limited hours, and the gate closes promptly at 5:30. If your vehicle is inside the gates you're stuck - we almost were!

More self catering near Corsham Court >>