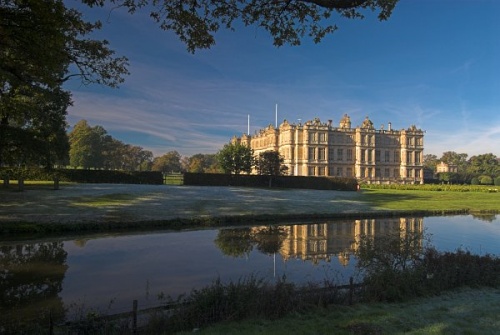 Longleat has worked hard to create a reputation as a major family attraction, with a plethora of theme park activities and the world-famous safari park, but at its core, the estate still revolves around the superb Elizabethan country house.

The symmetrical three-story house was built by Sir John Thynne, who employed Robert Smythson (also responsible for Hardwick Hall) and French architect Allan Maynard. The house stands as a splendid focal point in the 900 acres of parkland landscaped by Capability Brown.

Thynne finished his grand home in 1580, shortly before his death. Though the exterior maintains its exquisite Tudor facade, the interior has been much altered to follow the changing dictates of comfort and fashion. The great hall still boasts its Tudor hammerbeam roof and carved fireplace, but the rest of the furnishings are Victorian.

Much of the interior decoration is in opulent Italian style, modelled after estates in Venice and Genoa. There are superb Flemish tapestries, but the collection of fine period furniture is even better. Fine art dating as far back as the 16th century hangs in gilded splendour on the lavishly decorated walls. The original long gallery (90 feet long) has been converted into a saloon. 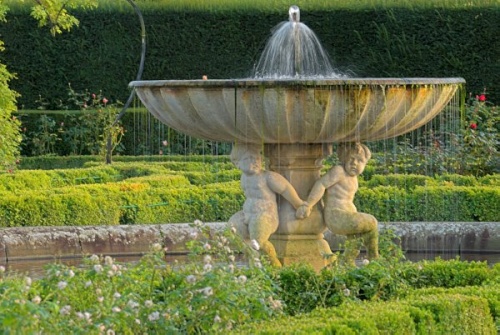 A fountain in the Love Maze

Family portraits in the great hall trace the Thynne family back to Tudor times, and more modern murals by the 7th Marquis are on display in the West Wing.

The Marquis of Bath

One of the many "attractions" that lures visitors to Longleat is the possibility of meeting the colourful owner, the bohemian Marquis of Bath. The Marquis, aka Alexander Thynn, has been known to spontaneously pop out of his private quarters to lead groups around the home he loves.

Among the many purpose-built attractions which surround the house at Longleat are the world's largest hedge maze, a miniature railway, a petting zoo, a mirror maze, Dr Who exhibit, Butterfly Gardens, Postman Pat Village, and Adventure Castle. The place of honour, however, goes to the Safari Park.

The drive-through park, opened in 1966, was the first of its kind outside Africa. Here, animals such as giraffes, Bactrian camels, elephants, monkeys, rhinoceros, deer, tigers, lions, and timber wolves roam through grassland and woodland settings. Visitors can drive through the park, board a special bus, or cruise past the park in 'Safari boats', accompanied by sea lions swimming alongside looking for snacks. 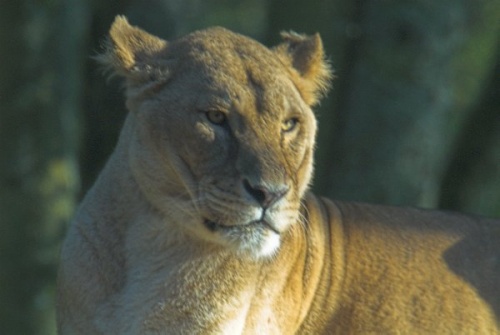 A lioness in the Safari Park at Longleat

Longleat is heaven for families; there is so much to do that the only problem will be trying to fit it all in. The Safari Park is a natural hit with the younger generation, and it is a very enjoyable experience for parents as well. The hedge maze and adventure playground are quite popular - and quite busy as well. If you can, avoid visiting during mid-term school holidays and summer weekends, when Longleat is extremely busy.

The final word on visiting Longleat will go to our 12-year-old son, who, on reluctantly leaving the Adventure playground at closing time, enthused 'That was the very best adventure playground ever!" Now, there's a vote of confidence. 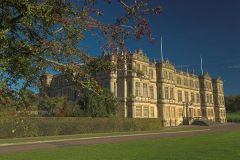 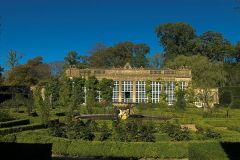 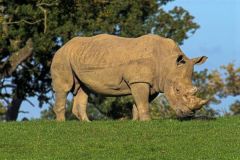 More self catering near Longleat House