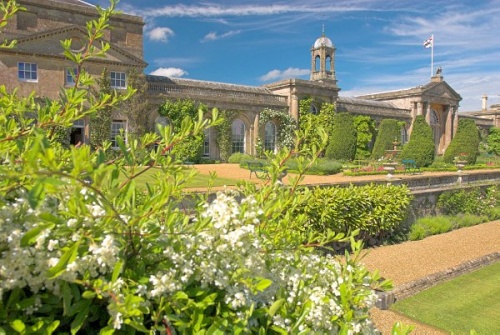 One of England's finest stately homes, Bowood was built about 1725 on the site of an earlier hunting lodge. In 1754 the 1st Earl of Shelburne bought the estate, and over the next few decades, the building was transformed into an imposing yet elegant design, with contributions from many of the finest architects of the day, including Henry Keene, Robert Adam, 'Capability' Brown, and Sir Charles Barry. The extensive gardens (over 2000 acres) remains one of Brown's finest works.

There was a hunting lodge at Bowood in the medieval period, but the first proper house on this site was built in about 1725. The Bowood estate was purchased in 1754 by John Petty, 1st Earl of Shelburne. Petty called in architect Henry Keene to expand the earlier house, adding a service wing and a porticoed entrance.

No sooner had the estate passed to the 2nd Earl in 1761 then Robert Adam and his brother John were called in to update Keene's design. The Adams's were responsible for the decoration of the main rooms, and the creation of the grand Orangery, which dominates the current house entrance. The Adams's also added a mausoleum for the 1st Earl. 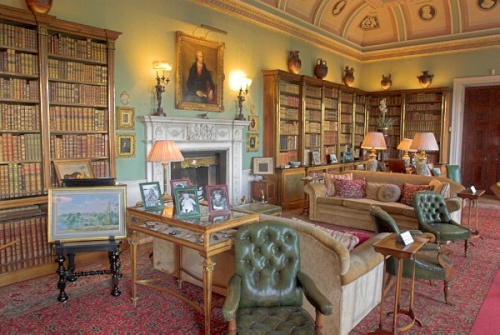 Lancelot 'Capability' Brown was called in to impart his inimitable style to the parkland surrounding the house. This he did in his usual grand style; sweeping away the formality of the previous gardens in favour of open views and carefully planted trees to embellish the gently winding lake at the bottom of the hill. Brown also added a 'pleasure ground' near the house, an area set aside for plants deemed more exotic or intriguing.

During the 1780s the landscape of Bowood estate was embellished by the addition of classical elements in line with the vogue for the 'Picturesque' style. At Bowood, the picturesque took the form of cascades, a hermit's cave, and grotto, and a rock garden.

Further Victorian additions include a clock tower - the work of Charles Barry - an arboretum and pinetum, and the present terraced garden. A very popular later addition is the Rhododendron Walk, which covers fully 60 acres. 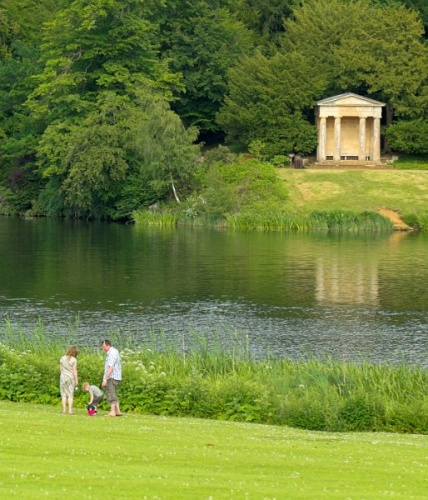 Strolling by the lake at Bowood

The interior of Bowood is an intriguing study in period furnishings and decor. The most striking room in the house is the Orangery, designed by Robert Adam. The Orangery was intended as a conservatory, but now it serves primarily as an art gallery, a function it fulfils admirably due to the large areas of window glass which illuminate the interior beautifully. The Orangery gives access to the small but ornate family chapel, designed by C.R. Cockerell.

A small chamber known today as the Laboratory offers a glimpse into the history of science; it was here that Sir Joseph Priestly 'discovered' oxygen in 1774. Priestly was employed by the 1st Marquess as a tutor for his sons.

At the far end of the Orangery is a light and spacious Sculpture gallery, including classical Roman marbles and more modern pieces. Beyond this is a range of exhibition rooms devoted to an extremely varied collection of family treasures and heirlooms.

Among the most notable items on display are Queen Victoria’s wedding chair, a collection of Napoleonic memorabilia, including the Emperor's death mask and handkerchief, in addition to fine porcelain and works of art.

The house looks out over a formal terrace, and beyond, wide lawns lead down to a lovely wooded lake. Across the lake is a classical temple, and walks lead along the water's edge, through grottoes and past waterfalls, to the temple, which affords a lovely view back to the house. There are acres of landscaped lawns and shaded walks, including the extensive Rhododendron Walk (open only in season).

The Bowood estate features a wonderful variety of children's areas, from an adventure playground to a 'ball-pit', a dark and mysterious grotto, and a very popular waterfall with a wading area. Our children, aged 6 and 12, loved it! 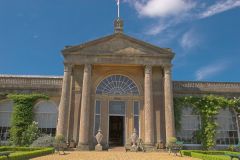 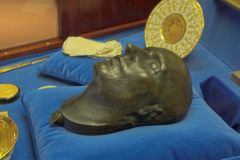 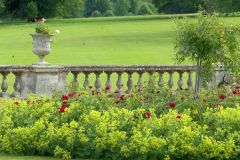 More self catering near Bowood House

Self Catering near Calne