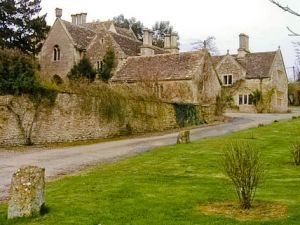 Sheldon Manor
Sheldon is Wiltshire's oldest inhabited manor, with a history going back to the Saxon period. The Grade I listed manor house is primarily 17th century, and is set in a mix of attractive formal and informal gardens.

The Saxon settlement of Sheldon dates to at least the early 9th century. Nothing now remains of the village save the manor house, which itself stands on top of an older dwelling. The Manor was crown property several times during the medieval period, and was briefly owned by Catherine Parr. The powerful Hungerford family owned the estate from 1424 until 1684, though much of that time it was let out to tenants.

The oldest feature is a 13th-century window and the porch, of similar date. Most of the remainder of the house was built in 1659, with some 18th-century additions. 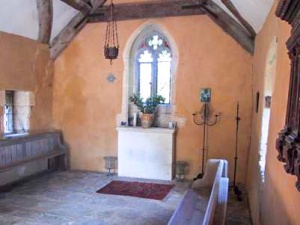 There is a rose garden, at its best in May/June, and a 15th-century chapel stands in the grounds. The chapel dates to about 1450, built by the Hungerford family for their own use. For many years the chapel was used as a stable, but it is now restored to its original purpose.

The gardens include an arboretum, ancient yew trees, and plantings of mulberry bushes. The house served as a setting for Uppercross in the 1995 BBC production of Jane Austen's 'Persuasion'.

Sheldon Manor gardens are occasionally open to the general public; over recent years the house has mainly been open as a wedding venue.

More self catering near Sheldon Manor >>