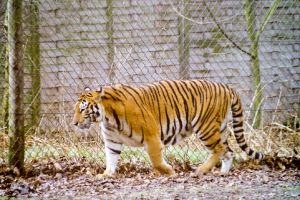 Woburn is the largest drive-through safari park in England and provides an opportunity to study African wildlife close at hand - through a car window. Lions and tigers roam through the park, and visitors can also try their hands at feeding nectar to lorikeets in the glass aviary.

The Safari Park is part of the Woburn Estate, which is centred on Woburn Abbey, a stately home and family seat of the Duke of Bedford.

The Safari Park covers 360 acres of parkland on the estate. The roots of the park go back to the 11th Duke of Bedford, who had a deep interest in zoology. The Duke acted as head of the Zoological Society and created a habitat on his estates for species such as bison, tigers, lions, and antelope. When he began creating space for rare animals the Duke had no thought of creating a public safari park.

Unfortunately, the Woburn Estate suffered from financial problems following WWII, and high death duties meant that there was not enough money to keep up Woburn Abbey house. The 13th Duke found a solution to his financial problems when he opened the Safari Park to the public in 1970.

Not a zoo in the traditional sense, the Safari Park allows animals to wander freely across very large enclosures while visitors drive through in their vehicles. This drive-through philosophy allows visitors to see a wide variety of species up close including elephants, lions, tigers, bison, camels, black bears, rhinoceros, giraffes, zebras, wild asses, oryx, wolves, and many more.

In addition to the drive-through enclosures, there is a large leisure area where you will find gentle varieties of animals such as ponies, goats, wallabies, lemurs, and monkeys. In this area, there are petting zones where younger visitors can touch animals, and there are regular lectures on specific animals. Another family attraction is the Great Woburn Railway, a miniature 20-inch railway that operates in a loop, taking visitors through the deer paddock.

The Park carries out a variety of conservation projects around the world, aiding in animal rescue and aiding efforts to save endangered species. One high-profile success in conservation was a project to save the Pere David deer, which now roam the deer park outside the Safari Park itself.

The Safari Park is extremely popular with families, but note that admission does not allow you to visit Woburn Abbey house itself. Also note that you must arrive in your own car as that is the only way to explore the Park. No dogs are allowed. 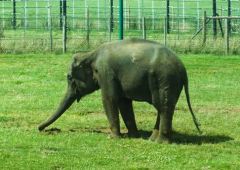 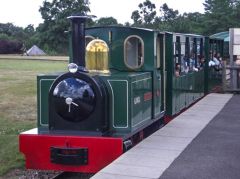 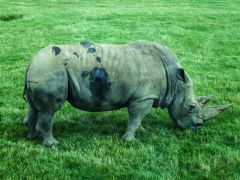 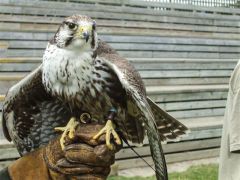