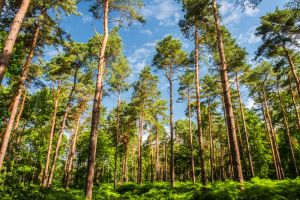 Aspley Wood is one of the largest remaining stretches of woodland in Bedfordshire and offers miles of paths for walking and horse riding, as well as views over Woburn Abbey and Milton Keynes.

The woods are very popular as an area for off-road bicycling (using the miles of bridleways through the woodland). There are mountain bike jumps and a downhill ski area which can be used by cyclists with a permit.

The main visitor car park is off Longslade Lane, between the A5130 Woburn - Woburn Sands and Bow Brickhill road. There is a second parking area further west along the road at Bow Brickhill Church.

Within the woodland is Danesborough Camp, an Iron Age hillfort. The hillfort was in use from the 1st century BC to the 1st century AD. The hillfort is oval in layout and measures about 210m by 130m, following the natural contours of the hilltop. Unfortunately very little can be seen of the earthwork banks and ditches and there are no information panels to explain the overgrown site.

The nearest village is Aspley Guise, which has several interesting historic buildings including a 17th-century manor house and 18th century Guise House.

Our family enjoyed a lovely circular walk of Aspley Woods, starting at the Bow Brickhill Church parking area and following the trails to Danesborough Camp. Be aware that the woods are very popular with off-road cyclists, and the main paths are very likely to be muddy after rains.

The area is sometimes known as Brickhill Woods. 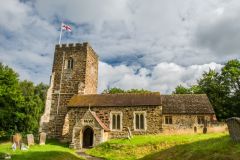 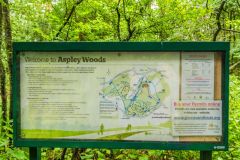 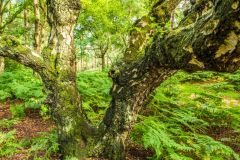 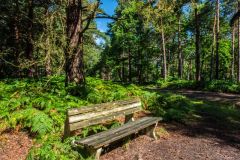 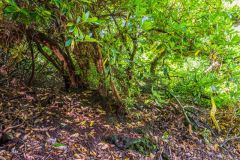 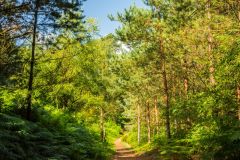 More self catering near Aspley Wood >>