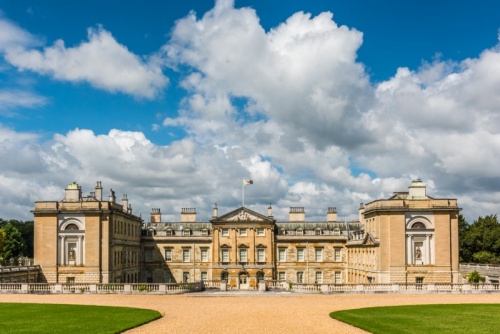 Woburn Abbey began life as a Cistercian monastery in the mid 12th century. The monks had a good four-century run, but the abbey was disbanded in 1543 as part of Henry VIII's Dissolution of the Monasteries. The abbot of Woburn was hanged from an oak tree that still stands at the abbey gate.

In 1547 Henry's son, Edward VI, gave Woburn to Sir John Russell, and it has remained in the possession of the Russell family to this day. 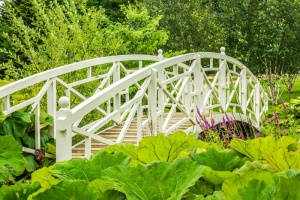 A Chinese bridge in the gardens

The old abbey buildings were not made into a house until 1619, but when the Russells finally got around to improving the old monastery they did it in grand style, creating one of the finest stately homes in England.

In 1694 the then Lord Russell was implicated in the plot to prevent the Catholic Duke of York ascending to the throne, and Russell was among those executed. A few short years later and the pendulum swung the other way and Russell's son was made Duke of Bedford and Marquess of Tavistock by William III as a reward for the faith of his father.

The present house at Woburn Abbey was remodelled by Flitcroft and Henry Holland into a treasure house of ceramics, silver, furniture, and paintings, including, among others, works by Reynolds, Gainsborough, Velasquez, and over 20 views of Venice by Canaletto. 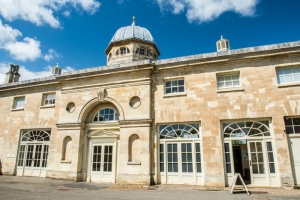 The extensive (3000 acres) gardens at Woburn Abbey were laid out by Humphry Repton beginning in 1802, but today's garden is largely Victorian in character, containing a deer park, ponds, a woodland garden, maze and a Chinese dairy.

Camellia House
Next to the South Court is the Camellia House, a greenhouse added in 1822 by Jeffry Wyatt for the 6th Duke.

Cone House & Hornbeam Maze
At the eastern end of Camellia Lake is Cone House, a re-creation of the rustic shelter that was originally used to view the menagerie. Just beyond Cone House is the Hornbeam Maze, designed by the 6th Duke himself in 1831.

Doric Temple
At the eastern edge of the grounds is the Doric Temple, a neoclassical folly in Greek style built to surprise visitors strolling through the Abbey grounds.

Rockery & Bog Garden
A short distance from the Doric Temple is the Rockery, rising over a rustic grotto. The Rockery is topped by an Oriental pavilion that won a 2012 award from Hudson's Heritage for the best new commission. Below the Rockery stands the Bog Garden, home to several varieties of carnivorous plants.

Chinese Dairy and Children's Garden
Near the entrance to the grounds stands one of the most unusual features in the grounds of Woburn Abbey; a dairy in Oriental style. Architect Henry Holland designed the Dairy in 1787 and it was restored in 2009.

Just north-east of the Chinese Dairy is the Children's Garden, a restoration using the original 200-year-old plans. Within the garden is The Folly, a picturesque 'ruin'. Romantic ruins were extremely fashionable for country estates in the 18th century and added a focal point for strolling through the grounds. 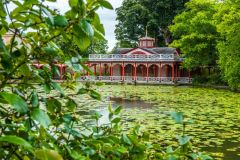 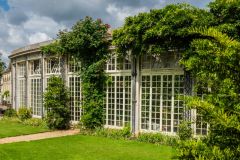 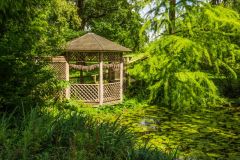 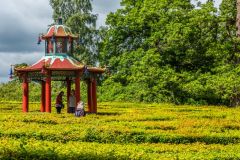 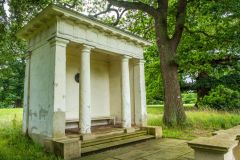 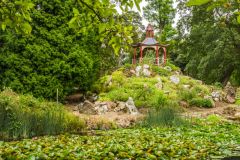 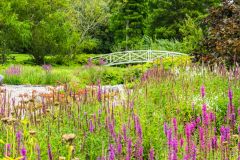 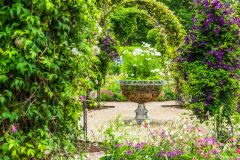