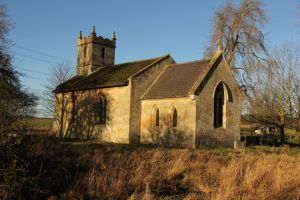 A small village, little more than a hamlet, near Sleaford, Brauncewell features a small redundant church of St Andrew. The village was noted in the Domesday Book of 1086, at which time it had a manor house with two carucates and six bovates of land. Nearby is the historic house of Fulbeck Manor, and only 8 miles away is Aubourn Hall.

South of the church is a field known as Home Close. If you examine the field you can easily see the undulations formed by the foundations of buildings that made up the medieval village of Brauncewell, now covered completely by turf. Some walls are visible, still standing up to 2 metres high in places. Several of these now collapsed buildings were visible as late as the 19th century, among them one thought to have been the vicarage.

Though there has undoubtedly been a church at Brauncewell since the Saxon period, the oldest feature of All Saints is a grave slab in the nave that dates sometime between the 10th and 12th centuries. The church also retains its 16th-century octagonal font; much of the remainder comes from the 19th-century rebuilding.

Not surprisingly, given the few families that remain, the church was declared redundant in 1973 and is now cared for by the Lincolnshire Churches Trust.

Aside from the church, the only building of note is Brauncewell Hall, a late 17th-century farmhouse of rubble dressed with ashlar under a tile roof.

Curiously, there is a second deserted medieval village in the parish; with the remains of Dunsby located east-south-east of Brauncewell. 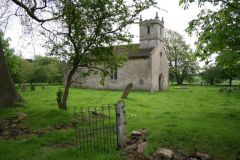 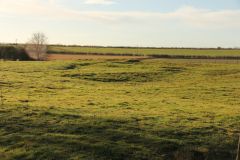 More self catering near Brauncewell >>

More bed and breakfasts near Brauncewell >>