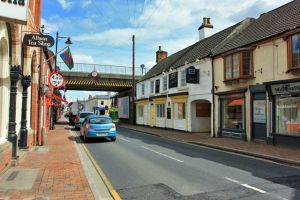 A small, attractive market town on the western fringe of the Lincolnshire Wolds. Market Rasen is composed mainly of red brick buildings, with the historic centre of town being largely Georgian and Victorian. The parish church is medieval but was much restored in the Victorian period.

The town was originally known as East Rasen, a less important settlement than nearby Middle Rasen. When East Rasen was granted the right to hold a weekly market it gained in importance and became the larger settlement.

The growth of a market eventually gave rise to a very odd dispute; in the mid-19th century, the merchants of Market Rasen wanted to build a Corn Market; where merchants could purchase goods from local farmers.

Unfortunately, they couldn't agree on where to build it, so two rival Corn Exchanges were built, one on the Market Square, the other on Queen Street. The Market Street site later served as the Town Hall but was pulled down in 1960. The Grade II listed Queen Street Corn Exchange still stands and serves as an office space.

Another period of prosperity came when a turnpike road from Louth to Gainsborough passed through the town. The old turnpike road followed the course of the modern A631.

One resident of Market Rasen who would have known the turnpike road well was George Tennyson, grandfather of the poet Alfred, Lord Tennyson. George Tennyson had a law practice here from 1774 and maintained a large covered pew in St Thomas church. His son George was born in Market Rasen and would become the poet's father.

Another native of Market Rasen was Dr John Connolly, born in 1794 in a house that once stood at the corner of Market Street. Connolly is known for his pioneering work in the treatment of the mentally ill. Until his time mentally ill people were treated abominably; often kept in chains and under constant restraint.

Connolly had the radical notion that mentally ill people should be treated with 'invariable kindness', and his campaign for the fair and humane treatment of the insane transformed methods of care throughout Europe and North America.

The Magistrates' Court and Police Station were built in 1849. They were probably badly needed, for until then legal proceedings were held in the White Hart pub on King Street, and petty criminals were kept in policemen's' homes, with the policemen's' wives expected to feed the criminals.

A place of worship has stood on this spot for over 800 years. The early medieval church was owned by the priory of Sixhills, and the priory appointed priests until the Dissolution of the Monasteries under Henry VIII.

The oldest parts of the current building are 14th century, with major rebuilding in the 18th century and another in the late Victorian period. The most dramatic event in the history of St Thomas' came in 1563 when a mob of religious reformers removed religious statues and other 'Papist' imagery from the church and burned them in the market place.

On the outskirts of town is Market Rasen Racecourse, a popular venue for horse-racing aficionados.

The town is also a good centre for exploring the Wolds and is only a short walk from the long-distance Viking Way. Just three miles away is 'The Rambler's Church' at Walesby, known for welcoming walkers on the Wolds. 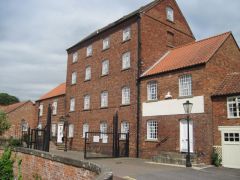 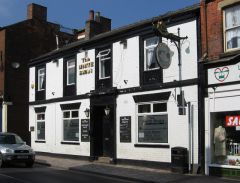 More self catering near Market Rasen >> A ground floor cottage located on the outskirts of Market Rasen, Lincolnshire and can sleep two people in one bedroom.
Sleeps 2 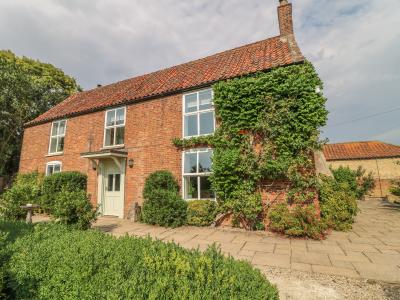