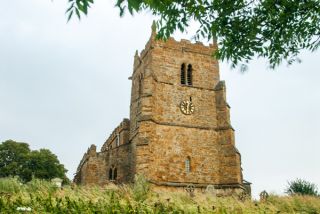 Walesby
A lovely village on the very edge of the Lincolnshire Wolds. Walesby has two parish churches; the most interesting by far is the old medieval church atop the hill over the village. This is the so-called 'Rambler's Church', favoured by walkers following the Viking Way long-distance path, which runs right through the churchyard. There are fabulous views from Walesby church, looking west towards Lincoln.

There is a very popular candlelight carol service here on the second Saturday in December and a dawn service on Easter. There are fabulous views from Walesby church, looking west towards Lincoln. Those views are the reason the hilltop was used to build a beacon in 1588 as part of the defences against the Spanish Armada invasion.

In 1988 a replica of the original Elizabethan beacon was erected to commemorate the 400th anniversary of the first sighting of the Armada.

The second, modern church was built in 1913 by architect Temple Moore, in Arts and Crafts style. A hurricane in the 1930s caused damage to the spire, so it had to be removed. In 2008 an earthquake caused a large crack to appear in the tower and masonry began to fall, so the church had to be shut for safety. As far as we can determine it has now been reopened.

Walesby was mentioned in the Domesday Book of 1086 when it was called Walesbi. The current population is about 200.

More self catering near Walesby >>

More bed and breakfasts near Walesby >>