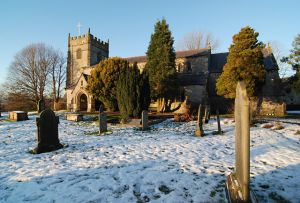 A beautifully situated town at the foot of Ingleborough, one of the famous Three Peaks of the Yorkshire Dales. Ingleton is famous for the caves which riddle the nearby hills, including White Scar Cave. It is also known for the number of lovely waterfalls in the area. A circular trail leads from the centre of Ingleton past several of the most spectacular of these falls, including Thornton Force and Rival Falls.

The first known settlement here came in the Iron Age when the Brigantes tribe established a hill fort on Ingleborough. When the Romans defeated the Brigantes they erected a fort beside the hill fort. Ingleton was a strategic river crossing and several major Roman roads passed through the area.

During the Elizabethan period the manor of Ingleton was owned by the Lowther family, but the Lowthers supported the Royalist cause in the Civil War and were forced to sell the estate. The area became a centre for coal mining, and later for milling.

This popular showcave was discovered in 1923 and features The Battlefield, one of the largest caverns in Britain at 300 feet long. The cave system is formed of pockets in a bed of Carboniferous limestone. Other features include a waterfall, a peculiar formation of striations known as the Witch's Fingers, a stalagmite that resembles a bewigged judge, and delicate orange stalactites resembling carrots.

This iconic 19th-century viaduct is all that remains of the branch line railway that used to link Ingleton with Kirkby Lonsdale and Sedbergh. The viaduct stretches 800 feet across the River Greta and is carried on 11 arches, each 57 feet wide. It was begun in 1848 by the Midland Railway but only finished in 1860 by the London and North Western Railway, with a station at either end of the span. 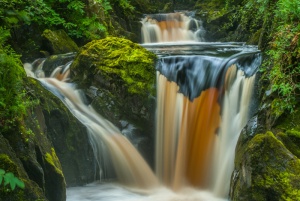 Overlooking the River Greta stands Ingleton's historic church. The current building dates to 1886 but it incorporates a much older 12th-century building. The Norman font remains from that first church.

The font is finely carved with scenes from the life of the Virgin Mary. Another highlight is a copy of the famous Vinegar Bible of 1717, so named because the person who transcribed the Parable of the Vineyard mistakenly wrote 'Vinegar' instead of 'Vineyard'.

Most people visit Ingleton to explore the waterfalls for which the area is famous. A very popular circular trail called the Waterfalls Trail links several of these waterfalls. The waterfalls trail was launched in 1885, and visitors came in droves by train from Manchester, Bradford, and Leeds to pay the 2d entrance fee.

The trail has been improved beyond recognition since the first Victorian visitors set foot on the circular route, but the waterfalls you see today remain as they have been for thousands of years.

There are 8 major falls along the route. Heading north along the River Twiss from the Waterfalls Walk entrance you come to First Pecca and Pecca Twin falls, followed by Hollybush Spout and Thornton Force. You then have to leave the Twiss valley and follow the trail across country to join the River Doe.

There is a refreshment centre near Twistleton Farm where you can put your feet up before heading south along the Doe towards Ingleton. On the way, you pass Beezley Falls, Triple Spout, and my favourite falls on the Walk, Rival Falls. The last waterfall is Snow Falls, on the southern end of Baxenghyll Gorge.

Editor's Note
Our family has taken the Waterfalls Walk, and I can highly recommend it. Even our 6-year-old daughter found it interesting, which is saying something. Each of the falls has a different character, and you can get extremely close to the water is complete safety for most of the falls and get very good views of all of them from the trail. The walk is 4 miles long and will take from 2-4 hours to complete, depending on how fast you walk - and in my case, how often you stop to take photographs! 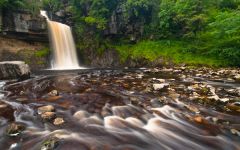 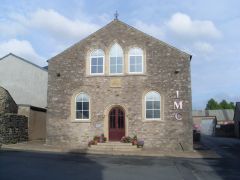 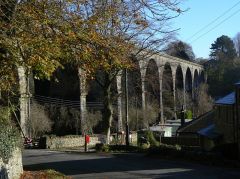 More self catering near Ingleton >>

More bed and breakfasts near Ingleton >>