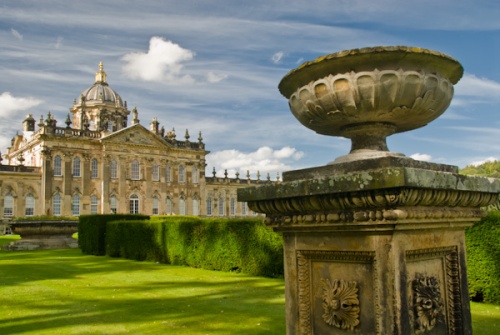 Yorkshire is the largest English county, and perhaps the most difficult to generalize about! There is so much diversity in landscape, and such a range of attractions to visit that someone's favourite bit is sure to be left out!

More than any other region Yorkshire is conscious of it's Viking heritage. The city of York was the centre of a Danish kingdom that encompassed the north of England, and this heritage is explored in the award-winning Jorvik Viking Centre in the city.

The magnificent York Minster draws most visitors to York, but once you've explored the church and marvelled at the magnificent medieval stained glass, its time to walk the city walls - see if you can spot the remaining Roman parts of the walls - or visit one of the medieval buildings of which York is justifiably proud. 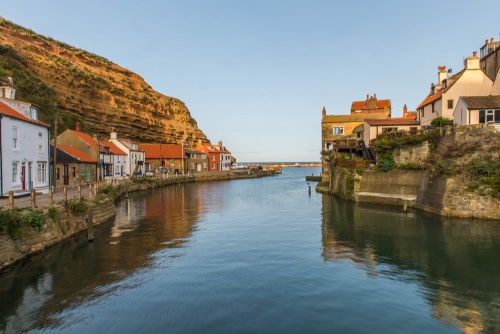 Other places we loved:

Too many people limit their Yorkshire experience to the city of York, however, and miss the delights of the countryside. The county contains not one, but two national parks - the Yorkshire Dales and North York Moors.

The Dales provide excellent walking opportunities, including one nature trail which passes Ingleborough Showcaves, home to the deepest waterfall in England. Not to be outshone is White Scar Cave at Ingleton, at 300 feet the longest show cave in Europe. 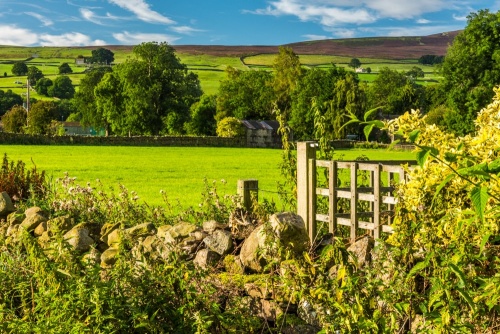 Reeth, in the Yorkshire Dales

If you prefer your delights above ground, the North York Moors provides more wonderful walks, including the Cleveland Way long-distance path, which encircles much of the park. Midway between the Dales and Moors is Herriot Country, a region of gentle hills and grey stone villages made famous by Yorkshire's favourite (fictional) vet, James Herriot!

Medieval monks sought out the remote places of Yorkshire for their abbeys, and today the county boasts some of the finest ecclesiastical remains in the country. Fountains Abbey, now part of the Studley Royal estate, offers arguably the finest Cistercian architecture in England, but it has its rivals at Jervaulx, Rievaulx, Bolton, and Byland, to name just a few.

Whereas the Cistercians were known for their simplicity, the same cannot be said for Charles Howard, the 3rd Earl of Carlisle. The Earl was responsible for the extravagant baroque estate of Castle Howard, where the trademark dome stands fully 80 feet above the opulent mansion begun by Sir John Vanbrugh in 1699. The interior of Castle Howard is every bit as impressive as the exterior and is filled to overflowing with superb fine art, furniture, sculpture, and porcelain collections. 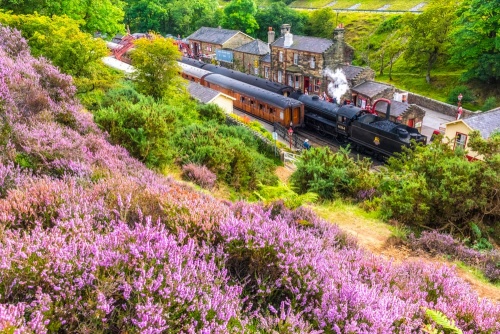 Don't stop at Castle Howard if you love stately homes! Try Newby Hall, built to a design by 18th-century classical master Robert Adam, who also had a hand in Aske Hall, where the remains of a 13th-century peel tower are incorporated in the design. Harewood House near Leeds is one of Adam's finest remaining works, and Brodsworth Hall is a Victorian "time-capsule" of a house set in lovely restored gardens.

Moving from opulent homes to seaside villages, visit the old smuggler's haunt of Robin Hoods Bay, or nearby Whitby, where native son Captain Cook set sail. Ravenscar is a Victorian attempt at a planned resort town, but still more popular is Scarborough, a traditional resort town with a proud fishing and sailing heritage.

From coast to countryside, Yorkshire truly does have something for everyone. When you come, set aside some time to get off the beaten track and explore places the tour buses don't go; you'll find Yorkshire offers a range of unforgettable experiences!