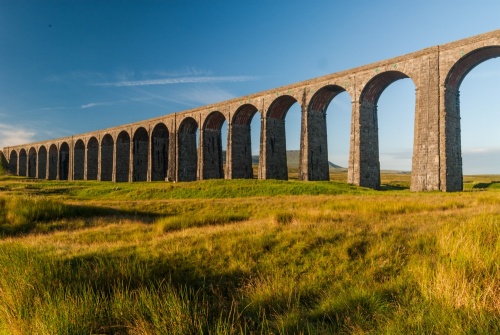 The Ribblehead Viaduct is one of the great Victorian feats of engineering in England, a triumph of 19th-century know-how - but a triumph that came at a tragic cost to human life. The viaduct carries the Settle to Carlisle Railway line across Batty Moss (giving it the alternate name of Batty Moss Viaduct).

The viaduct was designed by John Crosby for the Midland Railway in 1869. Crosby was the company's chief engineer and was responsible for most of the railway line's construction.

The huge viaduct required a workforce of some 2,300 navvies, who lived in three hastily-constructed shanty towns at the base of the structure, many of them with their wives and families. The shanty towns were dubbed Belgravia, Sebastopol, and Batty Wife Hole. The area where they stod is now part of a scheduled ancient monument. 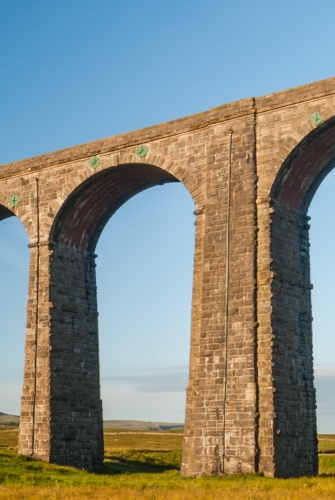 The Ribblehead Viaduct may have been an engineering triumph but it was a deadly dangerous structure to build. Over 100 men died during the construction of the Viaduct, so many that the railway company had to pay for extensions to local graveyards to accommodate the dead.

Not all died in construction accidents; some were killed in fights and others from an outbreak of smallpox. Over 200 workmen, their wives, and children were buried in the churchyard at Chapel-le-Dale.

The Settle to Carlisle line was the last major railway in England to be built primarily with manual labour. 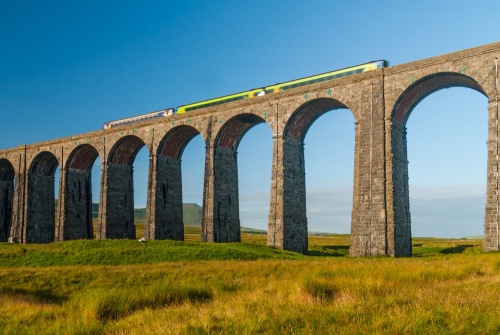 A train passes over the Viaduct

The Viaduct is built of a combination of red brick and limestone blocks held together with lime mortar. Over 1.5 million bricks were used in construction and the largest of the limestone blocks weigh in at a remarkable eight tons.

The Viaduct is the longest on the Settle to Carlisle line, though not the tallest; the Smardale Viaduct is 131 feet (40m) tall and the Arten ill Viaduct is 117 feet (36m) tall.

There is a small visitor centre in the Ribblehead railway station where you can learn about the history of the viaduct and the Settle to Carlisle railway line. Beside the station is the Station Inn, a traditional country pub with free parking and wonderful views of the viaduct.

There is a small car park on the B6255 just south of the viaduct. From there you can either walk out onto the low ground beneath the viaduct or pop into the railway station where you get a good view of the viaduct from above.

More self catering near Ribblehead Viaduct

Self Catering near Ingleton