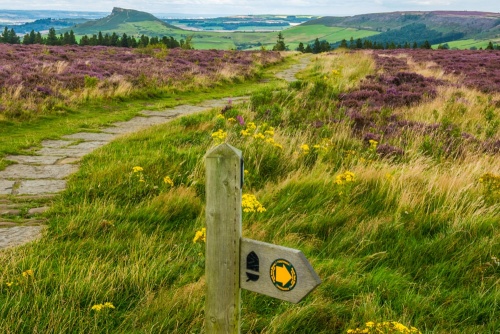 The Cleveland Way is a walk of contrasts. For most of its route it runs through the wild beauty of the North York Moors National Park. Reminders of a colourful past abound along the trail, from the remains of the marvellous Cistercian abbey at Rievaulx to the ruins of Roman signalling stations that dot the coastline.

More recently this region was home to explorer Captain James Cook, who grew up near Roseberry Topping. The moors are a place of wild beauty, lush with purple heather in summer, and home to red grouse and curlew. 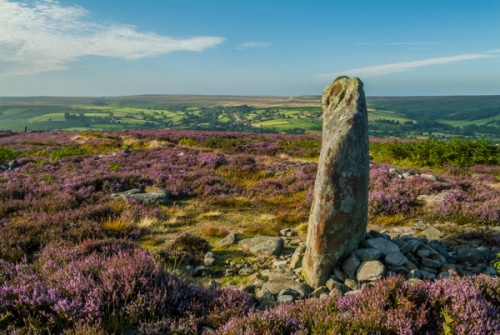 At the edge of the moors you'll find grasslands and scattered woodland, with sheltering displays of bluebells in the spring, and the occasional wild garlic. If you want a break from walking, take a ride on the North York Moors Railway.

The rugged coastline, from Saltburn-by-the-Sea to Filey, is a place of craggy beauty and isolated fishing villages, such as Staithes and Robin Hoods Bay. Captain Cook first set out to sea from the port at Whitby, and his ships were built there.

There are links from the Cleveland Way to two more Long Distance Paths: the Wolds Way and the Coast to Coast Walk.

Both laminated and plain paper maps are available - in association with Aqua3.com

Walking the Cleveland Way and the Missing Link, by Malcolm Boyes, Cicerone Press, £5.99

Stillwell's National Trail Companion by Tim Stillwell and Dean Conway, Stillwell Publications, £7.96 - lists accommodation on and near national trails throughout the UK and Ireland