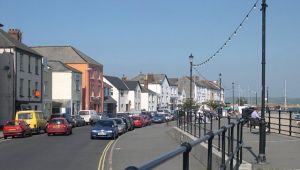 Situated at the junction of the Taw and Torridge rivers, Appledore is a popular fishing village with atmospheric cobbled streets. Many of the cottages date from the Georgian period. There is a tidy pebble beach, and the opportunity to try your hand at fishing and boating.

The name Appledore may come from Saxon words meaning an apple tree. We do know that there was a Saxon settlement here at least as early as the 9th century, for a raiding party of Danes sacked the village in AD 878.

Appledore has a long history as a centre for shipbuilding, a heritage that lives on in the North Devon Maritime Museum on Odun Road. The museum is housed in a Georgian house once owned by shipbuilders. Here you can learn about local history, from Danish raids, medieval trade, and 18th-century smuggling. Find out how Appledore was granted the status of a port by Elizabeth I for its role in helping repulse the Spanish Armada.

St Mary's church is a relatively recent addition to the Appledore landscape, but the origins go back to 1662 when Rev Anthony Down was ejected from the living of Norham church for his radical views. A Dissenters chapel was erected at Appledore in 1699 and rebuilt in 1816.

The striking parish church was built in 1836 and boasts some very colourful 19th-century stained glass, and a screen made from timbers salvaged from the Marco Polo sailing ship. The church site was used for a very early chapel in the pre-Norman period.

From Appledore, you can take a seasonal ferry to Instow, a pretty fishing village with a historic pier and a small, sandy beach. In recent years Appledore has gained a reputation as a gathering place for artists and craftspeople, and the village hosts an annual craft fair and arts festival.

The real attraction here is the maze of cobbled streets and courtyards near the harbour, with old fishermen's cottages painted in bright colours, and decorated with colourful hanging baskets of flowers.

Don't confuse this Appledore with the Appledore in Romney Marsh, Kent! 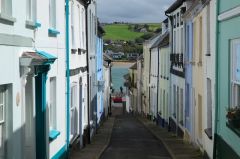 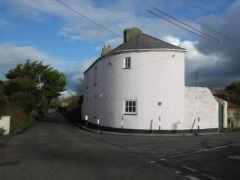 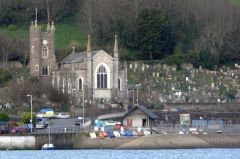 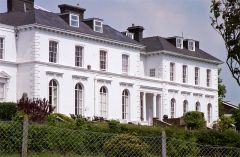 More self catering near Appledore >>

More bed and breakfasts near Appledore >> 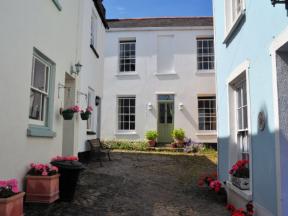 Anchor House is a double fronted former fisherman s cottage which has been lovingly furnished and decorated retaining much of its traditional charm. Set in a cobbled courtyard the house …
Sleeps 4