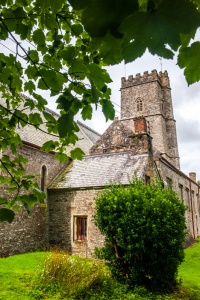 The Domesday survey of 1086 mentions the presence of a church in Marwood, but the earliest part of the present church of St Michael and All Angels dates to the 13th century. That first church must have been quite cramped, for in 1309 the Bishop of Exeter ordered the parishioners of Marwood to enlarge their church within a year or suffer a fine of £10.

The church was comprehensively rebuilt in the 15th century, leaving only the chancel and south transept the best surviving features from the 13th century building. Part of the rebuilding was a chantry chapel, probably built by the Chichester family.

The west tower rises in three stages to an embattled top and is an excellent example of late medieval craftsmanship.

You enter the church through a 14th-century doorway. Outside the porch is a sundial dated 1762, showing the time on Marwood but also in Jerusalem and other European capital cities.

The nave has a collection of beautifully carved 15th-century bench ends. The benches are carved with a variety of designs, including initials, saints, and heraldic shields. Look for the carving of a Green Man on a carved capital at the west end of the nave arcade. 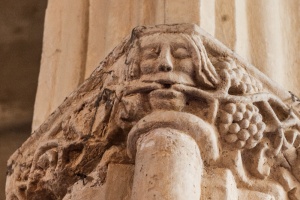 The north aisle was rebuilt in 1763, which would explain the unusually large plasterwork royal coat of arms to George III. The wagon roof is decorated with carved ribs and bosses.

The 17th-century font is neo-Norman, but the original medieval font bowl is still intact and sits in the corner. The font cover was carved by John Robinson, who was responsible for several sculptures on show at Marwood Hill Gardens, beside the church. Near the font is a small area of original medieval floor tiles.

By far the most impressive historic feature is the 16th-century screen, spanning the east end of the aisle. What we see today is only a small part of the original, which was sadly destroyed by a Victorian rector around 1850. Carved door panels show that the screen was given by Rev Sir John Beauple (or Beapul).

There seems to be some debate as to exactly when the screen was created. Most guidebooks describe it as being carved in 1535 or 1540. However, Sir John was rector until 1561, so it is possible the screen dates to later than usually thought. The carving style is very similar to the screen at Atherington, also in Devon, so it is possible that the same craftsman was responsible for both screens. 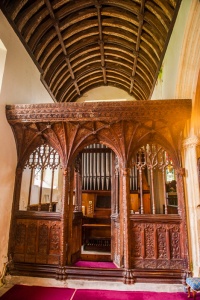 Though cut down from its original size the screen is considered one of the finest in England. The screen is three bays wide, and has exceptionally detailed spandrel carvings. The panel carvings are fascinating; many depict apparently pagan symbols, and you can make out a Green Man and human figures that look very much like Amazon Indians. Unusually, the rear of the screen is carved with lovely tracery and is very well-preserved.

In the chancel is a 14th-century piscina, and 3 choir stalls on the north wall have medieval misericords.

There are several very good 17th and 18th-century monuments, including a 1633 wall tablet on the south wall of the nave. On the south nave wall is a very poignant 1652 monument to William and Anthony Peard, who died just a month apart at the age of 16 and 19 respectively.

Perhaps the most interesting memorial is to William Parminter, who died in Panama in 1737. Parminter served as Inquisitor General of the South Sea Company, whose collapse is popularly known as The South Sea Bubble.

The inscription tells a humorous story; it reads 'This monument having lost its hold on the wall where it had been fixed-fell on the floor and was much mutilated. A grateful recollection of a respectable Ancestry imposed the necessity of its re-erection on a Surviving Descendant C1821'. In plain English, the memorial fell on the floor and was shattered, so Parminter's descendants chipped in and had it re-erected.

St Michael's is an absolute delight to visit. The combination of the 16th-century screen and carved bench ends make it one of the most enjoyable churches I've had the pleasure of visiting in North Devon. The church is usually open daylight hours. Do take the time to visit Marwood Hill Gardens, located immediately beside the church. 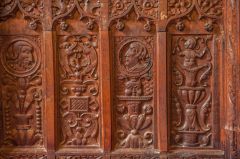 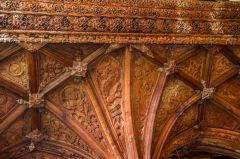 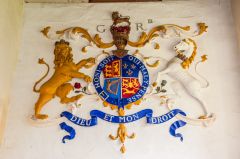 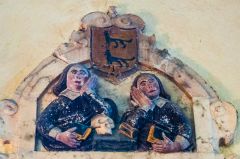 More self catering near Marwood

More bed and breakfasts near Marwood