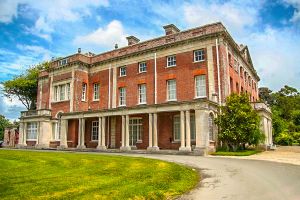 Tapeley Park
Tapley Park is a Queen Anne manor, built in 1704. The gardens surrounding the house are a mix of formal Italianate terraces, kitchen gardens, and a permaculture garden. Tapley is operated with a focus on environmentalism, and alternative approaches to sustainable horticulture.

The pretty brick and stone mansion at Tapley was built by the Cleveland family. According to family legend, William Cleveland sailed his ship up the Torridge estuary in 1702, and, scanning the banks of the river with his telescope, spied a large farmhouse on a rise above the river.

Cleveland instantly is said to have proclaimed, 'That is the place for me'. And so it proved, for he bought the farmhouse and proceeded to replace it with the elegant new Queen Anne house we see today.

Generations of Clevelands followed at Tapley, including Archibald, who served in the 17th Lancers and was only one of 3 officers to survive the Charge of the Light Brigade in the Crimean War. A monument to Archibald Cleveland was erected near the house in 1856, but it was struck by lightning and destroyed in 1933.

Surrounding the house is a mix of formal and informal gardens. One of the oldest features is the Italianate terraces, planted with tender species of flowers rarely seen in Britain. Throughout the terraces are dotted small statues, obelisks, and steps, to create a magical journey through hedges, tunnels of green foliage, and past hidden garden seats.

There are small follies dotted throughout the garden, offering a delightful fantasy refuge. There is a walled kitchen garden, with old fruit trees, and a long greenhouse built in the 1930s.

One of the big attractions at Tapley is the Permaculture Garden, using companion planting to create a sustainable vegetable and fruit garden, beside a wild garden, producing plants for eating, for fuel, medicine, and for making clothes, all without the need for chemical fertiliser, pesticides, or herbicides.

Tapley Court was the subject of an episode of the TV show 'Country House Rescue', where the owner was helped to restore the house and estate to a sound financial state. One of the effects of the programme is that Tapley now welcomes visitors to add information panels throughout the gardens, and at the entrance, telling the history of the house and the family. There are a cafe and a shop selling organic produce grown on the site.

More self catering near Tapeley Park >> 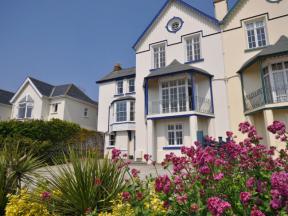 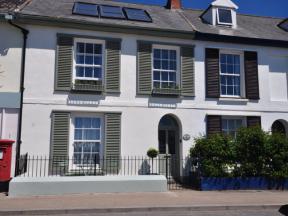