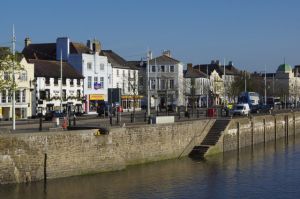 A market town on the Torridge River in north Devon, Bideford has a long history as a seafaring centre. Many of the most impressive historical buildings in the town centre were built by successful ship owners.

Bideford Long Bridge, built in 1474, uses no less than 24 arches to span the river, joining Bideford to 'East the Water' on the far side. Author Charles Kingsley wrote much of his most famous work, 'Westward Ho!' in the Royal Hotel in Bideford.

The name Bideford means 'by the ford', suggesting that the town grew up around a ford across the River Torridge. The town was recorded in the Domesday Book of 1086. It seems to have been held first by the Saxon nobleman Brictric, then by William the Conqueror's wife, Queen Matilda.

An unsubstantiated story suggests that Brictric rebuffed Matilda's romantic advances and as a result, she seized his estates. We do know that during one of King William's absences from England, Matilda acted as regent, and one of her acts was to take Brictric's estates and throw him into prison, where he subsequently died.

The Bideford estates later passed to the Barony of Gloucester, under the Grenville family. In 1272 Richard V de Grenville obtained a charter from Henry III to establish a town council for Bideford.

In 1286 a timber bridge was built across the River Torridge. This first 'Long Bridge' was rebuilt in stone in 1474 and still carries traffic over the river. Each of the 24 arches is a different size. The traditional explanation for this is that each arch was built by a different trade guild, and each guild made their own design decisions. Another explanation is that the arches were built on large stones in the river bed and the stones were naturally placed at irregular intervals.

The Grenville family played a major role in Bideford's development and were lords of the manor until 1711 when they voluntarily gave that title to the town council they had founded.

Among the most famous of the generations of Grenvilles to hold the manor was Sir Richard Grenville (1542-1591), known for his exploits as captain of the Revenge. Grenville was born where 1-3 Bridge Street now stands and helped transform the town from a small fishing port into a busy trading port, developing strong shipping ties with the American colonies and the import of tobacco. Bideford became the third largest port in Britain, relying mostly on trade with the New World.

In 1682 3 local women were accused of witchcraft. Though the evidence was mostly hearsay, the three were found guilty and hanged in Exeter, possibly the last hangings for witchcraft in the country.

Bideford's parish church is dedicated to St Mary and stands on the site of an earlier Saxon church. The pride of St Mary's is a finely carved Norman font, dating to about 1080. The font was thrown out of the church by Cromwell's soldiers during the upheaval of the Civil War, and for a time it was used as an animal trough. 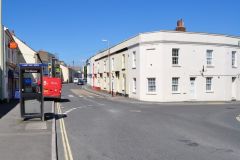 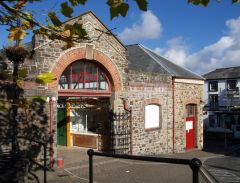 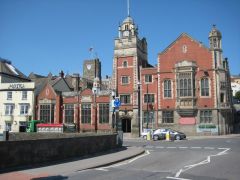 More self catering near Bideford >>

More bed and breakfasts near Bideford >> 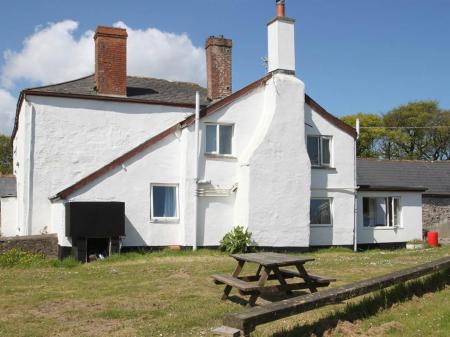 This semi-detached farm cottage is near Westward Ho! and the town of Bideford and can sleep up to six people in two bedrooms.
Sleeps 6 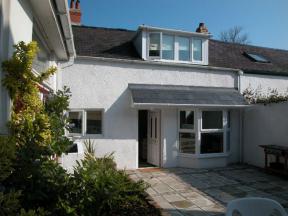 Set in between the beautiful and historic village of Appledore and market town of Bideford you can enjoy walks to either of these locations from the property. The surrounding area …
Sleeps 4